Accusations of witchcraft abound with lethal consequences during the Great Plague in The Reckoning, the new movie from Neil Marshall (Dog Soldiers, The Descent), and ahead of its April 6th release on Blu-ray and DVD from RLJE Films, we've been provided with two Blu-ray copies to give away to lucky Daily Dead readers!

Prize Details: (2) Winners will receive (1) Blu-ray copy of The Reckoning.

Entry Details: The contest will end at 12:01am EST on April 5th. This contest is only open to those who are eighteen years of age or older that live in the United States. Only one entry per entry method, per household will be accepted.

Press Release: RLJE Films, a business unit of AMC Networks, and Shudder, AMC Networks’ premium streaming service for horror, thriller and the supernatural will release the horror film, THE RECKONING on DVD and Blu-ray on April 6, 2021.

THE RECKONINGstars Charlotte Kirk (Ocean’s Eight, Vice, How To Be Single), Joe Anderson (Across The Universe, The Crazies), Steven Waddington (The Imitation Game, “The Tudors”) and Sean Pertwee (Dog Soldiers, Equilibrium).The film was directed by Neil Marshall (The Descent, Dog Soldiers, Doomsday), who co-wrote the film alongside Kirk, (making her feature screenwriting debut), and Edward Evers-Swindell (Dark Signal). RLJE Films and Shudder will release THE RECKONING on DVD for an SRP of $27.97 and Blu-ray for an SRP of $28.96.

In THE RECKONING, after losing her husband during the Great Plague, Grace Haverstock (Kirk) is unjustly accused of being a witch and placed in the custody of England’s most ruthless witch-hunter, Judge Moorcroft (Pertwee). Forced to endure physical and emotional torture while steadfastly maintaining her innocence, Grace must face her own inner demons as the Devil himself starts to work his way into her mind.

THE RECKONING DVD and Blu-ray will include Deleted Scenes as a bonus feature. 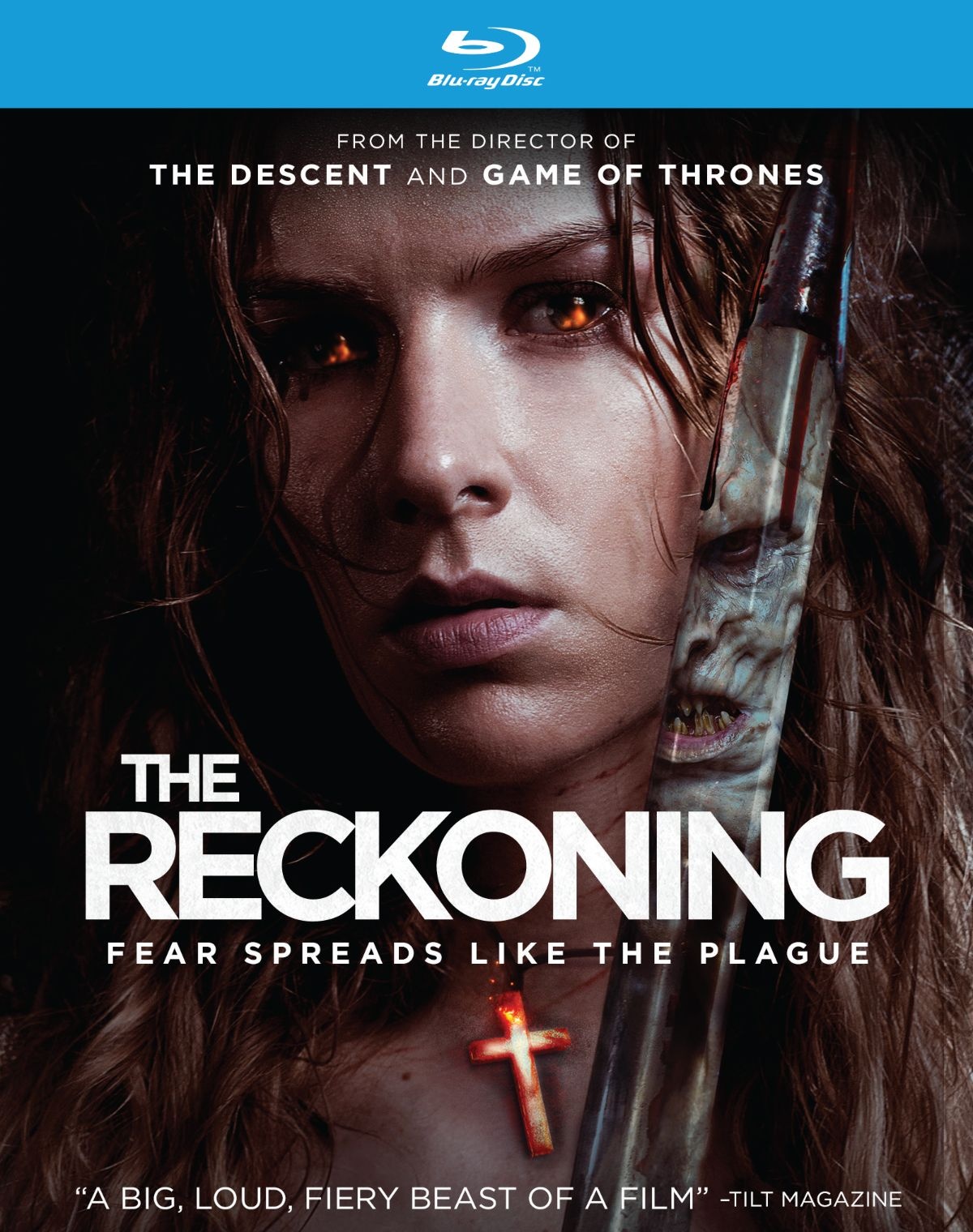