An exorcism goes viral in The Cleansing Hour, and with the new horror film now on VOD, Digital HD & DVD from RLJE Films, we've been provided with two DVD copies to give away to lucky Daily Dead readers!

2. Email: For a chance to win via email, send an email to contest@dailydead.com with the subject “The Cleansing Hour DVD Contest”. Be sure to include your name and mailing address.

Entry Details: The contest will end at 12:01am EST on January 26th. This contest is only open to those who are eighteen years of age or older that live in the United States. Only one entry per entry method, per household will be accepted.

Press Release: RLJE Films, a business unit of AMC Networks, has picked up select rights to THE CLEANSING HOUR, from Shudder, AMC Networks’ streaming service for horror, thriller and the supernatural. THE CLEANSING HOUR will be released on VOD, Digital HD and DVD on January 19, 2021. The horror film stars Ryan Guzman (The Boy Nextdoor, “9-1-1”), Kyle Gallner (American Sniper, Dear White People) and Alix Angelis (The Magnificent Seven, Love’s Last Resort). THE CLEANSING HOUR was directed by Damien LeVeck (Dark, Deadly & Dreadful) who co-wrote the film alongside Aaron Horwitz, making his feature screenwriting debut. RLJE Films will release THE CLEANSING HOUR on DVD for an SRP of $27.97.

In THE CLEANSING HOUR, Max and Drew run a popular webcast that streams “live exorcisms” watched by millions across the globe. In reality, the exorcisms are just elaborately staged hoaxes performed by paid actors. But their fortunes take a turn when one of the actors becomes possessed by an actual demon and takes the crew hostage. In front of a rapidly growing audience, the demon subjects the crew to a series of violent challenges, threatening to expose the dark secrets they’ve been hiding from each other unless they come clean and reveal they’re impostors before the show is over.

Bonus features on the DVD include: 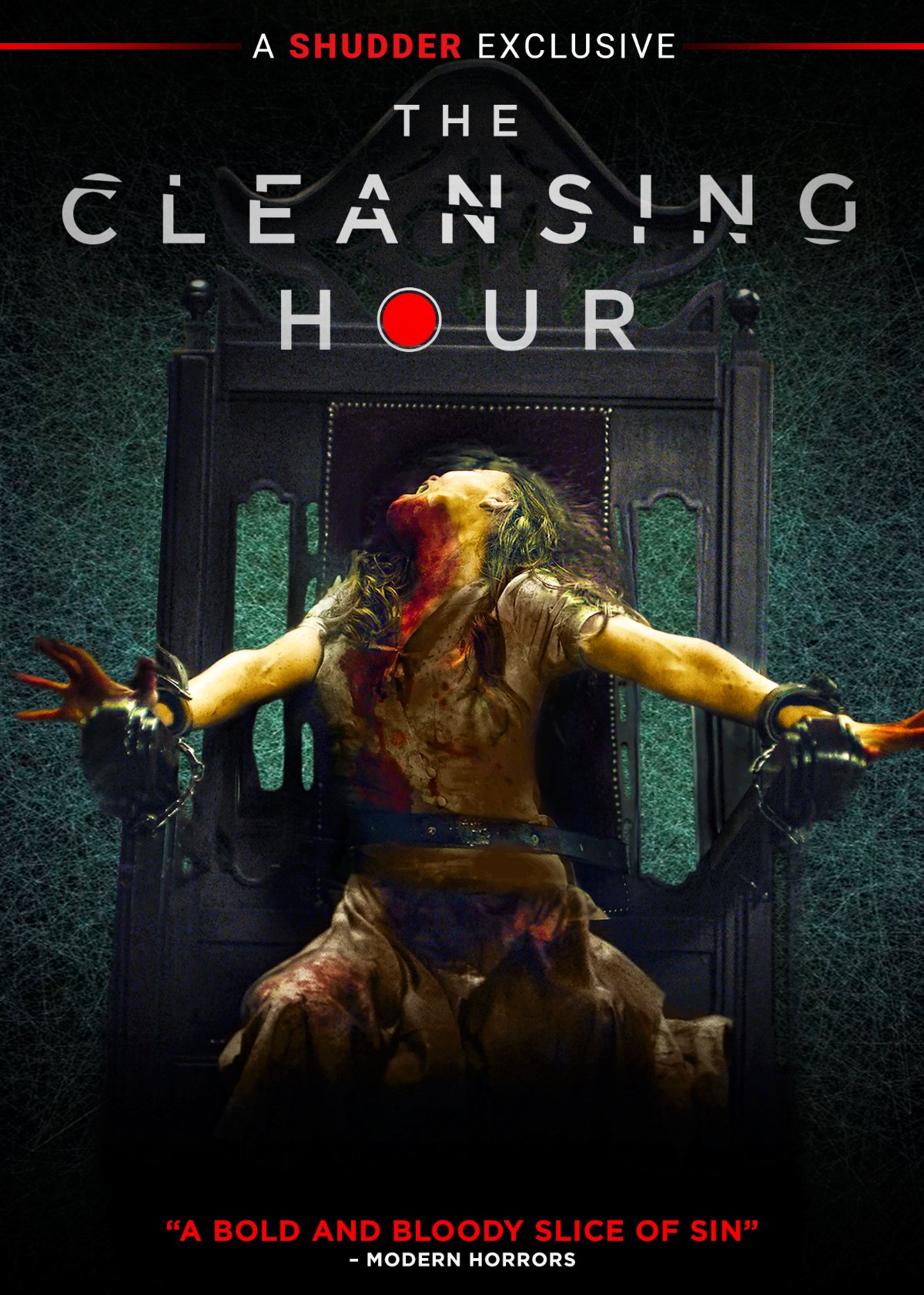