Contest: Win THE EVIL OF FRANKENSTEIN Collector’s Edition on Blu-ray

Starring the legendary Peter Cushing as Baron von Frankenstein, The Evil Of Frankenstein is now on Blu-ray like never before in a new Collector's Edition from Scream Factory, and to celebrate its release, we've been provided with three copies to give away to lucky Daily Dead readers!

2. Email: For a chance to win via email, send an email to contest@dailydead.com with the subject “The Evil Of Frankenstein Contest”. Be sure to include your name and mailing address.

Entry Details: The contest will end at 12:01am EST on May 27th. This contest is only open to those who are eighteen years of age or older that live in the United States. Only one entry per entry method, per household will be accepted.

The Evil Of Frankenstein Collector's Edition Blu-ray: "Frozen in ice, can the creature be brought back to live again?

Horror great Peter Cushing stars in this fantastic tale as the monster's creator, Baron von Frankenstein, determined to bring the creature back to life. Long thought destroyed, Dr. Frankenstein's creation is discovered frozen alive and resurrected in his laboratory. Unfortunately, the creature's mind is dormant and, much to the Baron's horror, he finds that only a hypnotist can order the creature to do his unfathomable bidding now. 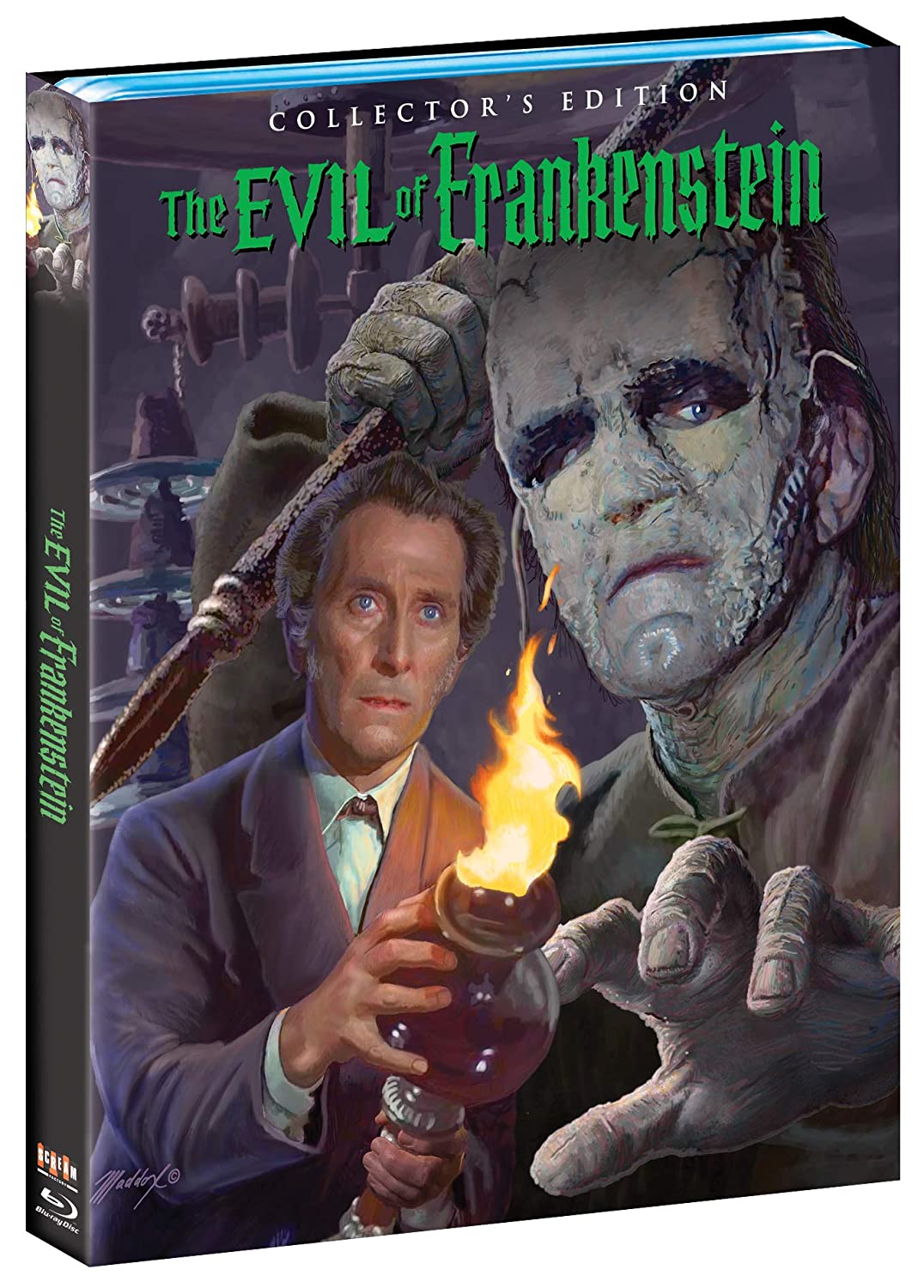