A horror western directed by Aaron B. Koontz (one of the co-creators of the horror anthology Scare Package), The Pale Door is now on Blu-ray and DVD from RLJE Films, and we've been provided with three Blu-ray copies to give away to lucky Daily Dead readers!

2. Email: For a chance to win via email, send an email to contest@dailydead.com with the subject “The Pale Door Blu-ray Contest”. Be sure to include your name and mailing address.

Entry Details: The contest will end at 12:01am EST on October 20th. This contest is only open to those who are eighteen years of age or older that live in the United States. Only one entry per entry method, per household will be accepted.

From the Press Release: RLJE Films, a business unit of AMC Networks, along with Shudder, AMC Networks’ premium service for horror, thriller and the supernatural, will release the horror/western film THE PALE DOOR on October 6, 2020 on DVD and Blu-ray.

Directed by Aaron B. Koontz (Scare Package) who also co-wrote the script with Cameron Burns (Camera Obscura) and Keith Lansdale (“Creepshow”), THE PALE DOOR stars Devin Druid (“13 Reasons Why”), Zachary Knighton (“Happy Endings”), Noah Segan (Knives Out), Stan Shaw (The Monster Squad), Pat Healy (Cheap Thrills), Bill Sage (We Are What We Are), Melora Walters (“PEN15”, Magnolia) and Natasha Bassett (Hail, Caesar!). RLJE Films will release THE PALE DOOR on DVD for an SRP of $27.97 and Blu-ray for an SRP of $28.97.

In THE PALE DOOR, the Dalton gang find shelter in a seemingly uninhabited ghost town after a train robbery goes south. Seeking help for their wounded leader, they are surprised to stumble upon a welcoming brothel in the town’s square. But the beautiful women who greet them are actually a coven of witches with very sinister plans for the unsuspecting outlaws – and the battle between good and evil is just beginning.

THE PALE DOOR DVD and Blu-ray include the following bonus features: 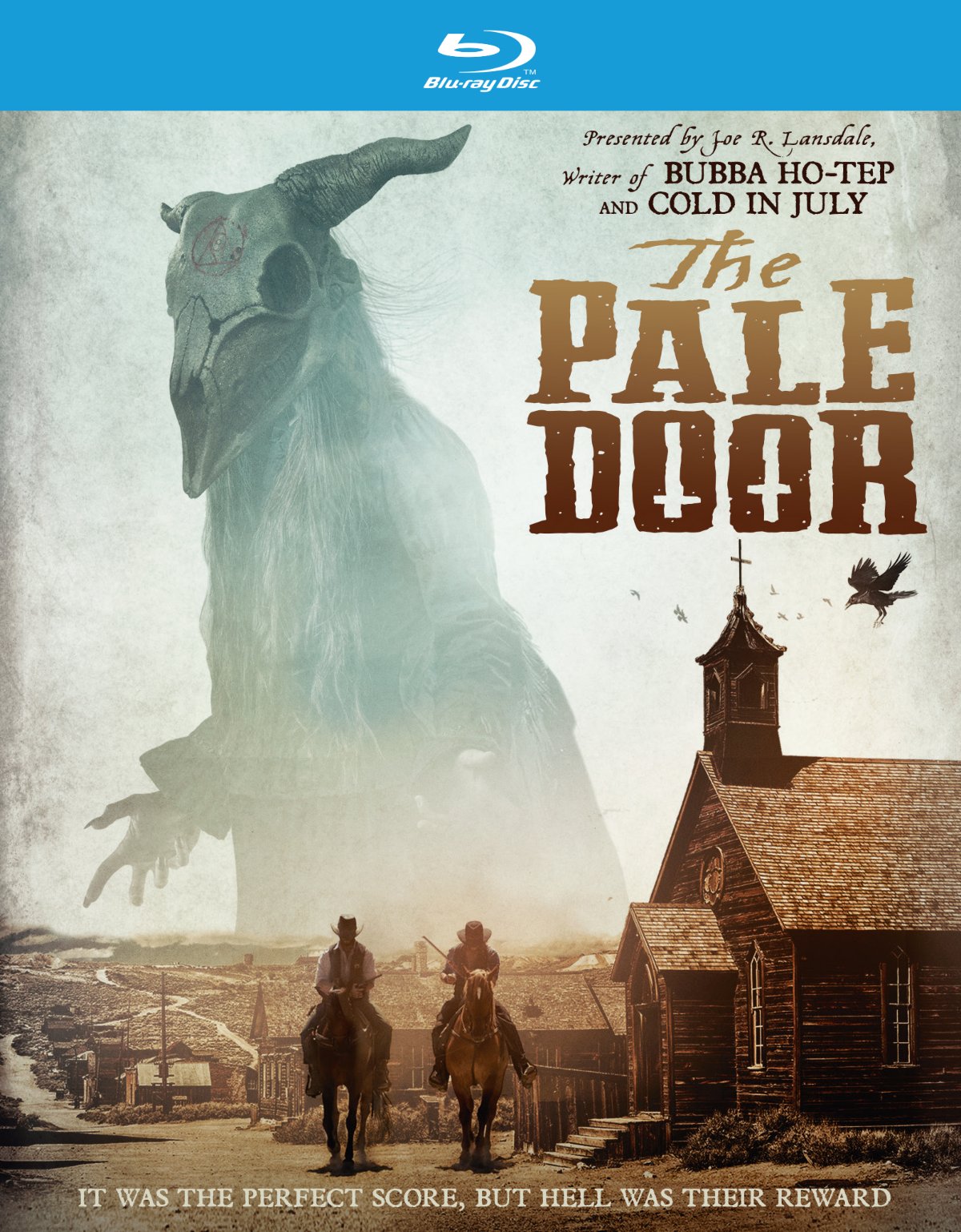