Skin-melting horror spreads along with infectious fear in X: The Unknown, and with the 1956 Hammer film now on Blu-ray from Scream Factory, we've been provided with three copies to give away to lucky Daily Dead readers!

2. Email: For a chance to win via email, send an email to contest@dailydead.com with the subject “X: The Unknown Contest”. Be sure to include your name and mailing address.

Entry Details: The contest will end at 12:01am EST on February 25th. This contest is only open to those who are eighteen years of age or older that live in the United States. Only one entry per entry method, per household will be accepted.

X: The Unknown Blu-ray: "Can anything escape this terror? British commandos on maneuvers become ill with mysterious symptoms and horrific burns. Dr. Adam Royston (Dean Jagger), an atomic scientist from a nearby research station, suspects lethal radiation ... but is mystified by the cause. At a nearby hospital, the phenomenon reappears and engulfs more innocent people, including a hospital orderly whose skin melts away from his body! Dr. Royston speculates that the unknown is on a quest to absorb radiation and expand in size and range as it claims more and more victims. As time runs short, he becomes desperate to trap the entity before its power overcomes mankind! 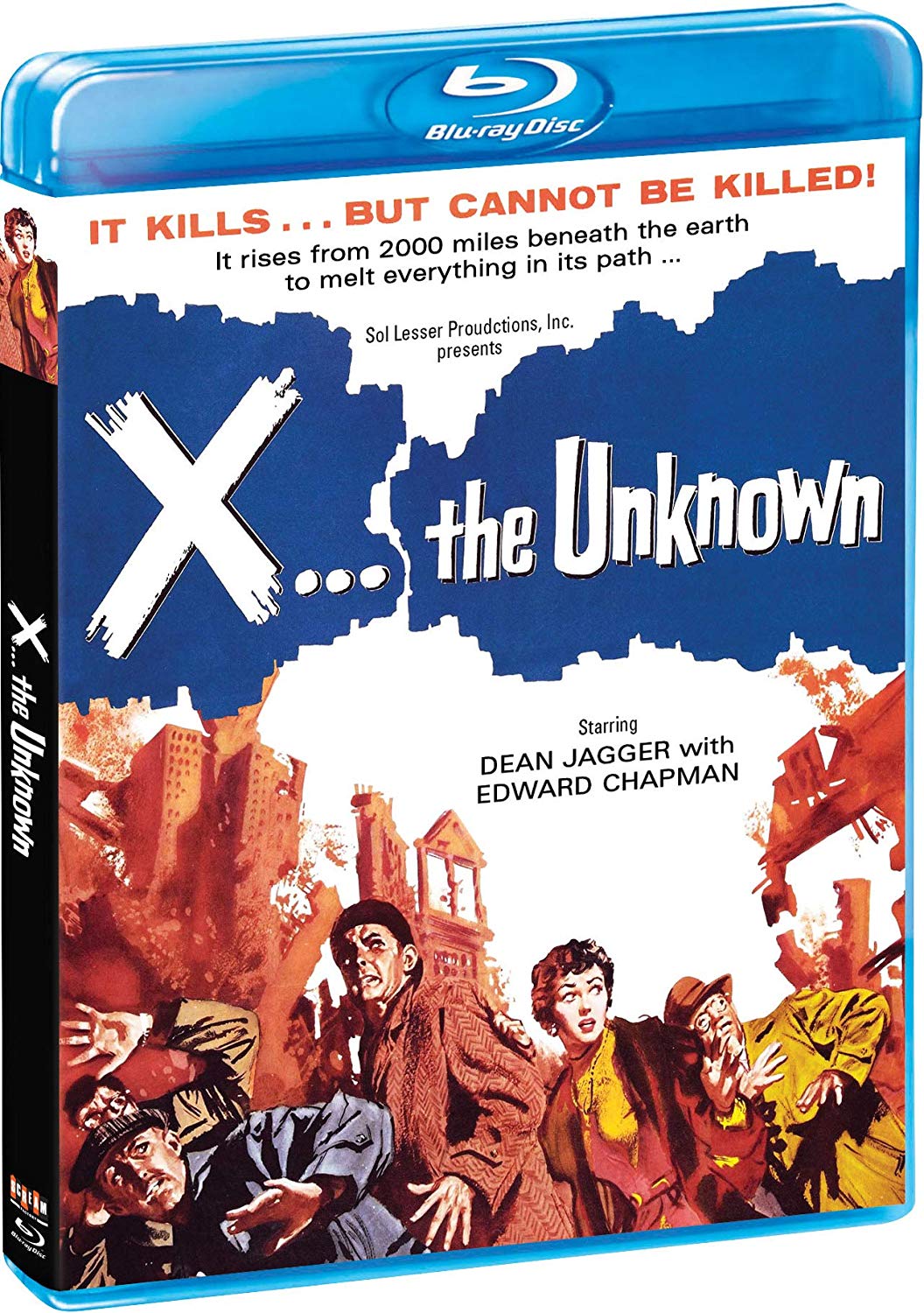