Featuring new takes on the Master of Macabre's classic tales, Edgar Allan Poe's Snifter of Terror is back for its second season at AHOY Comics, and ahead of the second issue's release on February 19th, we've been provided with exclusive preview pages from writer Alisa Kwitney and artist Mauricet's new version of Poe's 1835 short story "Berenice."

"Let's face it, there's something creepy about teeth. After all, they're the only part of our skeletal system that isn't discreetly covered by a bit of flesh. Jung believed that dreams of losing one's teeth were related to life transitions. This may have been connected to the old idea that every time a woman gives birth to a live baby, she loses a tooth. If all this talk of birth and teeth has you feeling a bit uncomfortable, you're not alone--there are numerous folk tales from various different cultures that center around the uncomfortable idea that women's dentition is not the same as men's. Which brings me back to Poe's story, Berenice. I have no idea why this hymn to hypochondriacal passion isn't better known, because this is definitely one of Poe's more unsettling tales. It's also a story which makes me feel a little squicky as a woman and a feminist. I decided to turn that squick on its head, as it were. I also did my research--all the insane theories about bicycle riding, which are not in the original tale, are based on medical beliefs of the time. I even included cameos by the actual proponents of the theory, and Alain Mauricet drew them in as guests in the opening panels. (They are Dr. Arabella Kenealy, (a stout, short, curly haired, bespectacled woman), and Dr. Arthur Shadwell, (a tall, thin, beak nosed gentleman with a receding hairline). Feel free to do your own research into that dreaded scourge of female health and chastity--the bicycle."

"More monstrous manglings of Poe’s imaginings! “Berenice” is bitten by Alisa Kwitney and Mauricet! Rick Geary dismantles “The Man That Was Used Up!” EXTRA! Another vile episode of “Poe and the Black Cat!” PLUS! Provocative prose and pictures! 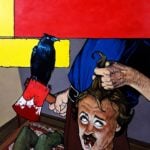 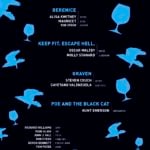 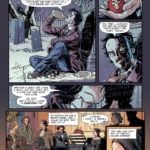 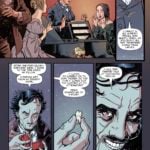 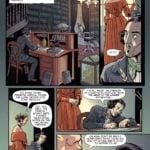 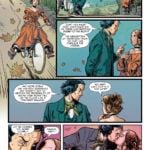 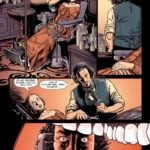 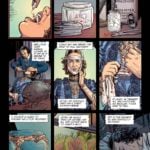