Although the ’90s were very good to R.L. Stine and his fans, we are truly living in a new golden age of Stine right now. A new Goosebumps TV series is in development, a Fear Street film is on the horizon, HBO Max is developing an anthology series based on Stine's Point Horror books, and now Disney+ has given the green light to a series adaptation of Stine's Just Beyond graphic novels.

Based on the graphic novels published by BOOM! Studios, written by Stine, and featuring interior artwork by Kelly & Nichole Matthews (with cover art by Julian Totino Tedesco), the Just Beyond Disney+ series is spearheaded by Seth Grahame-Smith (Pride and Prejudice and Zombies) and 20th Century Fox Television. The horror comedy anthology series will initially consist of eight episodes and is expected to arrive on the streaming service in the autumn of 2021.

BOOM! Studios' Just Beyond graphic novels bring horror and comedy to life for readers of all ages. The graphic novel anthology series kicked off with The Scare School in September of 2019, and its second installment, The Horror at Happy Landings, is slated for a May 12th release, with the third story, Welcome to Beast Island, coming out on October 27th.

We'll keep Daily Dead readers updated on Just Beyond as more details are revealed, and in the meantime we have the official announcement in the press release below.

Also of note for fans of ’90s YA horror authors, it was recently revealed that Mike Flanagan and Leah Fong are developing a Netflix series adaptation of Christopher Pike's The Midnight Club, which will also include adaptations of other books by Pike. So if you grew up on YA horror paperbacks in the ’80s and ’90s, you may feel like you're a kid again.

Press Release: Burbank, Calif (May 7, 2020) – Disney+ has ordered the 8-episode series Just Beyond from writer Seth Grahame-Smith and produced by 20th Century Fox Television. The horror/comedy anthology, based on the best-selling BOOM! Studios graphic novel series from iconic children’s writer R.L. Stine (Goosebumps) and artists Kelly & Nichole Matthews, was created by Grahame-Smith, who has a history of moving between horror and comedy as author of the bestselling novels Pride and Prejudice and Zombies and Abraham Lincoln: Vampire Hunter, and screenwriter of Tim Burton's Dark Shadows, The Lego Batman Movie and The Saint for director Dexter Fletcher and star Chris Pine.

"I grew up watching Twilight Zone reruns and the original Amazing Stories with my parents,” said Seth Grahame-Smith. “I've always wanted to make a genre anthology series that families could enjoy together, and do it in a way that delivered for kids and adults alike. R.L. Stine has been a part of millions of childhoods, and Disney+ has already proven itself as a place that knows how to make high-quality shows for the whole family. I couldn't be more excited to be working with both of them."

“Back in the day, we had a Goosebumps HorrorLand attraction at Walt Disney World,” said author R.L. Stine. “It was one of the thrills of my life. Now I'm thrilled to be back with Disney for the TV series based on my graphic novels. Writing Just Beyond for BOOM! Studios has been a joy from the beginning, and I'm so happy to have the wonderful screenwriter Seth Grahame-Smith bring the series to life on Disney+. How lucky can I be?”

A writers room is being assembled and the series is expected to come to Disney+ in the fall of 2021.

Grahame-Smith and David Katzenberg’s KatzSmith will produce through their KatzSmith Productions and are represented by WME and Ziffren Brittenham.

BOOM! Studios is represented by UTA and Matt Saver.

Just Beyond is produced by 20TH Century Fox Television, a part of Disney Television Studios. Seth Grahame-Smith will serve as writer and executive producer alongside David Katzenberg, Stephen Christy and Ross Richie. R.L. Stine is attached as co-executive producer.

ABOUT DISNEY+:
Disney+ is the dedicated streaming home for movies and shows from Disney, Pixar, Marvel, Star Wars, National Geographic, and more. As part of Disney’s Direct-to-Consumer and International (DTCI) segment, Disney+ is available on most internet-connected devices and offers commercial-free programming with a variety of original feature-length films, documentaries, live-action and animated series and short-form content. Alongside unprecedented access to Disney’s incredible library of film and television entertainment, the service is also the exclusive streaming home for the latest releases from The Walt Disney Studios. Disney+ is available as part of a bundle offer that gives subscribers access to Disney+, Hulu (ad-supported), and ESPN+. Visit DisneyPlus.com to subscribe and/or learn more about the service.

ABOUT 20TH CENTURY FOX TELEVISION:
A part of Disney Television Studios, 20th Century Fox Television is one of the industry's most prolific suppliers of entertainment programming, including the No 1. Series on all of broadcast, NBC’s THIS IS US; Fox’s No. 1 drama, 9-1-1 and No. 1 comedy LAST MAN STANDING, ABC’s long-running Emmy Award winner MODERN FAMILY, FX’s No. 1 series AMERICAN HORROR STORY; and the longest-running primetime scripted series in the history of television, THE SIMPSONS, in addition to dozens of others.

About BOOM! Studios:
BOOM! Studios was founded by Ross Richie in 2005 with the singular focus of creating world-class comic book and graphic novel storytelling for all audiences. Through the development of four distinct imprints—BOOM! Studios, BOOM! Box, KaBOOM!, and Archaia—BOOM! has produced award-winning original work, including Lumberjanes, Once & Future, Something is Killing The Children, Giant Days, and Mouse Guard, while also breaking new ground with established licenses such as Buffy The Vampire Slayer, Firefly, WWE, Mighty Morphin Power Rangers, Cartoon Network, and The Jim Henson Company properties. BOOM! will also bring their original series to life through unique first-look relationships with 20th Century for film and with Netflix for TV. Please visit www.boom-studios.com for more information. 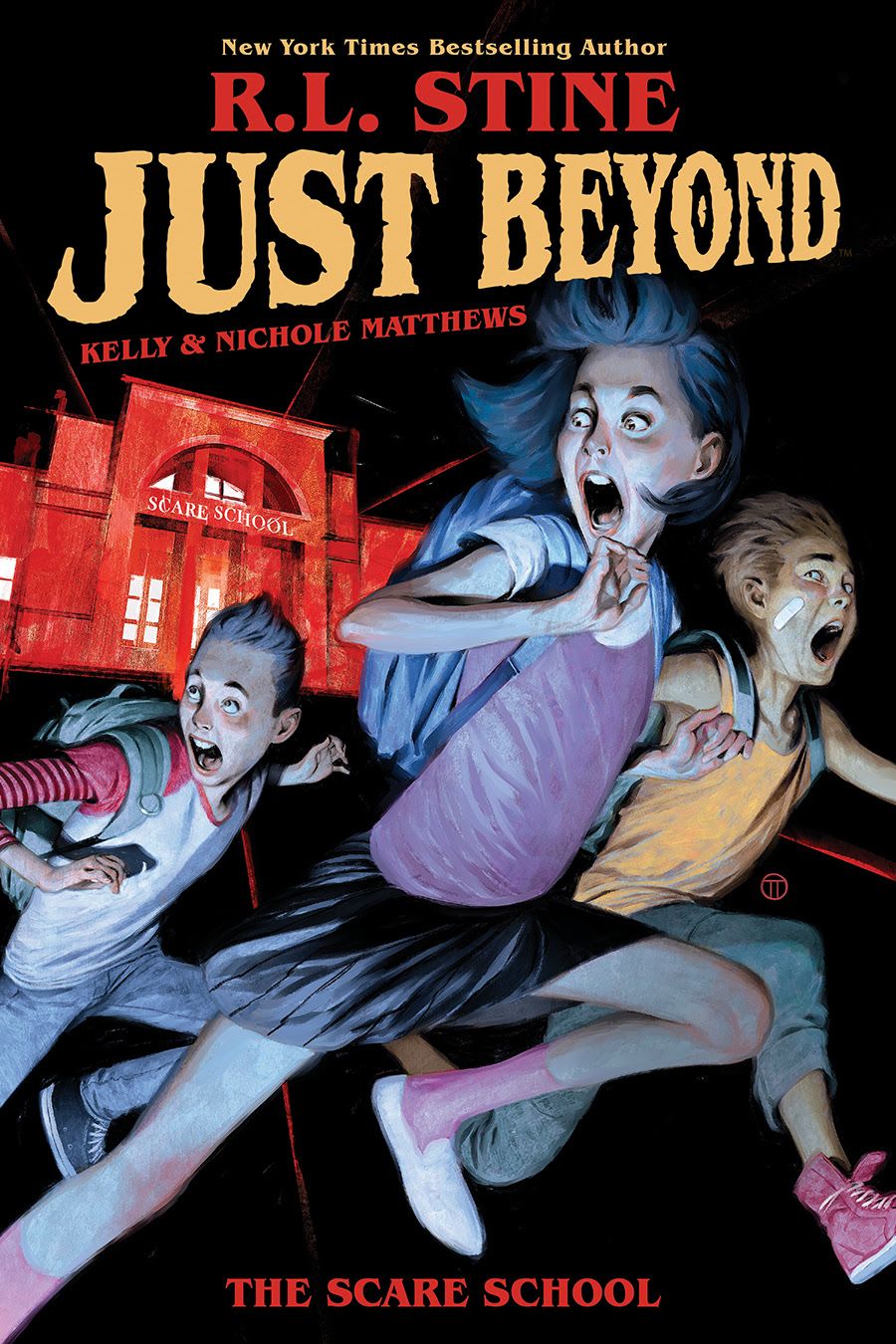