Out now from Knopf Books for Young Readers, Kazoo's Noisemakers: 25 Women Who Raised Their Voices & Changed the World highlights courageous women who changed the world as we know it. The new collection features awesome artwork and insightful writing from some of the most talented artists working today, including Emil Ferris (My Favorite Thing is Monsters), who contributed a biography on the groundbreaking author Mary Shelley to the collection. As a special treat for Daily Dead readers, we've been provided with preview pages from Ferris' contribution, offering a look into the difficult past that shaped Shelley into one of the most influential authors of all time.

Here's what Kazoo Editor-in-Chief Erin Bried had to say about Ferris' contribution to Noisemakers:

"Noisemakers is a collection of biographic comics about women who’ve made history by raising their voices. I wanted to include Mary Shelley in the collection, because she used her voice tell stories in a way no one else had done. She didn’t just bring to life a single monster. She brought to life an entire new genre of storytelling.

For Kazoo’s second issue, Emil Ferris created a “How to Draw a Monster” comic for our young readers, and as the author of My Favorite Thing is Monsters, she was the perfect person to tell Shelley’s story."

You can check out the preview pages from Ferris' Mary Shelley biography below, and to learn more about Noisemakers: 25 Women Who Raised Their Voices & Changed the World, visit the book's official website.

"On Tuesday February 4, 2020, Knopf Books for Young Readers will publish Noisemakers: 25 Women Who Raised Their Voices & Changed the World, featuring top shelf comics by some of our most acclaimed, contemporary cartoonists. Noisemakers features over 200 pages of inspirational storytelling, including:

Noisemakers is the first ever book from Kazoo, the quarterly, indie print magazine for girls, ages 5 to 12, which Vogue calls “the magazine for little girls who want to grow up to be president,” and Roxane Gay calls “kickass.” Kazoo first made history in 2016 as the highest-funded journalism campaign Kickstarter had ever seen and again in 2019 when it became the first and only kids’ magazine ever to win the prestigious National Magazine Award for General Excellence (2019). “What sets Kazoo apart is that we celebrate girls for being smart, strong, fierce and true to themselves, and everything we do supports that mission,” says Editor-in-Chief and founder Erin Bried. “Plus, it’s just really fun to read.” Contributors have included Ruth Bader Ginsburg, Ellen DeGeneres, Misty Copeland, Elizabeth Warren, Dolores Huerta, Shonda Rhimes and many more.

Noisemakers is an ambitious and important book featuring diverse stories, stunning cartooning and a positive message that will resonate with young girls, their parents, teachers, aspiring cartoonists, librarians, and booksellers and book critics alike. For more information, follow Kazoo on Facebook, Instagram and Twitter. To get the magazine delivered to your door, subscribe at https://www.kazoomagazine.com/.

And remember: to change anything, you have to make some noise." 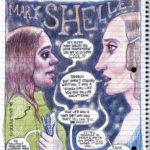 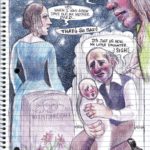 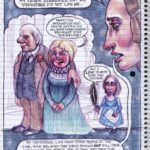 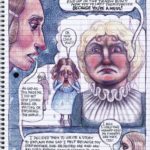 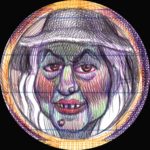