A vital new collection featuring essays by queer and trans writers on horror films, It Came from the Closet: Queer Reflections on Horror is now on Kickstarter ahead of its October 4th release from Feminist Press, and as a special treat for Daily Dead readers, we've been provided with an exclusive look at Spencer Williams' essay on The Blair Witch Project, featuring a unique and insightful exploration of the classic found-footage film.

You can read Spencer Williams' "Sight Unseen" essay on The Blair Witch Project by clicking the cover art below, and to learn more about It Came from the Closet: Queer Reflections on Horror, check out the press release and visit the collection's official Kickstarter page!

Press Release: New York, NY — Independent nonprofit book publisher the Feminist Press will launch its first  Kickstarter fundraising project in August, running from August 2 until August 25, 2022: a  campaign supporting a launch party for It Came from the Closet: Queer Reflections on Horror.

Slated to publish on October 4, 2022, the anthology features twenty-five essays by queer and trans writers reflecting on the horror films—from Halloween to Hereditary—that deepened, amplified, and illuminated their own experiences. According to a starred review from Publishers  Weekly, the collection is “a brilliant display of expert criticism, wry humor, and original thinking.”

Edited by Joe Vallese, the book includes contributors such as Carmen Maria Machado on Jennifer’s Body, Jude Ellison S. Doyle on In My Skin, Addie Tsai on Dead Ringers, Steffan  Triplett on Us, Zefyr Lisowski on The Ring and Pet Sematary, Prince Shakur on Good Manners /  As boas manieras, and more.

"Once FP acquired the book, I knew I had the support I needed to both realize my vision for the anthology and unearth its larger potential,” says Vallese. “It's human nature to want to see  yourself represented in the art you consume, and those of us in the queer community who are  drawn to horror have long been tasked with reading ourselves into subtext, coded dialogue, and  body language. It Came from the Closet holds space for the many, diverse LGBTQIA voices  and perspectives that inhabit its pages to center themselves and their experiences in these films they find conflict, connection, and comfort in."

The Kickstarter campaign invites backers to a launch party on Wednesday, October 5, 2022 to celebrate the book’s release. The event will be held at 3 Dollar Bill, Brooklyn’s largest queer venue, and will feature a performance by the queer artist collective Neon Coven. The launch  party will be followed by other traditional literary events later in the month, including a  contributor panel, a virtual reading hosted by a bookstore, and more.

“Kickstarter is a great platform for independent presses to raise funds for projects and build  stronger communities online,” says Atwell. “One of FP’s aims is to invite readers in by producing  nontraditional literary events that act as sites of community gathering. This is one way that  publishers can help transition reading from a solitary act into a community one. So many people  have been missing opportunities to find queer community during the past few years, and this event will bring so many NYC-based queer writers and artists into a beloved queer space,  creating a real celebration for our local LGBTQ+ literary community.”

In addition to copies of the anthology and tickets to the event, the It Came from the Closet Anthology & Party campaign will also feature other rewards, including:

• Limited edition It Came from the Closet merchandise, including a tote bag designed by the cover artist Bráulio Amado and a Feminist Press enamel pin

• A VIP party experience, with contributor meet-and-greets and other spooky surprises

More about the Feminist Press:

Founded in 1970, the Feminist Press’s vision is to create a world where everyone sees  themselves represented in a book. Celebrating this legacy, FP lifts up insurgent and  marginalized voices from around the world to build a more just future.

FP specializes in an array of genres including cutting-edge fiction, activist nonfiction, hybrid  memoirs, and more, and publishes approximately fifteen books a year that champion  intersectional and nuanced works that spark much-needed dialogue and move the feminist  conversation forward.

More about It Came from the Closet:

Horror movies hold a complicated space in the hearts of the queer community: historically  misogynist, and often homo- and transphobic, the genre has also been inadvertently feminist  and open to subversive readings. Common tropes—such as the circumspect and resilient “final  girl,” body possession, costumed villains, secret identities, and things that lurk in the closet— spark moments of eerie familiarity and affective connection. Still, viewers often remain tasked  with reading themselves into beloved films, seeking out characters and set pieces that speak to,  mirror, and parallel the unique ways queerness encounters the world.

"Why do queers love horror? What a gift to read writers I love and admire offer so many  different answers. It Came From the Closet is at times beautiful, at times funny, at times  gorgeously weird and baroque, and always as off-kilter brilliant as the genre, and queerness,  itself. Horror teaches us about ourselves in all our thrilling extremes. Plus it’s just plain fun.  Both of which are true of this deeply necessary collection." —Alex Marzano-Lesnevich,  author of The Fact of a Body: A Murder and a Memoir

"It Came from the Closet reminded me why I fell in love with horror. Each essay links  queerness with the fear, connection, and blur of horror movies. Writers question whether  horror is meant to punish those deemed sinful or create a new pathway of being. As  Legacy Russell discusses in Glitch Feminism, what cannot be defined can contain  power, and horror movies have allowed queer people to see themselves in blobs, the  unseen Blair Witch, and mysterious monsters. Covering class, race, and ability, this  collection carefully untangles the threads of why we can’t look away, even when we  desperately want to turn off the TV." —Nikita Imafidon, Raven Book Store 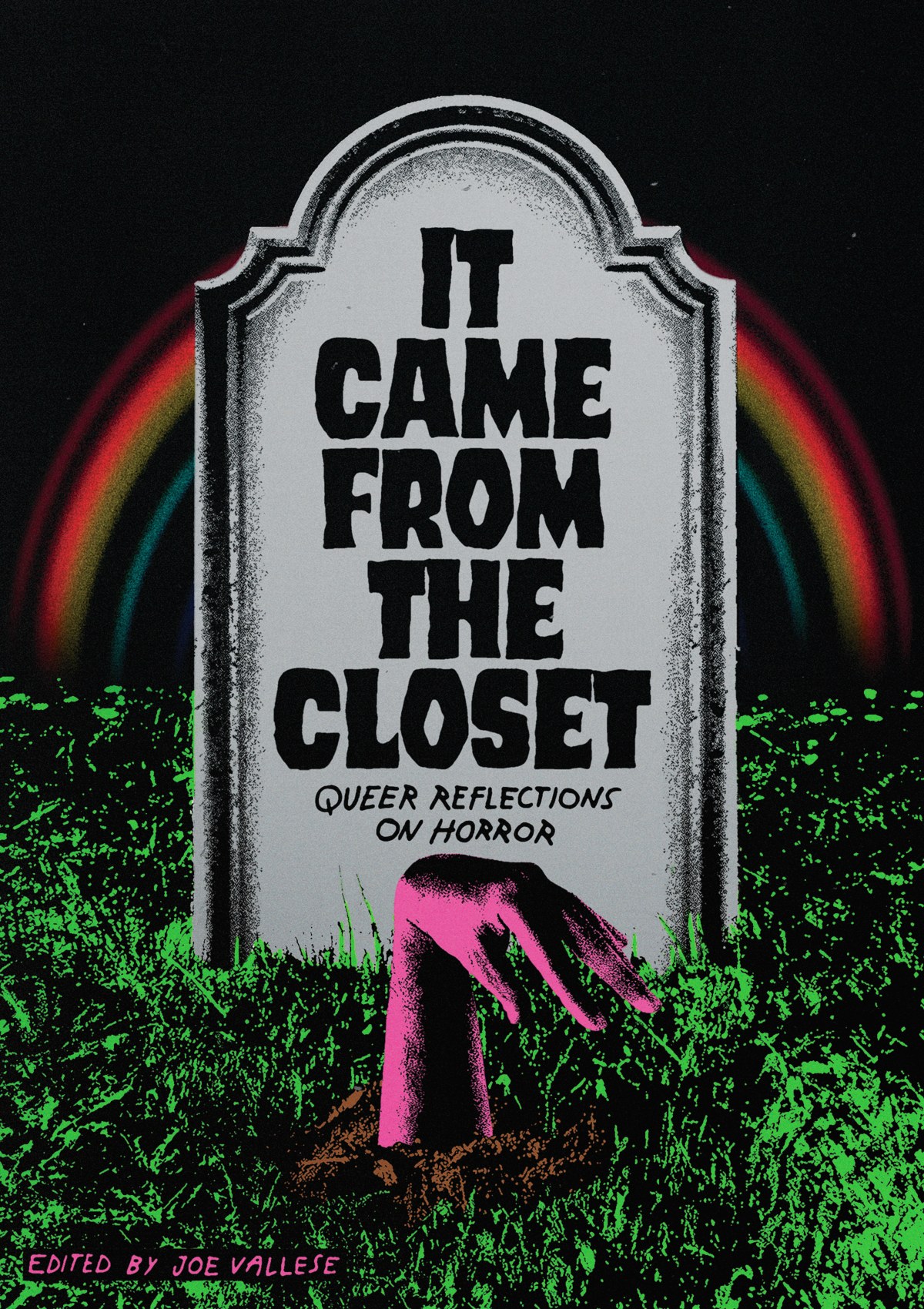