Exclusive: Titan Books to Publish THE ART AND MAKING OF THE STAND

Titan Books is known for their incredible art books, having previously released books featuring the art of Prometheus, Godzilla: King of the Monsters, Into the Spider-Verse and much more. We can exclusively share with Daily Dead readers that Titan will be adding to their art book collection with The Art and Making of The Stand, which takes a look at the work that went into bringing the new limited event series to life!

Authored by Andy Burns, the 192-page hardcover will be released on May 4th, 2021. You can take a look at the sales art and read the official press release below. To catch up on all things Titan Books, make sure to head over to their official website!

From the Press Release: Titan Books is delighted to announce the upcoming publication of the definitive companion title to the new  CBS All Access limited event series, The Stand, based on Stephen King’s novel of the same name.

In an apocalyptic vision of a world decimated by plague and embroiled in an elemental struggle between  good and evil, the fate of mankind rests on the frail shoulders of the 108-year-old Mother Abagail and a  handful of survivors. Their worst nightmares are embodied in a man with a lethal smile and unspeakable  powers: Randall Flagg, the Dark Man.

In 1979 Stephen King published The Stand, a massive apocalyptic tale that set the standard for all those  stories that followed. The book was another King bestseller, leading to the release of The Complete and  Uncut version in 1990, a 1994 ABC four-part mini-series and a 31-issue Marvel Comics adaptation in 2009.  Now, King’s opus is being revisited for modern day, with a 9-episode limited event series for the  subscription streaming service, CBS All Access, with a star-studded cast, including Oscar™-winner Whoopi  Goldberg, Alexander Skarsgård, James Marsden, Odessa Young, Jovan Adepo, Amber Heard, Owen Teague,  Henry Zaga, Brad William Henke, Greg Kinnear, Irene Bedard and Nat Wolff all bringing the story into the  21st Century.

THE ART AND MAKING OF THE STAND takes readers behind the scenes of this much-anticipated series to  discover how a remarkable group of producers and actors brought Stephen King’s genre-defining opus to  screen. The book is full to the brim with on-set photography, concept art and more, accompanied by  interviews with the crew and all-star cast alongside the shooting script for the never-before-published coda  written for the new series by King himself.

The Stand premieres December 17th exclusively on CBS All Access in the United States. New episodes of the nine-episode limited event series will drop weekly on Thursdays.

Andy Burns is the author This Dark Chest of Wonder: 40 Years of Stephen King’s The Stand. The book traced  the history of King’s apocalyptic masterpiece from its creation through its multiple adaptations. Andy is a  founder and publisher of the pop culture website Biff Bam Pop!, and a former staff writer for Rue Morgue. Currently, he is the Interactive Content Editor for SiriusXM Canada.

Titan Books is a division of Titan Publishing Group and a leading world publisher of Film, TV and Gaming  fiction and non-fiction, and original fiction. Titan Books’ acclaimed media publishing programme includes a  wide range of some of today’s most exciting franchises and classic properties, including books covering the  worlds of DC Universe (Batman vs Superman, Wonder Woman and the Justice League), Star Trek, Mad Max,  Alien, and many more.

The Art and Making of The Stand by Andy Burns 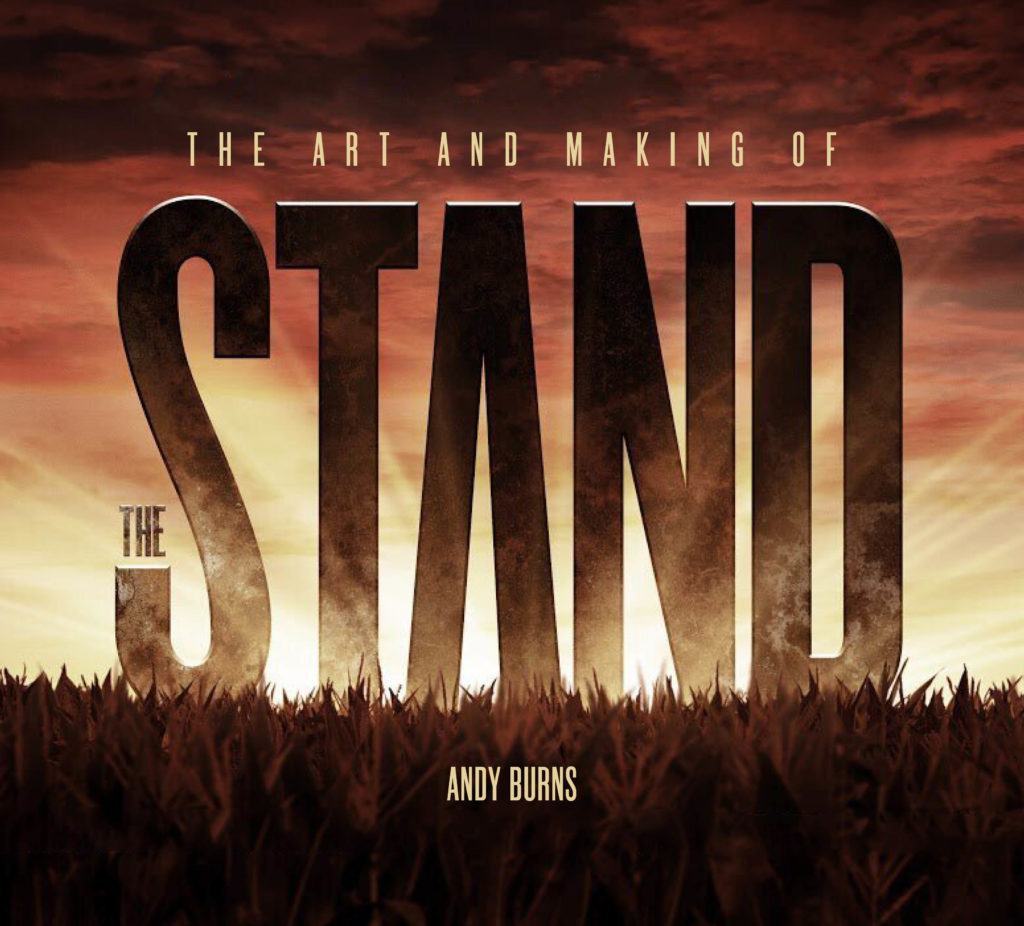