Below, we have the official press release with additional details on Black's Myth, as well as the main cover (by Liana Kangas) and variant cover for the first issue of the new comic books series that will explore the supernatural underground of Los Angeles.

Press Release: (March 23) Eric Palicki, the writer of Atlantis Wasn’t Built For Tourists and No Angel, and BlackAcre artist Wendell Cavalcanti are collaborating on an all-new comic book series, BLACK’S MYTH, about an LA-based private investigator … who is a werewolf. This punk rock black-and-white horror series will feature covers by rising star Liana Kangas (She Said Destroy and Trve Cvlt), and the first issue will feature a variant cover by Jamal Igle (The Wrong Earth). BLACK’S MYTH will debut this July from AHOY Comics, the Syracuse-based comic publisher that encourages readers to “expect more” from its stable of unique and off-beat titles.

Meet Janie Jones “Strummer” Mercado—just an ordinary werewolf PI, trying to make it on the mean streets of Los Angeles. When the case of a lifetime falls into her lap, it’s up to her and her charming djinn assistant Ben Si’lat to figure out just how many silver bullets have been used, and just where do silver bullets come from anyway? BLACK’S MYTH mixes familiar noir detective tropes with urban fantasy world-building as it explores the “supernatural underground” thriving in Los Angeles.

“Like all the best punk rock narratives, BLACK’S MYTH is about outcasts finding each other and accepting their place in the world,” said writer Eric Palicki. “In its own subtle way, it’s about being part of the comics community.”

“Working with the team has been great,” said artist Wendell Cavalcanti. “I’m given a lot of room to create the world of BLACK’S MYTH, and the input I receive from Eric and Sarah perfects it. We all work really well together to make a unique book.”

“Strummer is such a fantastic character, and the world that Eric and Wendell have built for her is teeming with fantastical characters and opportunities for mischief,” said editor Sarah Litt. “I can’t wait for readers to sink their teeth into this story. (Sorry, I had to!)”

“BLACK’S MYTH is kicking off the stellar line-up of titles in AHOY’s Sixth Wave with a hefty dose of both bark and bite,” said AHOY Editor-in-Chief Tom Peyer. “It’s perfect for readers of Edgar Alan Poe’s Snifter of Blood, despite the fact that Poe himself was never a werewolf. (At least as far as we know.) I’d also recommend BLACK’S MYTH for fans of Ash & Thorn’s particular brand of horror comedy, even though there’s technically nothing funny about the end of the world.”

The first issue of BLACK’S MYTH will be in comic shops on July 7th, 2021 for $3.99. Like all AHOY titles, it will feature extra prose stories and illustrations.

AHOY Comics debuted in the fall of 2018 with the bold promise for readers to expect more from its line of comic book magazines, featuring comic book stories, poetry, prose fiction, and cartoons. The independent, Syracuse-based company is the brainchild of publisherHart Seely, an award-winning reporter whose humor and satire has appeared in The New York Times and on National Public Radio. AHOY’s editor-in-chief Tom Peyer is committed to publishing comics with a (dark) sense of humor with titles like the religious satires SECOND COMING and HIGH HEAVEN, the superhero parodies THE WRONG EARTH and HASHTAG: DANGER, the sci-fi spoof CAPTAIN GINGER, the time travel tales PLANET OF THE NERDS and BRONZE AGE BOOGIE, and the humor/horror anthology series EDGAR ALLAN POE’S SNIFTER OF TERROR.

Erick Palicki lives and writes in Seattle, Washington. His previous work includes the graphic novels Fake Empire and No Angel, as well as contributions to the story collections Everything is Going Wrong, Mine!, and Marvel’s Guardians of Infinity. Eric’s work as an editor includes the award-nominated anthologies All We Ever Wanted and Dead Beats.

Wendell Cavalcanti lives and works in his native Brazil and has previously illustrated BlackAcre for Image Comics and The Phantom for Frew Publications. Wendell previously collaborated with Eric on Atlantis Wasn’t Built for Tourists, published by Scout Comics. 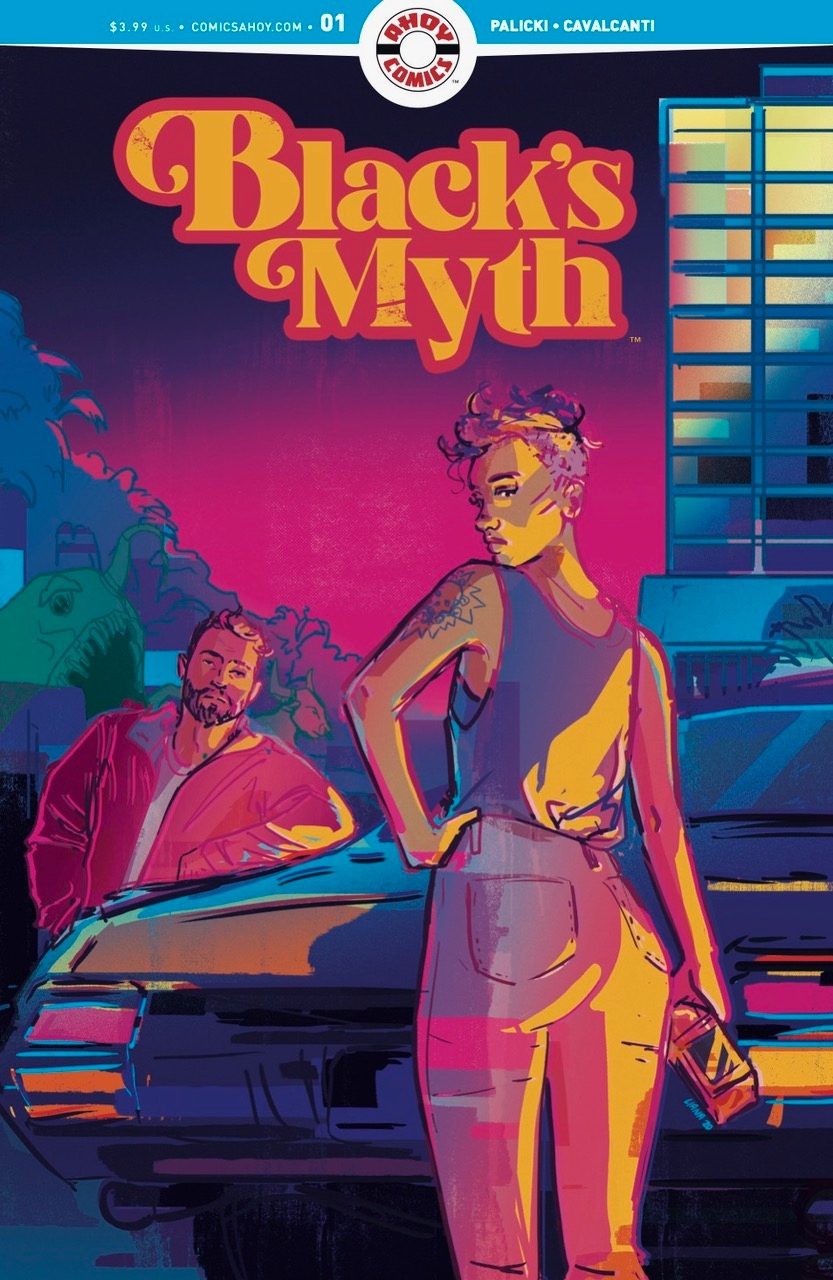 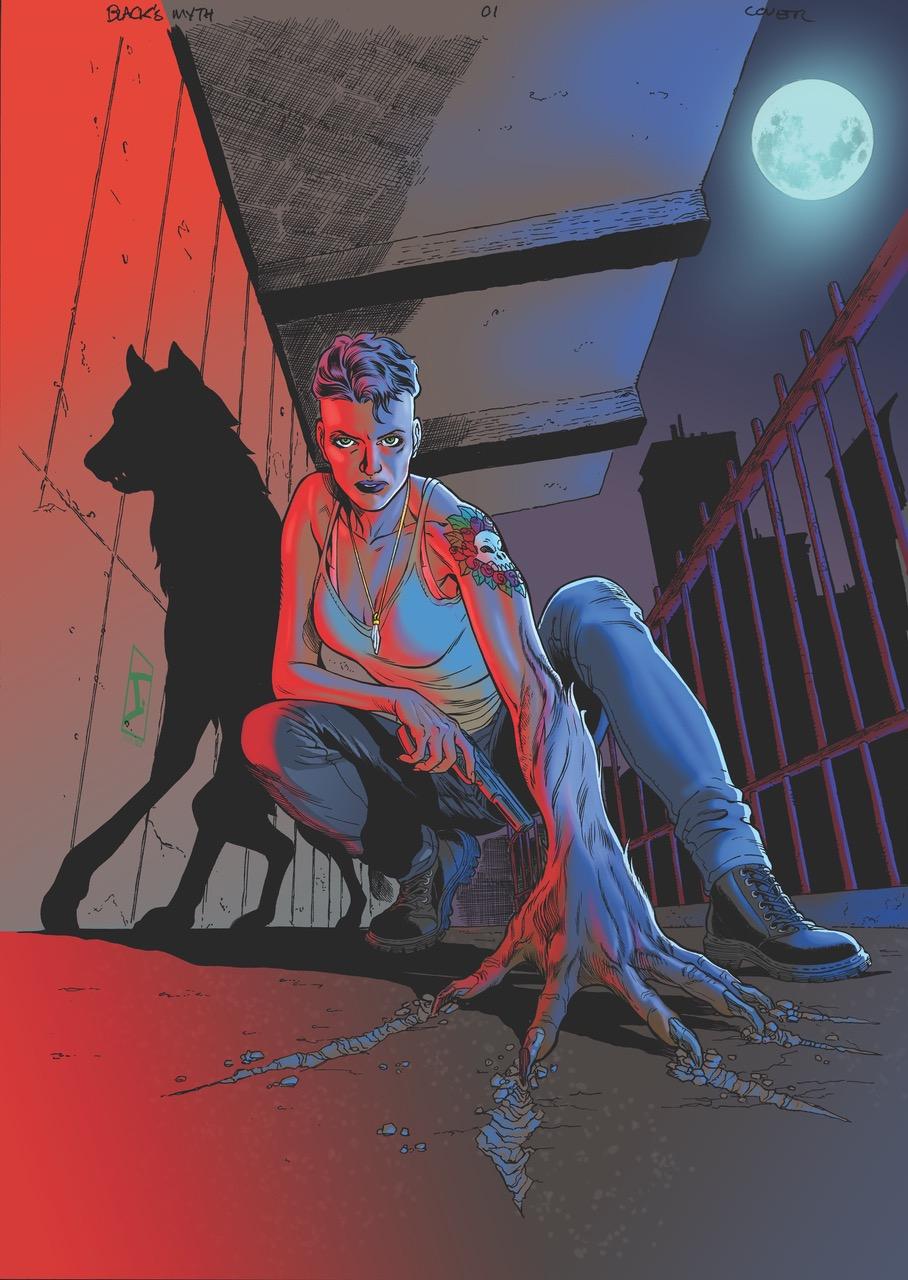