A single mother must navigate her children through a deadly criminal underworld following the vicious murder of her husband in Abner Pastoll's A Good Woman is Hard to Find. With the thriller having its virtual cinema release via Film Movement beginning May 8th, we've been provided with an exclusive clip that features Sarah (Sarah Bolger) and her children attempting to escape the violent wrath of some not-so-friendly visitors.

You can watch our exclusive clip below, and to learn more about the virtual cinema release of A Good Woman is Hard to Find, visit:

"Set in the underbelly of Northern Ireland, A GOOD WOMAN IS HARD TO FIND follows Sarah (Sarah Bolger, "Mayans M.C.," The Spiderwick Chronicles, Emelie), struggling as a single mother, desperate to discover who brutally murdered her husband in front of her young son, Ben (Rudy Doherty), rendering him mute. Dismissing the crime as thugs killing each other, the police haven't done a thing to help, and Sarah's very much on edge. One day, after being coerced into helping a low-life drug dealer (Andrew Simpson, Notes on a Scandal) stash narcotics stolen from the neighborhood kingpin (Edward Hogg, White Lightnin), she's forced into taking drastic action to protect her children, evolving from downtrodden submissive to take-charge vigilante.

Following its UK premiere at FrightFest, where it captured five awards including "Best Film" and "Best Actor," and its US Premiere at L.A.'s

Screamfest, where Bolger won "Best Actress," A GOOD WOMAN IS HARD TO FIND, a dynamic thriller, with its finger firmly on the pulse of stark social commentary and shattering suspense, has become an audience and critical favorite on the festival circuit. Michael Gingold of Rue Morgue Magazine writes, "Well-crafted on every level, A Good Woman is Hard to Find works above all because of how attuned it is to its people.... And if you want to find one of the very best performances by a woman on the recent genre scene, you need look no further." Christopher Webster of Screen Anarchy also says, "With a story that doesn't feel engineered or preachy, but rather grounded in its view of the everyday struggles of women or single mothers in the UK, A Good Woman is Hard to Find feels timely and unnerving while also embracing its genre roots. Add to this a breakout performance by Sarah Bolger and the film becomes an unmissable crime thriller from a new director to watch." And Becky Sayers of Dread Central says "Reminiscent of a European take on South Korean vengeance stories, Director Abner Pastoll rewards genre lovers with a brutal crescendo that is unexpected yet wholly gratifying".

As with all Film Movement virtual cinema releases, tickets will cost $12 and exhibitors will receive 50% of all net revenues. 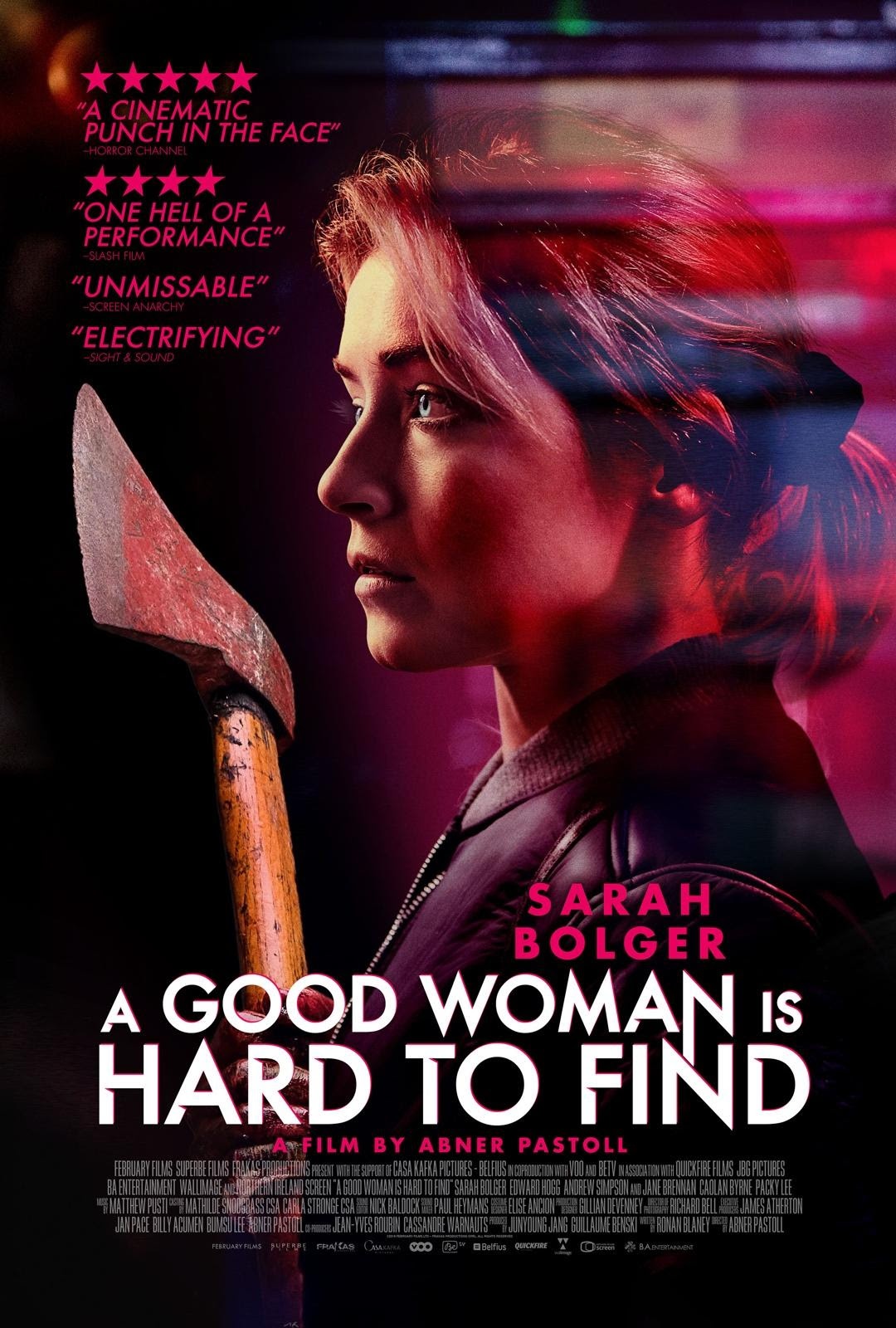