Initially released in 1999, the horror comedy Idle Hands is coming to Blu-ray like never before in a new Collector's Edition from Scream Factory, and ahead of its May 12th release, we've been provided with the full list of special features, including a new audio commentary with Devon Sawa, Seth Green, Elden Henson, and Vivica A. Fox.

Press Release: The Devil will find work for idle hands to do … so what happens when he chooses the laziest teen slacker in the world to do his dirty work? On May 12, 2020, SCREAM FACTORY™ will unleash the cult hit IDLE HANDS Collector’s Edition Blu-ray. Directed by Rodman Flender (The Unborn, Leprechaun 2), this wickedly funny horror comedy stars Devon Sawa (Final Destination), Seth Green (Austin Powers), Elden Henson (Daredevil), and Vivica A. Fox (Kill Bill). A must-have for collectors and enthusiasts, this definitive collector’s edition Blu-ray features insightful bonus content, including new audio commentary with the cast, new interviews with the director and writer, deleted scenes and much more! Preorder is available now at ShoutFactory.com

Anton Tobias (Devon Sawa) is a channel-surfing, junk-food munching, couch potato burn-out who can’t control the murderous impulses of his recently possessed hand. With the help of his zombified buddies (Seth Green) and Pnub (Elden Henson), Anton’s got to stop the rampaging devil appendage before it takes total control of his life and ruins any chance he has with class hottie Molly (Jessica Alba). 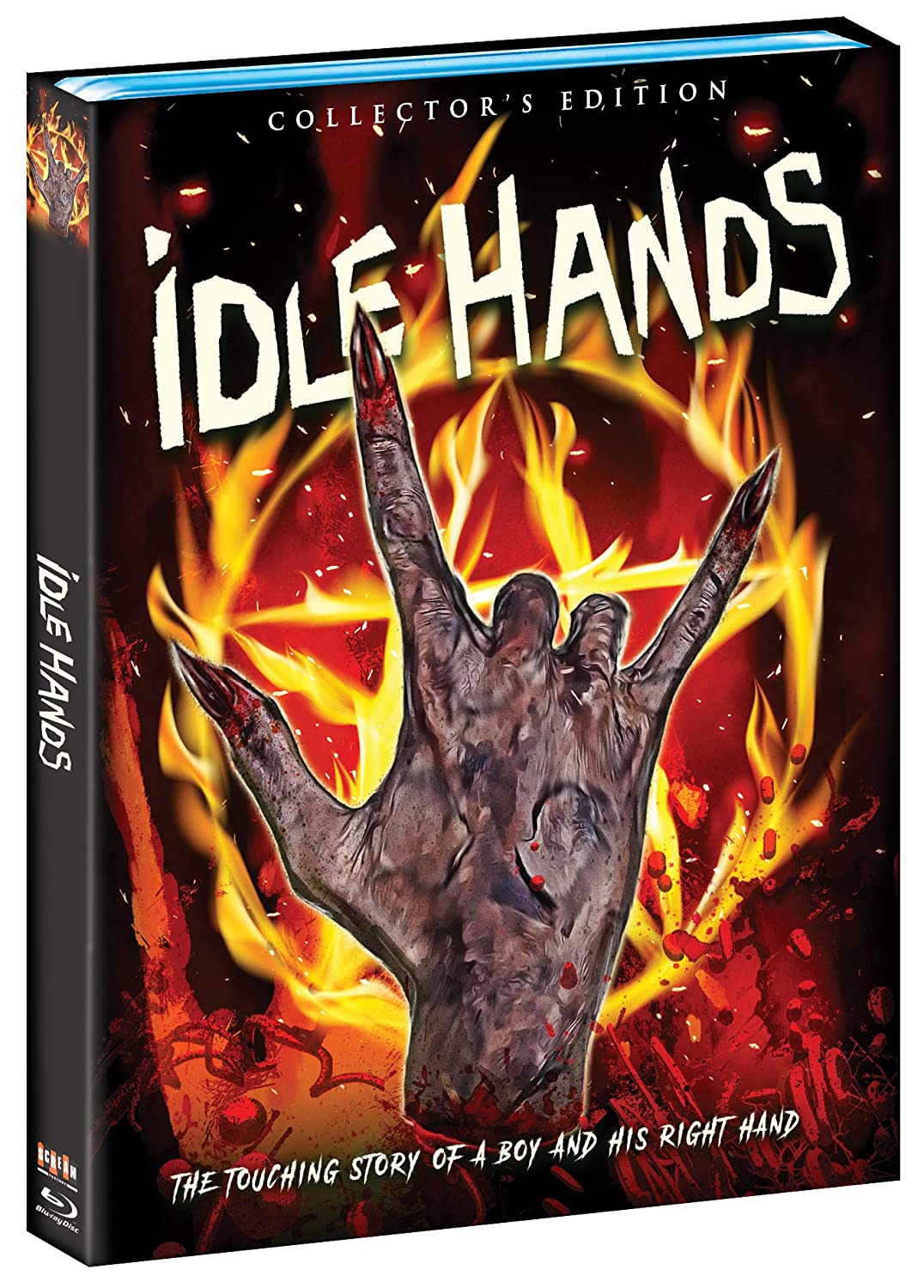