Although it may be difficult to believe, this year marks the 30th anniversary of Tales from the Darkside: The Movie, and Scream Factory is celebrating with a new Collector's Edition Blu-ray of the beloved horror anthology on August 25th. Ahead of its release, we've been provided with the full list of special features for the new Blu, including a massive making-of documentary:

Press Release: Los Angeles, CA – Four ghoulish fables in one modern nightmare. On August 25, 2020, Scream Factory proudly presents the anthology Tales from the Darkside: The Movie. (Collector’s Edition) in its ultimate Blu-ray debut. The horror fan-favorite comes home in a release packed with bonus features, including a new audio commentary with co-producer David R. Kappes and a new six-chapter feature-length documentary featuring a bevy of cast and crew. Fans who order from shoutfactory.com will also receive an exclusive poster, while supplies last.

From the clever and creepy minds of Stephen King (Pet Sematary), Michael McDowell (Beetlejuice), George A. Romero (Dawn of the Dead) and Arthur Conan Doyle (creator of Sherlock Holmes), comes an all-star anthology of horror.

To keep from being eaten by a modern-day witch (Deborah Harry, Videodrome), a young paperboy weaves three twisted stories to distract her. In "Lot 249," a vengeful college student (Steve Buscemi, Fargo) resuscitates an evil mummy to teach unsuspecting student bodies (Julianne Moore, Kingsman: The Golden Circle, Christian Slater, Mr. Robot) a lesson in terror. Then, "The Cat From Hell" is a furry black feline who cannot be killed ... he may have nine lives, but those who cross his path are not so lucky. Finally, in "Lover's Vow," a stone gargoyle comes to life ... to commit murder. In this classic cult favorite, fear comes in threes. 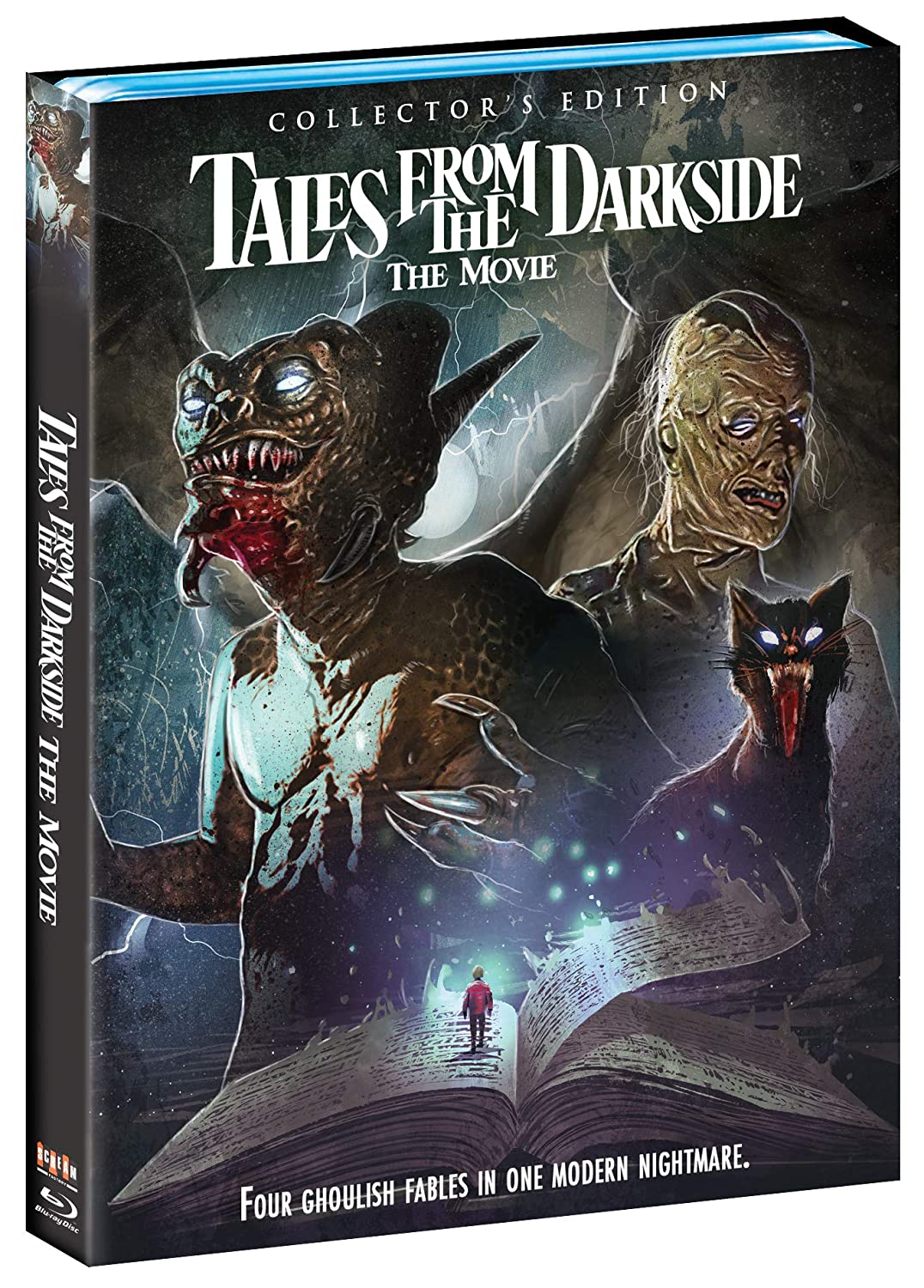