Scream Factory will heat up the summer with Hammer horror with their Collector's Edition Blu-ray of 1963's The Kiss of the Vampire, and ahead of its release, we've been provided with the full list of special features, including a new audio commentary.

Avid fans and collectors, please take note: those who order THE KISS OF THE VAMPIRE Collector’s Edition from ShoutFactory.com and get an Exclusive 18” x 24” Rolled Poster featuring brand new artwork, available while supplies last!

Lost on the way to their honeymoon, a young couple stumbles upon a mysterious family of vampires and their unspeakably evil leader. When a wrong turn leaves newlyweds Marianne and Gerald Harcourt stranded in a remote Bavarian forest, they have no choice but to accept the hospitality of the hypnotic Dr. Ravna, distinguished lord of a nearby castle. Ravna uses his "children" to lure the newlyweds to his lair, and soon they are plunged into a nightmare of horror and deception from which there may be no escape. Their only hope is Professor Zimmer, who calls upon an ancient ritual in a desperate attempt to destroy the vampires and free Marianne from Ravna's power.

THE KISS OF THE VAMPIRE Collector’s Edition Blu-ray 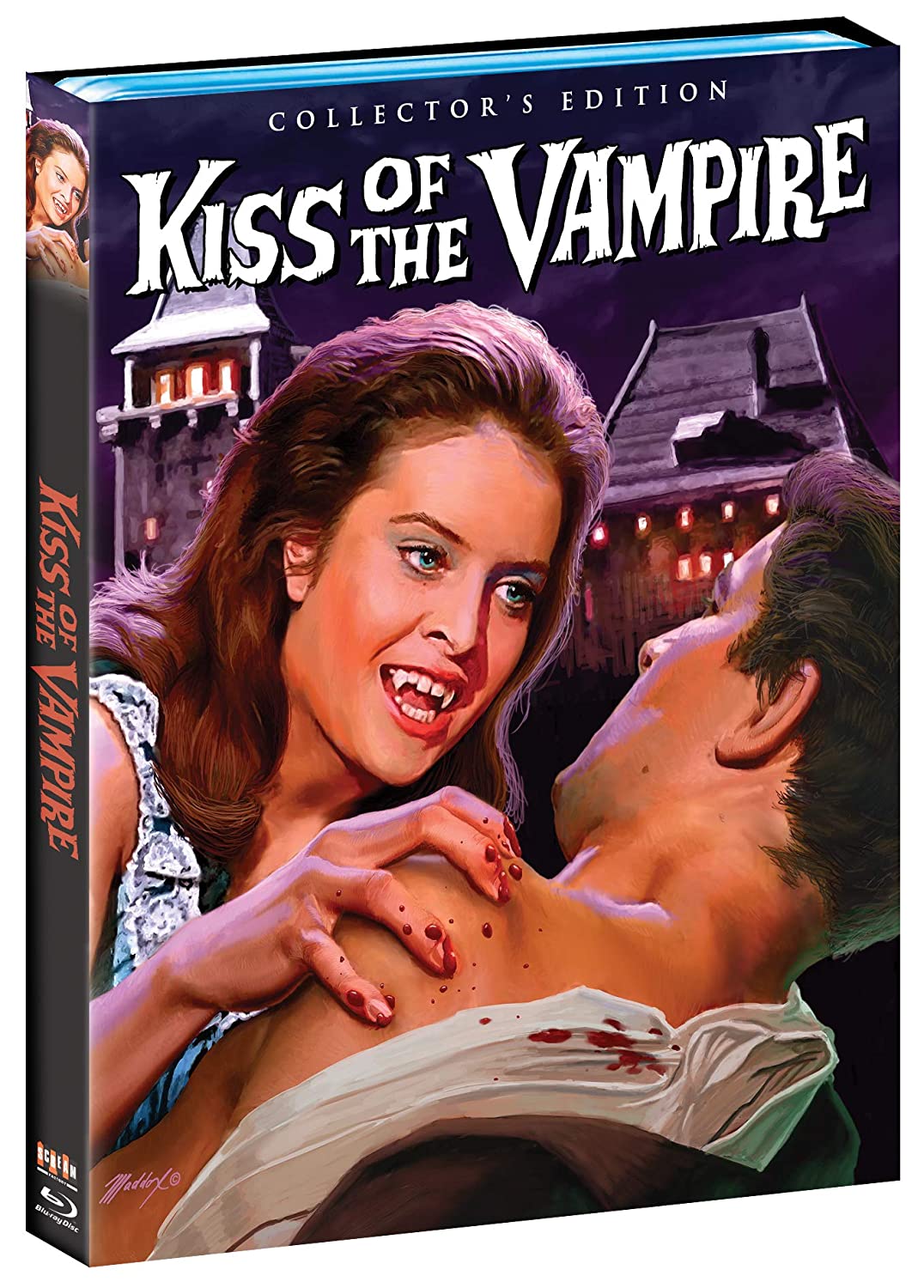