If you haven't seen the final showdown between Laurie Strode and Michael Myers in theaters or on Peacock, or if you're looking for more insights into the latest Halloween sequel, then you may want to mark your calendars, because Halloween Ends will be released on Digital on November 15th, followed by a December 27th release on 4K Ultra HD, Blu-ray, and DVD, and we have a look at the cover art and full list of bonus features (including a feature-length commentary and deleted and extended scenes).

Below, we have the official press release with full details on what to expect from the home media releases of Halloween Ends, and in case you missed it, check out our previous coverage of the film, including our Corpse Club discussions and Heather Wixson's interviews with co-stars Kyle Richards and Andi Matichak!

The most acclaimed and revered horror franchise in film history reaches its epic, terrifying finale as Laurie Strode (Curtis) faces off for the last time against the embodiment of evil, Michael Myers (James Jude Courtney). Michael hasn’t been seen for four years after the events of Halloween Kills. Laurie lives with her granddaughter Allyson (Andi Matichak) and has chosen to liberate herself from fear and rage and embrace life. When a young man is accused of killing a boy he was babysitting, a cascade of violence and terror is ignited with a final confrontation between Laurie and Michael unlike any ever captured on screen. Only one of them will survive.

With the purchase of HALLOWEEN ENDS on disc or digital, fans are eligible to earn points towards digital movies via the Universal All-Access Rewards program. Members can redeem their points for digital movies, swag and more!  For registration and details please visit www.MyUniversalRewards.com. 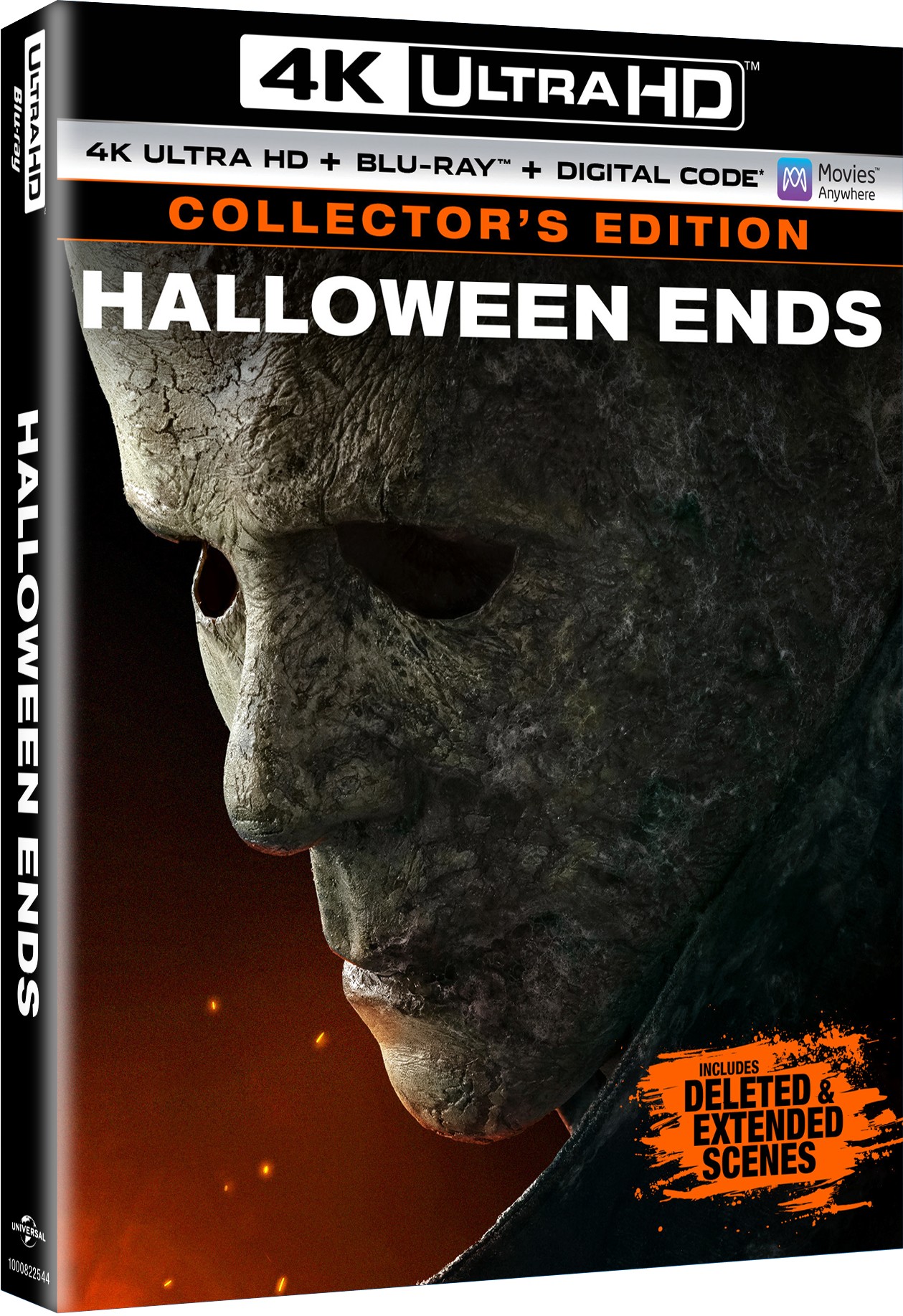