Over the past several years, it's been a dream (or perhaps a delightful nightmare) come true to see the worlds of horror and Archie Comics collide in Afterlife with Archie, Blossoms 666, and other comic book series, so I'm especially thrilled that Archie Comics has announced a new one-shot called Happy HorrorDays that will feature three holiday horror tales and will be released on December 14th—just in time to add it to your ghoulish gift lists!

We have the official press release with more information below, as well as a look at the main cover by Adam Gorham and the variant cover by Robert Hack.

Visit Archie Comics' website for more details on their upcoming releases, and be sure to check out our previews of Archie Comics' Halloween-themed digest releases!

Press Release: Archie Comics is wishing everyone a very scary holiday season with an all-new one-shot comic, HAPPY HORRORDAYS, hitting store shelves (and stockings) in December! The horror anthology features a return to the world of the hit Archie Horror series JUGHEAD: THE HUNGER by creators Frank Tieri (Deadpool) and Joe Eisma (Morning Glories), along with two more tales of yuletide terror bound to keep you up at night hoping that sound on the roof is who you think it is.

Setting up his offering, Tieri said, “In ‘‘Twas the Night Before the Hunger,’ X-Mas turns into an X-Massacre when Jughead finds himself up against none other than a pissed off Krampus one fine Christmas morn. It’s a nice little tale of ho-ho-horror where we may see more than just Christmas cookies and hamburgers getting eaten.” In Tieri's JUGHEAD: THE HUNGER series, Jughead is a werewolf, and we were treated to another trip back to that fan-favorite universe in CHILLING ADVENTURES PRESENTS... WEIRDER MYSTERIES, a sci-fi horror one-shot released in September.

In the second story, inspired by Icelandic folklore by writer Joanne Starer (Sirens of the City) and artist Butch Mapa (Star Wars), a terrifying cryptid teams up with Sheila Wu, a character introduced in the now-classic "New Kids Off the Wall" storyline by Alex Simmons and Dan Parent in 2010. Starer said, "Outcast fashionista Sheila Wu has one friend in the world. It just happens to be a terrifying, gigantic cat -- the Yule Cat of Icelandic folklore, known to hunt children who don't get new clothing for Christmas. When bullies Veronica and Cheryl Blossom mock her clothes and reject her gifts, well, they get a Christmas present they'll never forget!"

Rounding out the special holiday issue is a terrifying twist on a staple Archie Christmas character, Sugar Plum, Santa's fairy helper, by writer Joe Corallo (She Said Destroy) and artist Patrick Piazzalunga (Project Patron). "In my last Archie comic, JINX GRIM FAIRY TALES, I had the opportunity to take the previously heroic character of Kardak the Mystic and reintroduce him as a villain that needed to be overcome," Corallo said. "This time, I got to give the same treatment to Sugar Plum. I won't reveal much more as I want to avoid spoilers, but I hope people are pulled in from the first page and shocked by where the story goes!"

HAPPY HORRORDAYS, with colors by Matt Herms and lettering by Jack Morelli, releases December 14 in comic shops nationwide and is available for pre-order now. It will feature a cover by Adam Gorham and an open-to-order variant cover by Archie Horror legend Robert Hack.

ABOUT ARCHIE COMICS
Archie Comics is the leading mass market comic book publisher in the world and the home to a wide array of the most popular humor, action-adventure, and superhero characters in entertainment, including Archie, Jughead, Betty and Veronica, Reggie, Kevin Keller, Josie and the Pussycats, Sabrina the Teenage Witch, Li’l Jinx, and many more. Archie Comics have sold over 2 billion comics worldwide and are published around the world in a number of languages. In addition to comics, the Archie Comics characters are spotlighted weekly on The CW’s Riverdale TV series, and have been featured in animation, television, film, and music throughout its 80+ year history.

‘Twas the night before Christmas, and all through the house, not a creature was stirring not even a... werewolf?! The holidays look a little different in Riverdale this year—Santa’s nowhere in sight but Krampus is on the rampage! Who can take him down? Why only someone who can meet his match, and that someone’s best friend/monster hunter. That’s right, WereJug returns to do battle with the horned and hoofed holiday beast with Betty Cooper in his corner! Then, we dive into the true story of the Icelandic yule cat, Jólakötturinn, and her master—Sheila Wu?! Finally, Reggie meets a nice girl that he takes to the holiday dance—but things aren’t as they seem when she systematically dismantles Reggie’s life! The holidays are horrifying in this special horror anthology that reunites the team of Jughead: the Hunger! 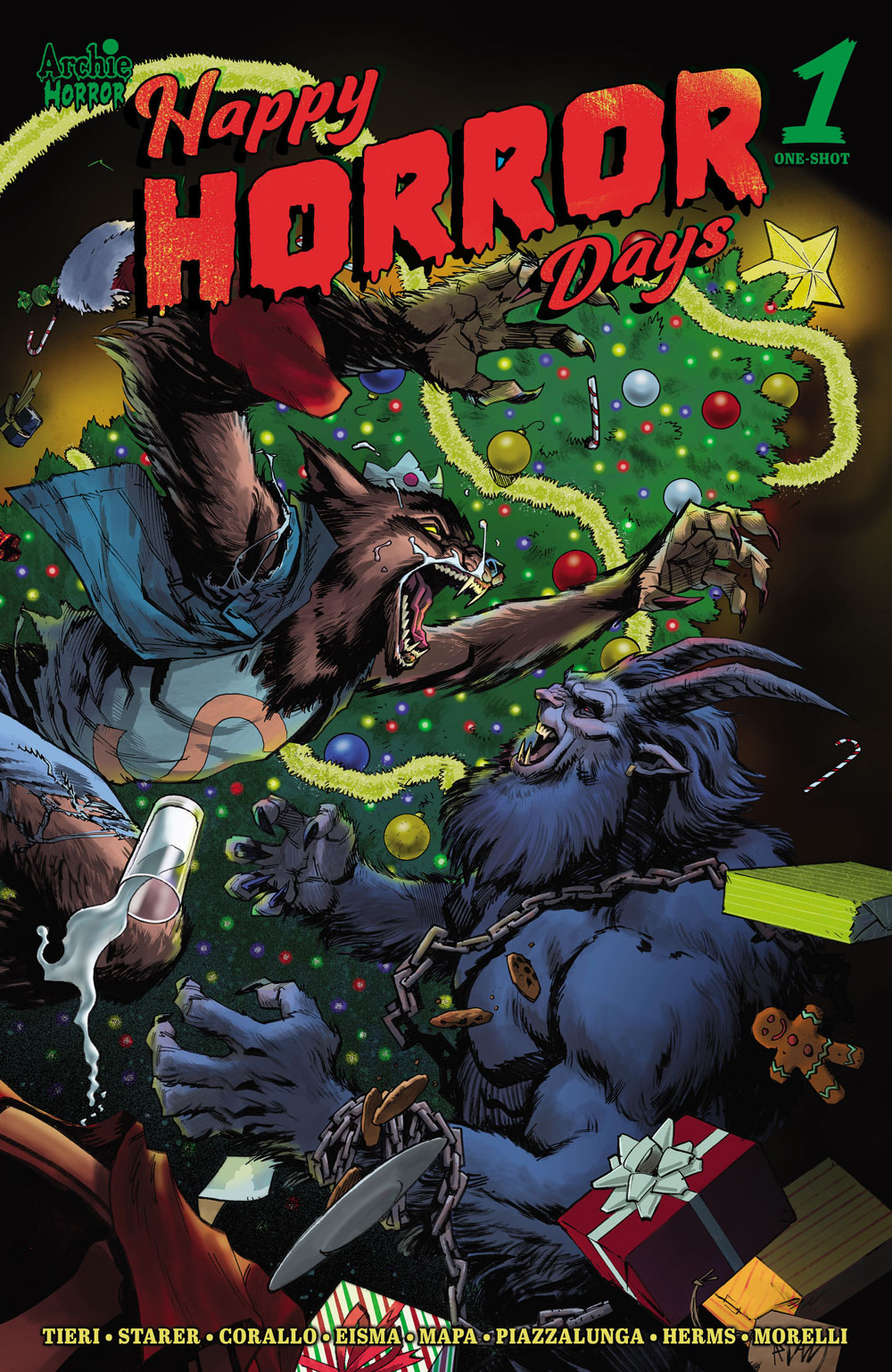 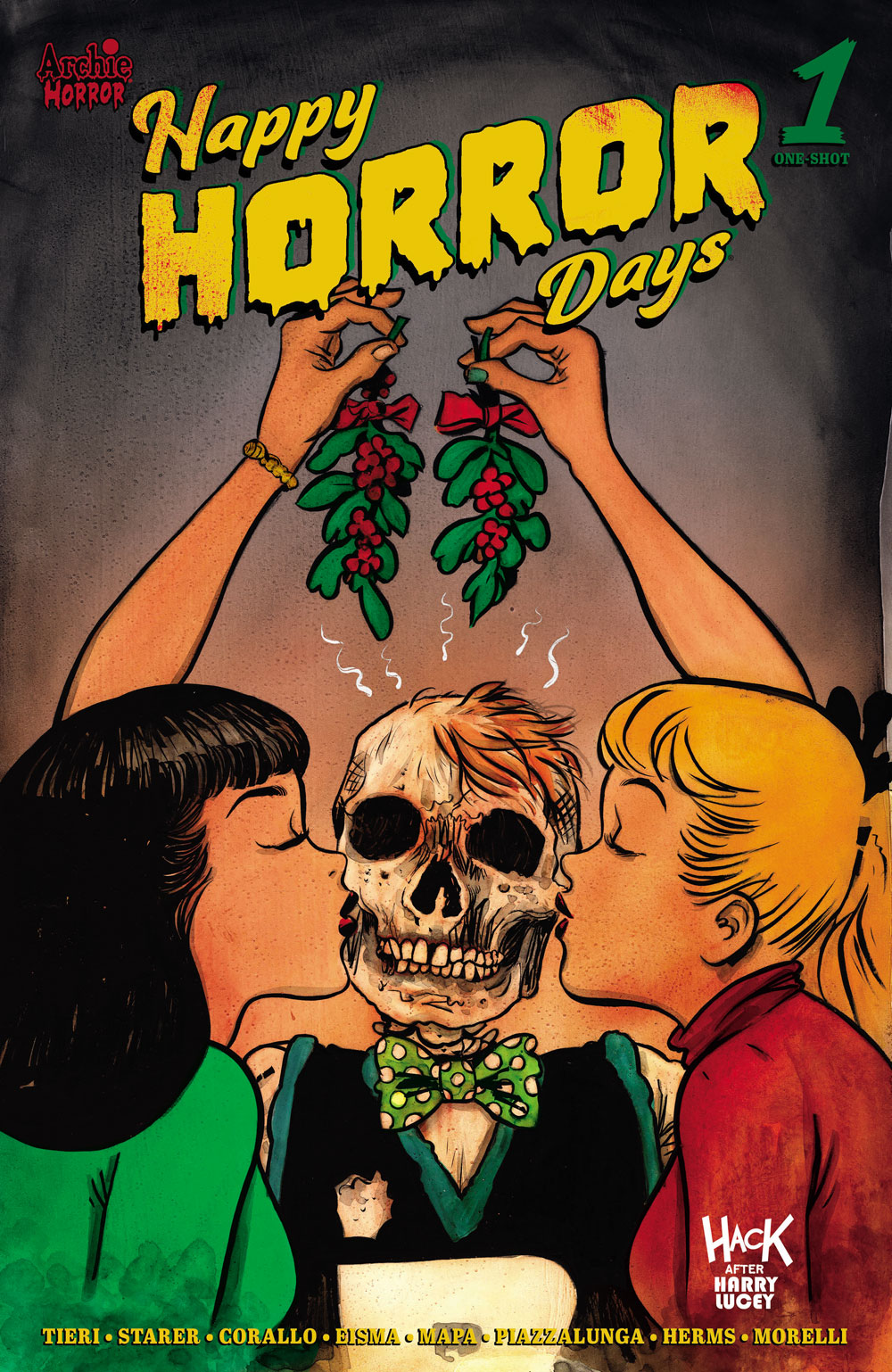