3 From Hell's Shudder Premiere Details: "Shudder, AMC Networks’ premium streaming service for horror, thriller and the supernatural, announced today that 3 from Hell, the blood-soaked new chapter in director Rob Zombie’s vicious “Rejects” trilogy, will premiere on the service Thursday, February 13. Shudder is the exclusive streaming home to the latest in Zombie’s popular film series which began with 2003’s House of 1000 Corpses and continued with The Devil’s Rejects in 2005.

A firestorm of murder, madness, and mayhem will be released in this terror ride to Hell and back. After barely surviving a furious shootout with the police, Baby Firefly, Otis Driftwood, and Captain Spaulding are behind bars. But pure evil cannot be contained. Teaming up with Otis’ half-brother Wilson, the demented Firefly clan is back to unleash a new wave of death and depravity. The film also features one of the final on-screen appearances of beloved genre star and longtime Zombie collaborator Sid Haig.

"It's all in the reflexes!" This print is an homage to two of our favorite things - vintage comics and Big Trouble in Little China!

Please note: frame shown is for display purposes only - this print does not ship framed.

Our giclee prints are:

Allowed to cure for 24-48 hours before shipping

Guaranteed not to fade when properly cared for.

T-Shirt: "'It's all in the reflexes!' This t-shirt is an homage to two of our favorite things - vintage comics and Big Trouble in Little China! Made from 100% ringspun, pre-shrunk cotton with a tear-away tag for an extra comfy fit. 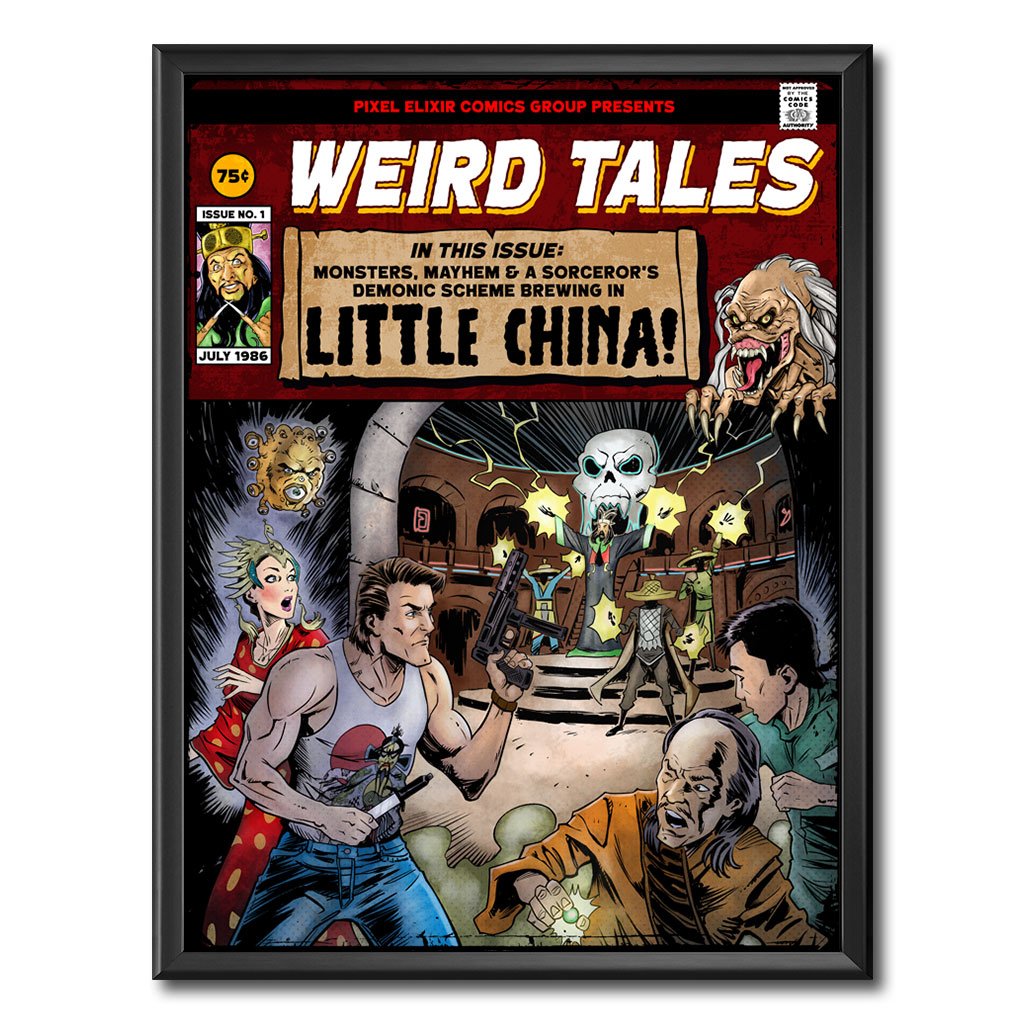 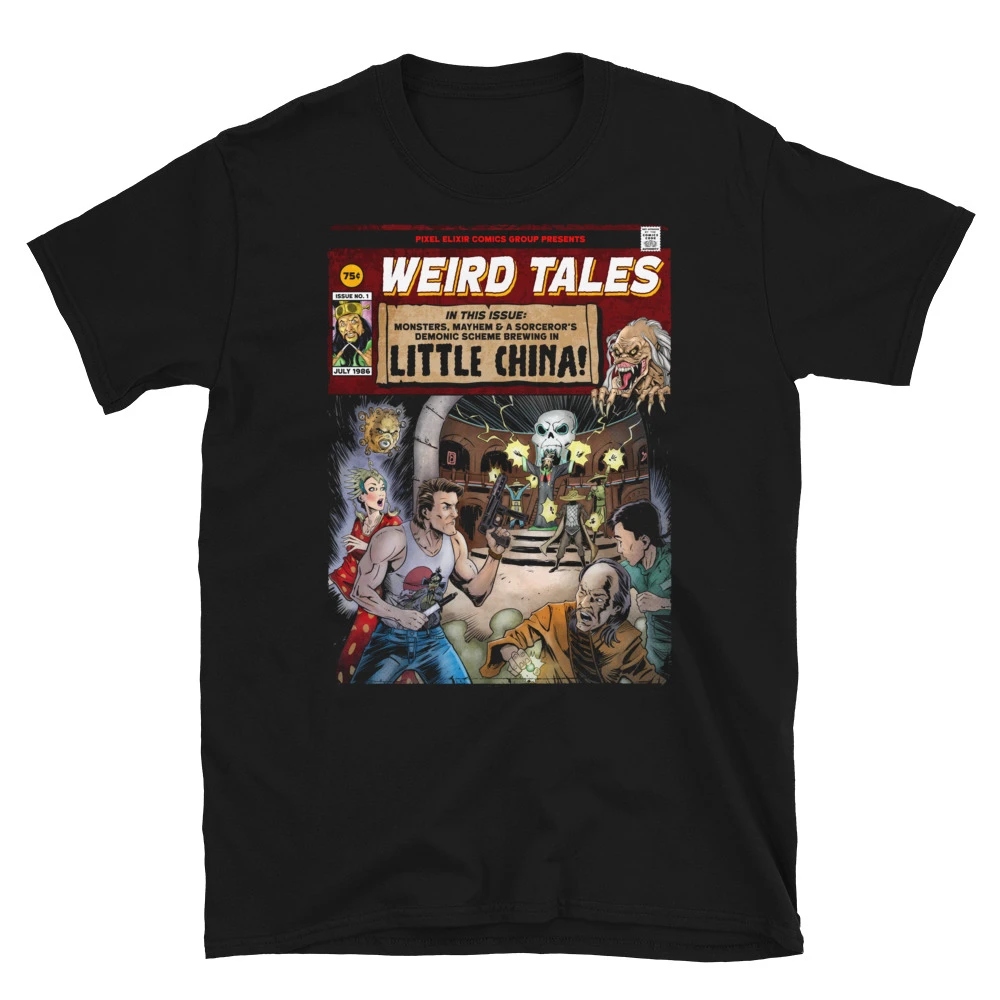 Verotika Trailer and VOD & Blu-ray Release Details: "Wanted to pass along the brand new trailer for VEROTIKA, legendary rocker Glenn Danzig's directorial debut based on his hit comics Verotik, which is releasing on February 25th from Cleopatra Entertainment. Referred to as the new The Room, this film has gained a huge cult following since its premiere at Cinepocalypse in June. 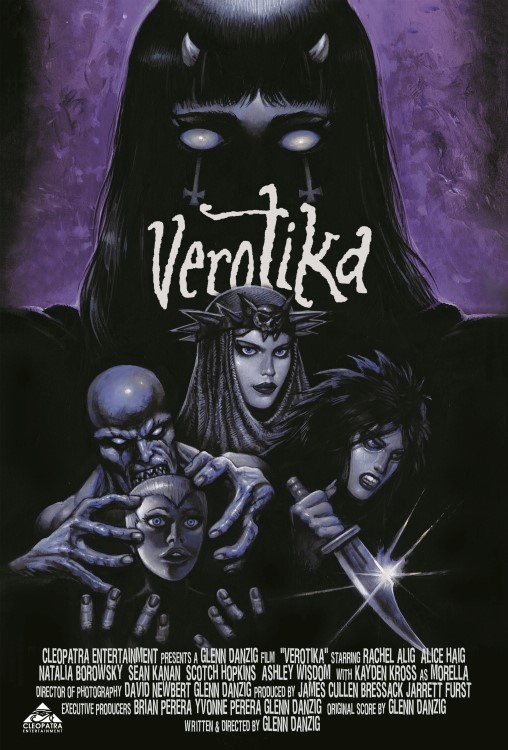 Described by critics as both an “absolute joy” (CNN) and “eccentric & effervescent” (Projected Figures), the electrifying film is set in a post-apocalyptic world where a woman fights to survive and be reunited with her family.

Welcome to the future - two years from now after the nuclear apocalypse that changed life as we know it. Black Flowers is a sci-fi road trip of epic proportions with a female superhero. Without gasoline, electricity, or communications, humanity is devolving into a barbarous society of hunting and pillaging. In this hellish landscape, one family fights for survival. Superhero Mother, Kate (Krista DeMille) loses her injured survivalist husband Sam (Ron Roggé) and lovestruck daughter Suzi (Andrea Sweeney Blanco) in a matter of days after they join handsome loner Joe (Jesus Lloveras) in search of a rumored hidden nuclear bunker full of food and medicine. Suddenly alone, lost in the chemical clouds and pursued by murderous scavengers, Kate fights to stay alive and reunite with her family. Joining Kate in her desperate bid to build a better world for her daughter are the kind yet doomed souls she meets along the way. Like humans, black flowers can kill or they can heal. Things are often not as they seem. 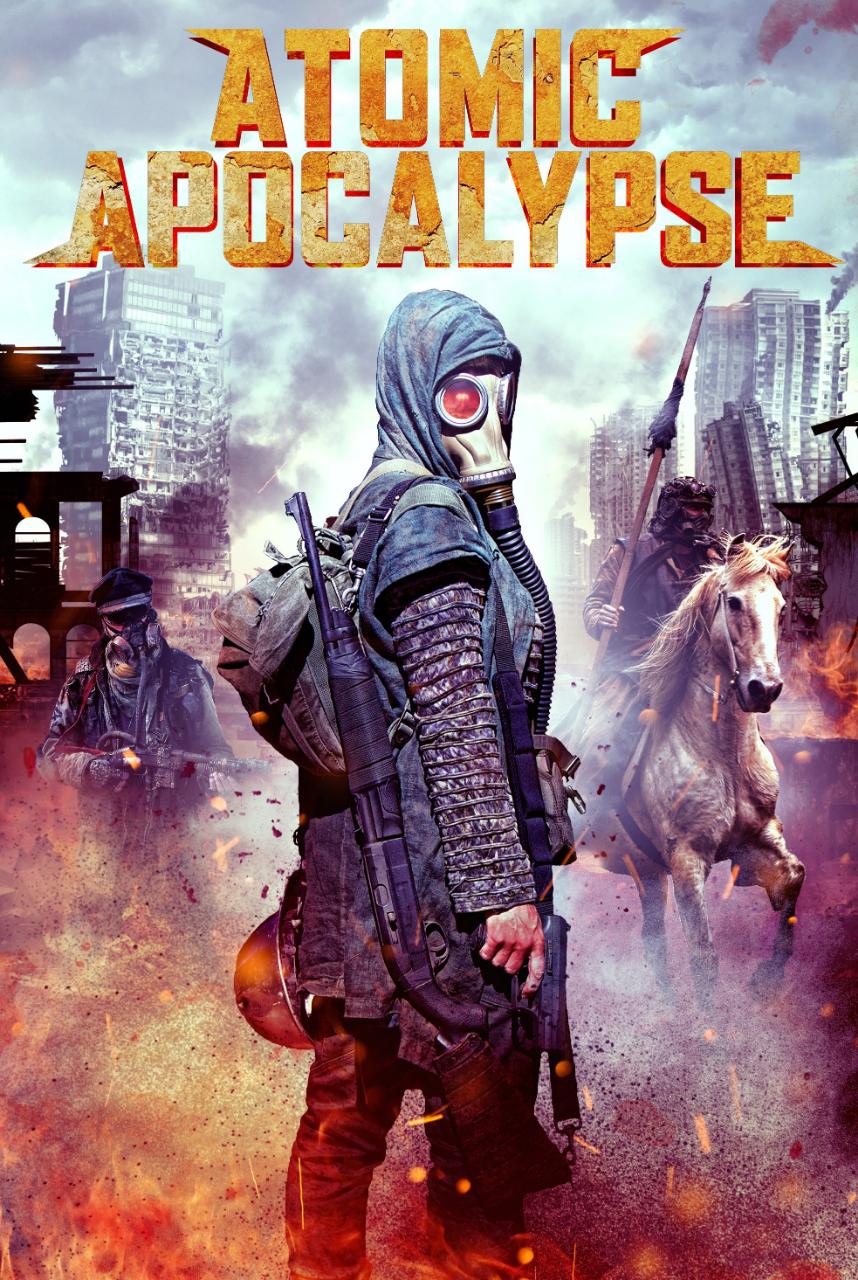