ARREBATO: "Horror movie director José is adrift in a sea of doubt and drugs. As his belated second feature nears completion, his reclusive bubble is popped by two events: a sudden reappearance from an ex-girlfriend and a package from past acquaintance Pedro: a reel of Super-8 film, an audiotape, and a door key. From there, the boundaries of time, space, and sexuality are erased as José is once more sucked into Pedro’s vampiric orbit. Together, they attempt the ultimate hallucinogenic catharsis through a moebius strip of filming and being filmed."

"Brand-new 4K restoration of Iván Zulueta's 1979 feature ARREBATO, a dimension-shattering blend of heroin, sex, and Super-8 is the final word on cinemania. This towering feat of counterculture was the final film from Zulueta (ONE, TWO, THREE, ENGLISH HIDE‑AND‑SEEK), Spanish cult filmmaker and movie poster designer.

Never before released theatrically in the U.S.A, Altered Innocence is thrilled to bring Zulueta’s vision, and Pedro Almodóvar’s favorite horror film, to a wider audience for the first time this fall." 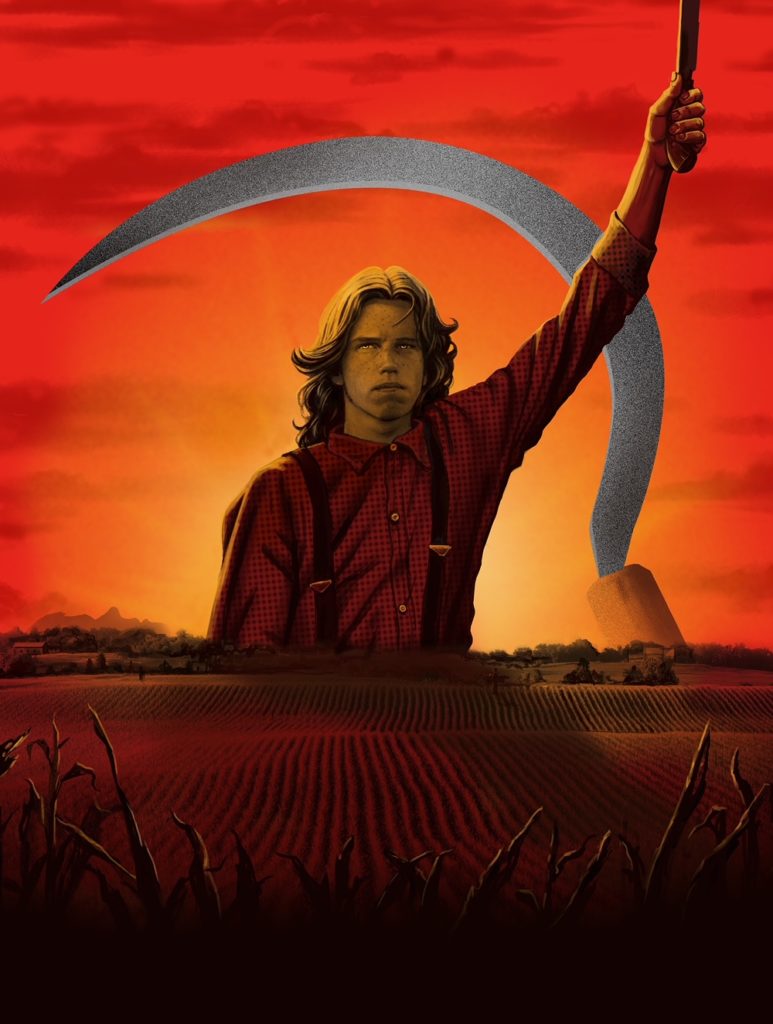 FEAR PHARM 2: "Fear PHarm 2 picks up where Fear PHarm left off. After fighting for her life within a corn field maze and trying to outrun a number of murderous psychos, Melanie (Tiana Tuttle, Fear PHarm) has regained consciousness to discover that she is now being held hostage by the Walker family, so they can continue to harvest her skin for their breakthrough skin care cream. Business is booming for the Walkers and Melanie soon finds that she's not alone. Dozens of others are being held captive for their skin, as the family has plans to grow the business internationally. With one failed escape attempt under her belt, Melanie must once again fight for the opportunity to survive.

The new operation, headed by Locke and backed by Silicon Valley funding and proprietary marketing/distribution algorithms, focuses on film production, financing, acquisition, distribution, and marketing, using Locke’s years of experience in both the independent and studio film sectors to guide the company’s strategy.

Rotting Press’ initial slate of titles include Locke’s feature directorial debut FLOAT, which just wrapped principal photography on the Russian River, and FROGMAN, the feature directorial debut from award-winning filmmaker Anthony Cousins currently ramping up production. A third film, a contained creature-feature, is in pre-production and slated to begin shooting at the beginning of 2022.

"Having been on all sides of the filmmaking process myself, I'm excited to be in a position to help empower independent genre filmmakers” says Zac Locke, “Rotting Press' resources, along with our ability to leverage new distribution and marketing platforms, will hopefully result in some fresh new voices and wild original films reaching horror fanatics and general  audiences alike."

While with Blumhouse, Locke’s Biz Affairs credits included the Academy Award-winning feature GET OUT as well as installments of the popular INSIDIOUS, PURGE, SINISTER, and OUIJA franchises. Highlights from his time at Divide/Conquer include serving as an Executive Producer on Universal’s BLACK CHRISTMAS, Amazon’s THE VOYEURS, Emma Tammi’s TIFF 2018 selection THE WIND, released by IFC Midnight, and Kelly Oxford’s 2020 AFI selection PINK SKIES AHEAD, released by MTV Entertainment Studios.

FLOAT, written and directed by Locke, stars Scarlett Sperduto and Grant Morningstar, who both also star in Robert Rippberger’s upcoming feature THOSE WHO WALK AWAY, as well as actress and model Kaya Coleman and newcomers Kate Mayhew and Miguel Muñoz. The horror-thriller follows a vlogger and her crew embarking on a river float where they are plunged into a life and death battle with a mysterious local, a sinister paranormal force, and their own fears.