Film buffs might be interested to know that the 2020 Boston Underground Film Festival (BUFF) lineup has been announced! A number of interesting films will have screenings, including Saint Maud and Dinner in America. Also in today's Horror Highlights: release details for Infection and the Steve Wands' new novella Feareater.

BUFF is proud to host the East Coast Premiere of Adam Rehmeier’s Sundance-smash must-see punk-rock rom-com, Dinner in America, which sets the raucous tone for the festival’s 22nd year with its salty-sweet, darkly hilarious tear through the suburban hellscape as two seemingly mismatched misfits find each other and themselves through music and a shared appetite for anarchy.

UK writer-director Rose Glass crafts a chilling and boldly original vision of faith, madness, and salvation in a fallen world with her gut-punch feature debut, Saint Maud. BUFF is beyond honored to host the Boston Premiere of A24’s highly anticipated upcoming release, with director Glass in attendance for a post-screening Q&A! Our thematic strand of unholy obsession continues with the World Premiere of the 2K Restoration of Philip Ridley’s 1995 awe-inspiring The Passion of Darkly Noon, courtesy of the American Genre Film Archive and Arrow Films. With Cage-Rage all the rage, don’t miss the chance to indulge in a little big-screen Fras-Rage as Brendan Fraser tackles the titular role of an ex-cultist burning with desire for the sultry, maybe-a-witch/maybe-not-a-witch Callie (Ashley Judd).

Keeping the faith (of sorts) is Miguel Llansó’s Afrofuturist, “WTF thriller” Jesus Shows You the Way to the Highway, which follows a pair of undercover agents who must utilize VR to destroy a computer virus that threatens the megalopolis they’re charged with protecting. When one of the agents accidentally inhales a mystery gas, he finds himself trapped in a parallel reality and must put his faith in a Christ-like figure to find his way toward the ultimate truth. Speaking of strange gases, writer/director/star Molly Hewitt’s candy-colored dynamo debut Holy Trinity follows an aerosol-huffing, sex-positive, queer dominatrix who develops an ability to commune with the dead and must contend with the spiritual and existential consequences that result.

Obsession transmogrifies into objectophilia in Quentin Dupieux’s darkly funny Deerskin, which finds Georges (played by Academy Award winner Jean Dujardin) in a bizarre midlife morass of masculinity-gone-real-wrong as his vintage deerskin jacket compels him to take up a life of crime and artifice. Co-star Adèle Haenel (Portrait of a Lady on Fire) becomes an unlikely collaborator and documentarian of Georges’ unhinged, leather-driven pursuits. Objectophilia expresses its softer side in Zoé Wittock’s stunning debut, Jumbo, which follows Jeanne (played by Noémie Merlant, also of Portrait of a Lady on Fire fame), a shy young woman who finds true love on the job in the form of a 25-foot amusement ride. Enjoying its East Coast Premiere and closing out BUFF’s 22nd year, Jumbo perfectly complements Dinner in America’s opening salvo of misfits finding love in all the weird (and lovely) places.

In line with our commitment to giving first-time feature filmmakers a broader presence at the festival, BUFF is thrilled to present a pair of powerful debuts that demand your attention. Bri Proke’s Shark Week follows a lonely burnout named Bill who skateboards the streets of Toronto in search of his lost dog, also named Bill. Along his journey, he’s confronted by his past at every turn and opportunities to change course. This gem is a film by the weirdos, for the weirdos and BUFF is honored to host the International Premiere with director Proke in attendance! BUFF is also exceedingly proud to host the World Premiere of BUFF alum Nicholas Payne Santos’ New England-set It Cuts Deep, a whipsmart horror-comedy about a man’s fear of marriage & kids, also with director and talent in attendance!

Fans of horror, have no fear: There’s plenty more for you in this year’s lineup including Tetsuya Nakashima’s (The World of Kanako) head-spinning supernatural boogeyman banger, It Comes; the East Coast Premiere of Natasha Kermani’s bloody and biting feminist fright fest, Lucky (with director Kermani in attendance!); The Deeper You Dig, an unsettling supernatural tale where a mother, her daughter and a stranger’s lives collide in the aftermath of a roadside accident; and this year’s midnight Secret Screening is guaranteed to be one of the year’s best films ever.

Our annual kid-friendly Saturday Morning All-You-Can-Eat Cereal Cartoon Party tunes back into a cherished bygone pastime with three hours of ‘toons and cereal smorgasbord, hosted and programmed by renowned curator, author, publisher, and founder of the Miskatonic Institute of Horror Studies, Kier-La Janisse. For the first time, BUFF is expanding its kid-friendly fare with a 35mm screening of Nicholas Roeg’s The Witches, in honor of this formative children’s masterwork on the occasion of its 30th anniversary.

In honor of BUFF’s dearly departed founder, David Kleiler, we’ll be hosting a very special Work-in-Progress screening of Films in the Living Room, a documentary about the beloved elder statesman of New England film by David Kleiler Jr. (who will be in attendance). We’ll also have our usual veritable bounty of shorts programming, celebrating the finest animation, transgressive horror, comedy, homegrown talent, and genre-inspired music videos!

And if all of that wasn’t enough, be sure to check out A Little Faith is a Dangerous Thing: Inspired by Saint Maud, a special repertory series that explores the dangers of faith – either too much or not enough. Psycho killers, Satanic possessions, biblical disasters, cult freakouts, witchcraft, even the Antichrist himself – this series has it all and is presented in association with A24 and the Brattle Theatre during the week before BUFF22 (March 18–24).

Limited festival passes are only available via BUFF’s Kickstarter, which runs until March 13th.

Tickets will be on sale at www.brattlefilm.org and www.bostonunderground.org on March 9th at 2 pm.

A man's obsession with his designer deerskin jacket causes him to blow his life savings and turn to crime.

An on-the-lam punk rocker and a young woman obsessed with his band unexpectedly fall in love and go on an epic journey together through America's decaying Midwestern suburbs.

FILMS IN THE LIVING ROOM - Work-in-Progress

One day, a visitor leaves Hideki a memo of his unborn daughter's name "Chisa". Two years later, Hideki's house is attacked by a sinister presence. To protect his family, Hideki asks for help to perform a ritual to break an unknown spell.

While on Christmas vacation, a young couple contemplates their future together. Ashley is interested in getting married and having kids which terrifies Sam. When the more attractive and paternal Nolan enters the picture, Sam’s life spirals out of control as Ashley questions their relationship. Chaos reigns as Sam desperately clings to Ashley while fending off the threatening Nolan.

JESUS SHOWS YOU THE WAY TO THE HIGHWAY - New England Premiere

CIA Agents Palmer and Gagano are tasked with the mission of destroying a computer virus called "Soviet Union". They enter the system using VR but the mission turns into a trap.

Jeanne, a shy young woman, works in an amusement park. Fascinated with carousels, she still lives at home with her mother. That's when Jeanne meets Jumbo, the park's new flagship attraction.

A suburban woman fights to be believed as she finds herself stalked by a threatening figure who returns to her house night after night. When she can't get help from those around her, she is forced to take matters into her own hands.

The debut film from writer-director Rose Glass, Saint Maud is a chilling and boldly original vision of faith, madness, and salvation in a fallen world. Maud, a newly devout hospice nurse, becomes obsessed with saving her dying patient’s soul — but sinister forces, and her own sinful past, threaten to put an end to her holy calling.

Lonely burnout Bill Berney loses his dog, and skateboards around the city trying to find him. Throughout this sweaty summer day, Bill is repeatedly confronted with his past, and those involved in it.

In the aftermath of a roadside accident, the line between the living and the dead collapses for a mother, a daughter and a stranger.

Darkly Noon (Brendan Fraser) is the sole survivor of a military-style attack on an isolated religious community. Stumbling through a forest in a daze, he is rescued by the free-spirited and enigmatic Callie (Ashley Judd). Darkly finds himself feeling strange new desires for Callie as she nurses him back to health… only to watch her jump into the arms of her returning non-speaking lover Clay (Viggo Mortensen). Lost in the woods with only his fundamentalist upbringing to make sense of his unrequited passions, Darkly soon descends into an explosive and lethal rage.

A young boy stumbles onto a witch convention and must stop them, even after he has been turned into a mouse."

Infection Trailer Released: "Horror has a new homeland. INFECTION is the first zombie film made in Venezuela, and it sets the apocalyptic devastation against a backdrop of the very real sociopolitical turmoil ravaging the country. After an outbreak of a new strand of the rabies virus turns the population into crazed, bloodthirsty cannibals, a young doctor finds himself separated from his son, with the rapidly decaying city and sprawling countryside standing between them. Navigating his way through the plague-infested streets and marauder-filled backwoods roads, he must use every resource at his disposal to find his way back to his only child and hopefully unlock the secret to a cure for the deadly disease. "The special effects impress" (Pip Ellwood-Hughes, Entertainment Focus) in the remarkable debut from writer-director Flavio Pedota. A collision of worlds between Mad Max and 28 Days Later, INFECTION is a breakneck thriller where the survival of an entire species may depend on the survival of one man." 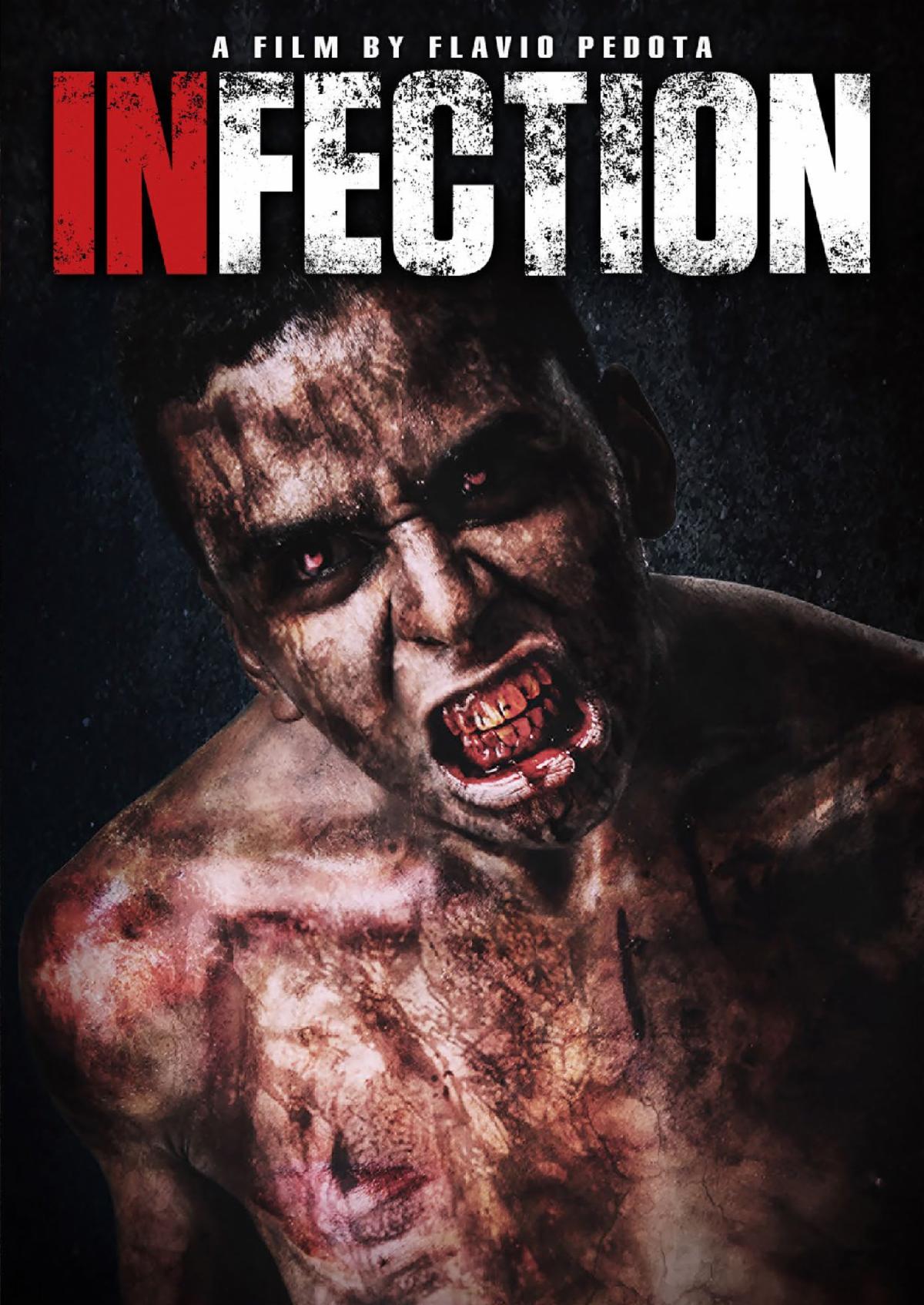 Feareater Release Details: "FEAREATER is a supernatural thriller in which Anissa Jones, wanting a better life for herself and her mother, runs away. Anissa leaves her mother to choose between a loving daughter or an abusive husband. With her best friend Geraldine in tow, they find shelter at a nearby abandoned housing development.

They are not alone, however. In the woods is a woman that feeds on fear. She is little more than a ghost story, a demon of sorts, and the next night, when Anissa returns alone, she reveals herself.

Unbeknownst to each other, her best friend, an angry stepfather, the friendly neighborhood drug dealers, and a pair of concerned police officers search for her. Before they find Anissa, the woman in the woods finds them. She amplifies their fears. Manipulating them to converge in a fatal confrontation forever changing their lives."

For more information on this eBook, head on over to Amazon or Books2Read 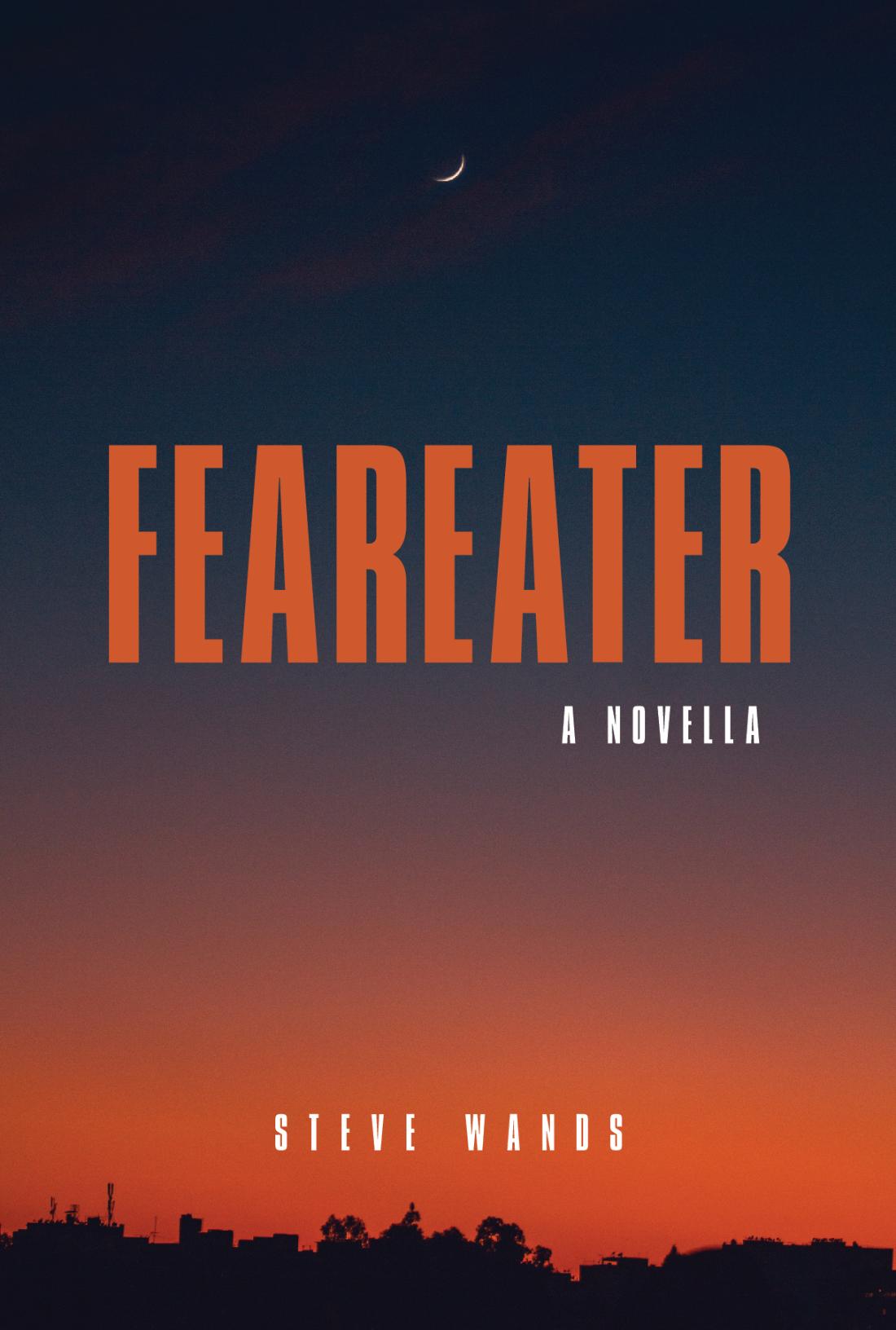