He's terrorized space... the 'hood... an up-and-coming Jennifer Aniston in Leprechaun (1993)... and now his face can be plastered all over your body! Cavitycolors has announced new Leprechaun apparel ― available now. Also: Vampire Dad release details and news on the theatrical performance of The Monsters You Meet in the Dark.

Get yours now, and it’ll ship next week so you’ll have a killer shirt for St. Paddy’s Day!

Let us know what you pick up!" 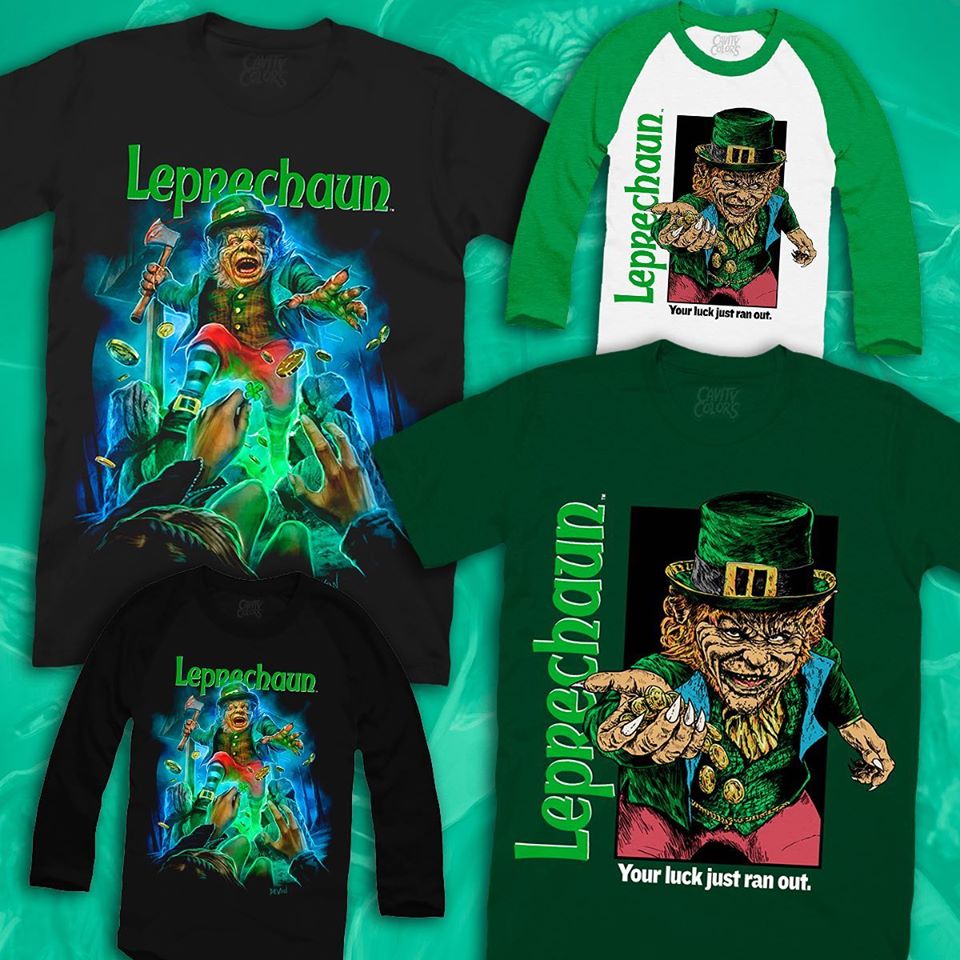 VAMPIRE DAD follows psychologist, Dr. Raymond Walenski (Hurst) who is turned into a vampire in order to provide therapy to creatures of the underworld. He battles his new beastly nature while struggling to keep his family life from being torn apart.

The deal was brokered by Eric Doctorow of Random Media, and by Tiffany Boyle and Sean Pope from Ramo Law on behalf of the filmmakers.

VAMPIRE DAD is Ingrassia’s feature film directorial debut. She is a series regular on Amazon’s “Goliath” and has a recurring role on Tyler the Creator’s cartoon “The Jellies” as the voice of Taylor Swift. She’s performed with Holly Hunter in HBO’s original “The Positively True Adventures of the Alleged Texas Cheerleader-Murdering Mom” followed by the iconic experimentalist in Alexander Payne’s ELECTION.

Random Media will release VAMPIRE DAD in theaters and on multiple VOD platforms on June 16th, 2020, just prior to Father’s Day." 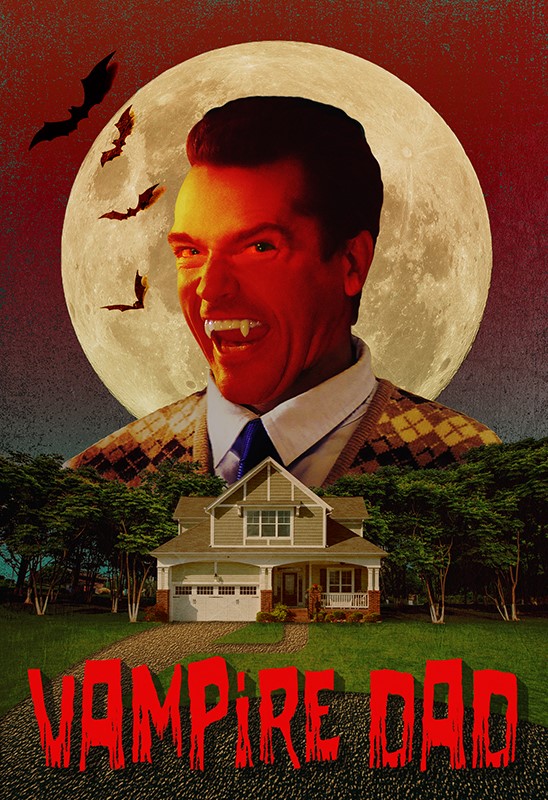 "THE MONSTERS YOU MEET IN THE DARK is a duo of one-acts, two terrifying and twisted tales of tragedy and horror coupled together in one thrilling night of theatre.

IT TOLD ME TO Dir. Zan Vailento, Written by Julia Everitt, Jazmine Cornielle, and Lauren Anthony - In the 1970s, after Savannah murders her fiancee at the behest of a demon she is committed to an asylum where she meets Corrie, a young woman who may not actually belong in there. The two form a companionship that is put to the test as the demon continues to demand Savannah commit grisly acts of murder.

THE WOODS LISTEN Dir. Jenna Brady, Written by Killian Lock, Chase O'Neill, and Vikki Martin - A group of old college friends meet to go camping for a weekend to celebrate an engagement. After nightfall, increasingly strange and horrific things begin happening and one by one some are picked off. There is something in the trees that is hunting them. And one of the people in the group may not be who they say they are. 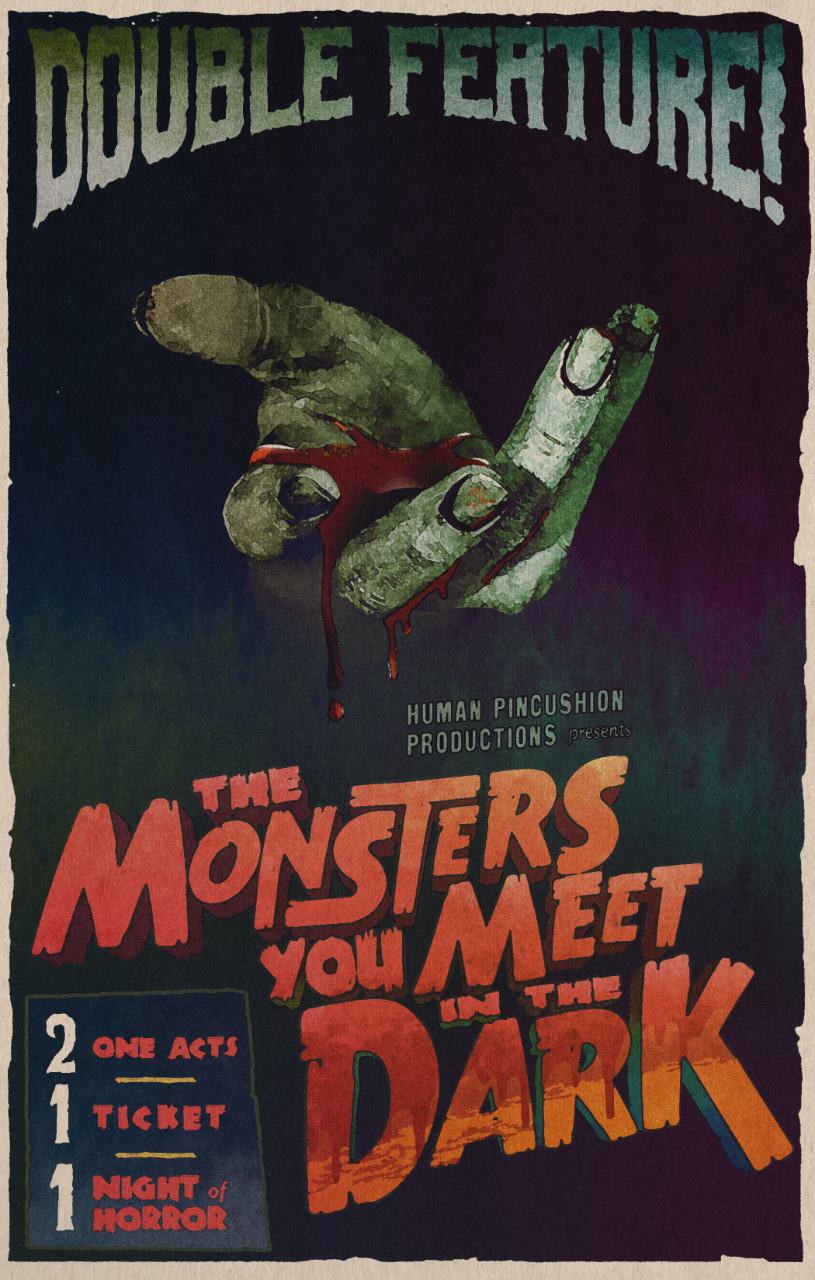