The very impressive lineup for the 5th annual Final Girls Berlin Film Festival 2020 has been announced, and it starts off today's Horror Highlights. Our readers can check out the list after this brief introduction. Also in today's Horror Highlights: Kheireddine El-Helou's short film Twinkle (which premiered on ALTER) and a look at the trailer for Vahagn Karapetyan's horror web series Wicca Book.

Festival co-director Eli Lewy calls this year's festival edition the "most expansive and international yet, presenting a wide array of films by visionary filmmakers that represent the diversity and originality that can be found in the current horror landscape." The exciting program features eight curated short blocks and nine feature films, a horror-inspired self-defense workshop, an exhibition, a festival party with multimedia drag performances, and specialist talks on horror martyrs, made-for-TV horror, 'female monsters,' and 'bad mothers' in Mexican horror cinema.

"Horror is a very elastic term," adds fellow co-director Sara Neidorf, "and we're excited to discover films that make us question and expand our conceptions of what horror can be, both in ways that are distant from and uncannily near our own realities."

CHARLIE SAYS
Three young women were sentenced to death in the infamous Manson murders case. Their sentences became life imprisonment when the death penalty was lifted in California. One young graduate student was sent in to teach them. Through her, we witness their transformation as they face the reality of their horrific crimes.

THE FATHER'S SHADOW
Having lost her mother, a girl turns to a dubious form of magic to make her wishes come true. In the meantime, her depressed father fights to keep his job as things take a strange turn in this unique, spiritual drama with a touch of horror.

THE DEEPER YOU DIG
Fourteen-year-old Echo and her mother Ivy, a tarot card reader, live a quiet life in a rural area. When reclusive Kurt moves down the road to restore an abandoned farmhouse, an accident leads to Echo's murder, and suddenly three lives collide in wicked ways. Kurt assumes he can hide his secret under the ground, but Echo burrows into his head until he can feel her in his bones. As she haunts his every move, trying to reach her mother from beyond,Ivy must dig deep to see the signs and prove that love won't stay buried.

DARK WHISPERS
When Clara discovers her deceased mother's revered Book of Dark Whispers, she can't stop reading the strange stories within its mystical pages. Each weird tale reveals a new facet of the twisted human psyche...or, in this case, the not-so-human. From the horror of grief to roommate living disasters, from existential dread to right-swiping vampires, there's something for all tastes. The horror anthology is brought to you by eleven female directors from across Australia.

SHALLOW
Hunter (Haley Bennett) is a newly pregnant woman whose idyllic existence takes an alarming turn when she develops a compulsion to eat dangerous objects. As her husband (Austin Stowell) and his family tighten their control over her life, she is forced to confront the dark secret behind her uncontrollable obsession. From the producers of The Rider and The Tale, and executive producer Joe Wright (Darkest Hour), SWALLOW plays like a warped fairy tale, posing provocative questions about the expectations imposed on women, women's control over their own bodies, and the psychologically damaging effects of patriarchal culture.

When Trish (Michele Michaels) decides to invite her high school basketball teammates over for a slumber party, she has no idea the night is going to end with an unexpected guest crashing the party: an escaped power drill-wielding killer. SLUMBER PARTY MASSACRE was originally penned as a parody of the slasher genre. Rehashed by producers into a 'serious' slasher, the film retains its original intentions as a celebration and acknowledgment of the ridiculousness of the genre, offering up an inversion of the male gaze and lots of murders by power tools.

Sarah Jacobson's punk-spirited DIY films from the 1990s combine B-movie aesthetics and riot grrrl feminism, standing as a testament to the vision, determination, and raw talent of the Queen of Underground Cinema. I WAS A TEENAGE SERIAL KILLER, a twenty-seven-minute short, is SLACKER meets Valerie Solanas, as a nineteen-year-old woman responds to catcalls, condescension, and bad sex the only way she knows how: murder.

TITO
Tito is trapped. With lank black hair, curlicue sideburns, and an emergency whistle dangling from his neck, he is so stricken with fear that he's developed a hunch in his back. Any attempt to venture into the outside world is met with the threat of elusive predators who hunt him relentlessly. Starved for food and security, Tito's terrorized existence threatens to overwhelm him--until the sudden arrival of a cheerful intruder, offering breakfast and protection. TITO is a story about predation, friendship, and fear told through a wildly expressive new lens.

ROCK PAPER SCISSORS
The routine of eccentric, maladjusted siblings is disrupted when their half-sister arrives looking for her share of the inheritance, resulting in a series of sick games to see who is the rock, who is the paper, and who is the scissor.

HAIL SATAN
When media-savvy members of the Satanic Temple organize a series of public actions designed to advocate for religious freedom and challenge corrupt authority, they prove that with little more than a clever idea, a mischievous sense of humor, and a few rebellious friends, you can speak truth to power in some truly profound ways. As charming and funny as it is thought-provoking, HAIL SATAN? offers a timely look at a group of often misunderstood outsiders whose unwavering commitment to social and political justice has empowered thousands of people around the world.

The birth of the made-for-television movie just happened to coincide with the second-wave feminist movement that was erupting in the streets of the United States. Television, which has always been interested in the female demographic, represented this movement in different ways, and the telefilm became a prime space for addressing issues that were important to women. The genre telefilms of the 1970s and well beyond also challenged common stereotypes that have afflicted female characters for years. However, the action didn't always happen on screen. Several women worked behind the scenes and had their hand in the production of some of the most memorable television genre films. Horror Comes Home: Women and the Made-for-Television Movie is a retrospective on the oft-maligned made-for-TV genre movie, exploring how these films spoke to its female audience in a way no other medium has.

THE BAD MOTHER IN MEXICAN HORROR

Portrayed as a mere residue of superstition, La Llorona (The Weeping Woman) made a big-screen comeback in 2019 with Michael Chaves' THE CURSE OF LA LLORONA — another addition to THE CONJURING franchise. But she has been roaming on-screen since the 1930s: her cry encapsulates the legacy of colonialism and oppression in the Americas. Valeria Villegas Lindvall from the University of Gothenburg will explore the rich legacy of Mexican cinema guided by her presence, from the first horror film produced in the country--Ramón Peón's LA LLORONA (1933)--to current manifestations of the genre, such as Issa López's TIGERS ARE NOT AFRAID (2018) and Emilio Portes' BELZEBUTH (2018).

AS GOD IS MY WITNESS: MARTYRDOM IN MODERN-DAY HORROR

The concept of martyrdom is widely used but rarely fully understood--a fact due, in some part, to its changing relevance across changing times. From Joan of Arc to Socrates to the contemporary incidents of terrorism and suicide bombings, martyrdom has come to mean a great many things. MARTYRS and THE EXORCISM OF EMILY ROSE don't have much in common in the cinematic sense, but both films tackle the subject of modern-day martyrdom in diverse and theologically nuanced ways. Based on a chapter from the forthcoming Scared Sacred: Idolatry, Religion, and Worship in the Horror Film (2020), this presentation will seek to unpack the convoluted term by drawing from its etymological origins and culminating in a discussion of how the term relates to modern horror.

OUTER THREATS AND INNER DEMONS: THE CHANGING FACE OF THE 'FEMALE MONSTER'

From Julia Ducournau's RAW to Joachim Trier's THELMA, some of modern horror's greatest monsters aren't physically tangible — they're internal demons. These 'female monsters' face no antagonist but themselves and their lack of agency over their own minds. It marks a shift in interest from horror movies interested in the external threats women face, to horror focusing on women's inner demons. Smith draws from the ideas explored in Seventh Row's book, Beyond Empowertainment: Feminist Horror and the Struggle for Female Agency. 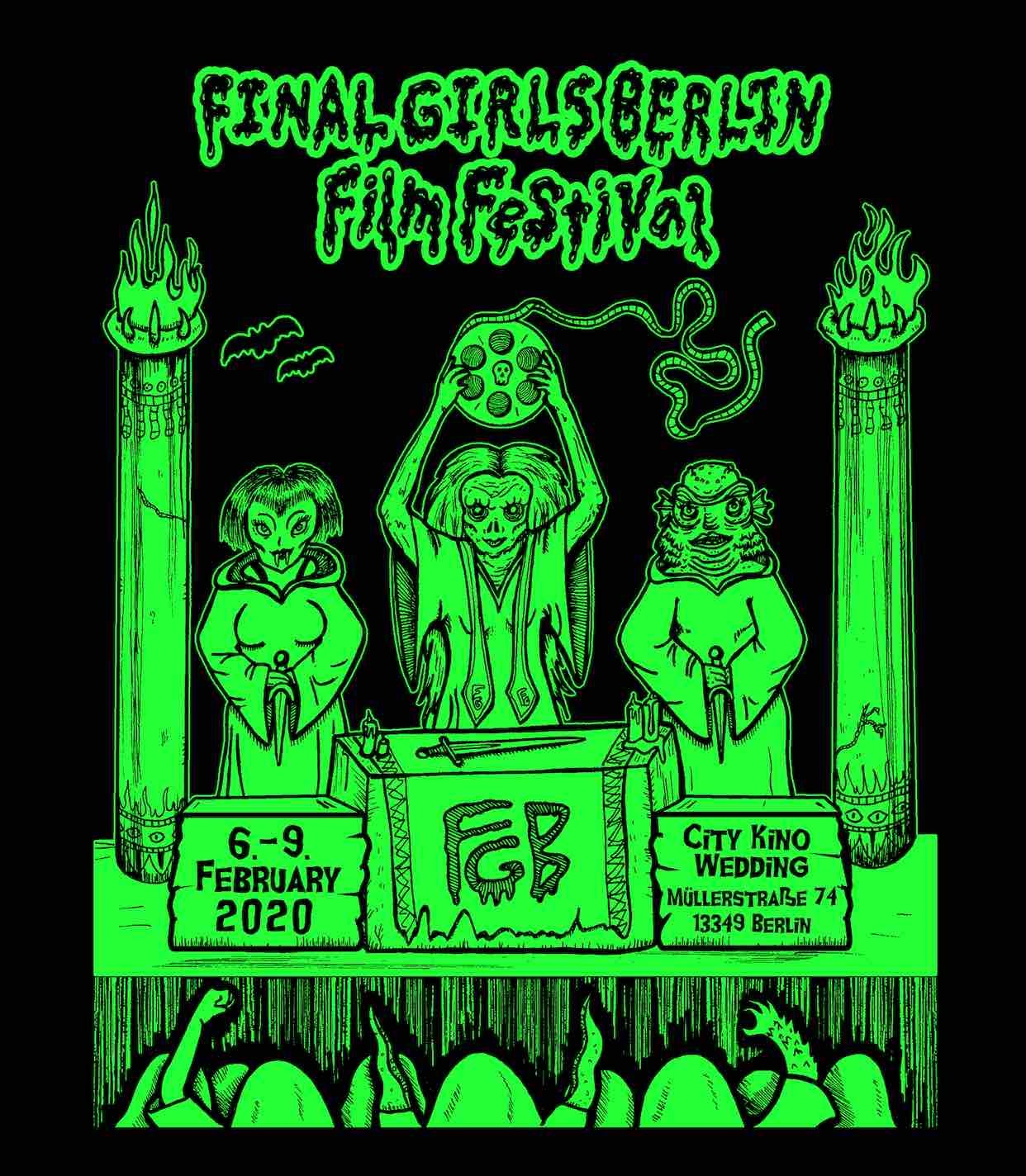 After a mysterious event, a young caregiver tries to make sense of her father's disturbing behavior.

Be ready to leave the world you know behind and subscribe. Once you watch, you are forever ALTERed.

Wicca Book Details and Trailer Released: "This is a story about Wicca book. The book which devil plagued mankind with suffering. The all-powerful book of the Witches. But wherever there was evil, wherever an innocent would suffer, there would be Mia." 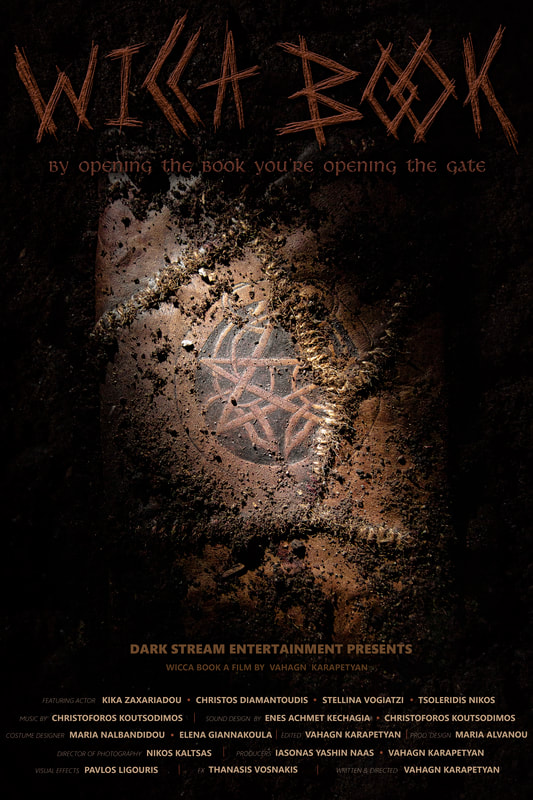