We're back with another installment of Horror Highlights, with details on the release of the Ghoulies, Troll, and TerrorVision soundtracks to vinyl, news of Shelter wrapping filming and some stills from the movie, and photos from the world premiere of Archenemy!

Now, these scores have been carefully remastered and are presented for the very first time on half-speed mastered, Limited Edition 180g coloured vinyl in stunning packaging with liner notes from composer and master of the horror and science-fiction soundtrack Richard Brand.

Ghoulies features the full uncut original soundtrack, available for the first time ever, pressed on Limited edition 180g pink colored vinyl, and including a bonus 7inch featuring Fela Johnson’s "Dancing with a Monster" and "Surrender" as heard in the movie.

Each release is housed in a gatefold sleeve with full movie gallery, OBI belt, and random video store stickers, plus full liner notes by Richard Band.

Pre-order vinyl and apparel direct from WRWTFWW, for delivery from 6 November: https://wrwtfww.com/ 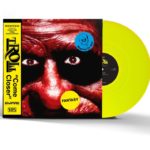 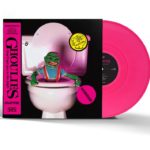 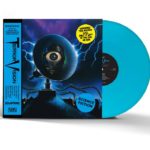 SHELTER Wraps Filming: "Shelter is about the survival of Karen who lost her husband during the apocalypse and fights off intruders, among other things to survive.

Shelter stars Scream Queen Jessica Cameron (Truth or Dare, The Tombs, A Bad Place) along side Indie Star Thomas Haley (Fear the Walking Dead, Breakdown, Blind) and Michael Murphy (Bearry, Lilith). It is the latest film from Director Alex T. Hwang from a script he co-wrote with his wife and producing partner Kathleen Hwang. The duo’s last film, Paranormal Attraction (starring Brooklyn Haley and Nicole Cinaglia), was just released world wide via Indie Rights. You can purchase it here: https://amzn.to/3kH7QMC .

The Director, Alex T. Hwang, gave this statement about his experience while filming:

“The best thing about shooting Shelter was that there were no divas, everyone helped, actors moved lights, they helped with clapper when needed, they went to pick up food when it was necessary, all worked on props and wardrobe, and the producer did sound recording. The shoot went smoothly without and any conflicts. I loved shooting Shelter with a minimum amount of people, it takes me back to high school, when I was making movies on a super 8 camera with friends. Those were the best times and Shelter brought back those feelings and wonderful memories.”

Producer Kathleen Hwang worked closely with the cast and crew to observe Covid 19 regulations for filming, this is what she had to say about the experience:

“Producing a movie during the Coronavirus pandemic, introduces a whole new set of obstacles to meet head on. Keeping cast and crew safe on set was of the utmost importance. We were fortunate to have a script that lent itself to mask wearing other opportunities to keep both the cast and crew safe. Having a very small cast was also beneficial. Director Alex Hwang and I were able to fill many roles off camera in an attempt to keep the crew small and safe. Finally, casting was important so that we could get through scenes efficiently.”

The production team were kind enough to pass along some unreleased stills from the set of Shelter. More information about the project can be found on their IMDB page: https://imdb.to/3mJN15c

When asked about the completion of principal photography, Thomas Haley had this to say:

“When Alex first sent me the script I thought this character could be a lot of fun. However, as I continued to develop “Mac”, whom I describe as a selfish thief that reveals he is actually a bad ass that wants to save the girl he started out terrorizing. It was incredibly exciting and fulfilling bringing this character to life.”

Synopsis: In the not so distance future, a married couple must work together to survive an outside force that threatens the existence of all humanity. When an Intruder arrives, hope for a future may be found in the most unlikely place. 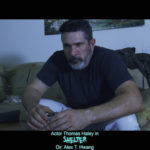 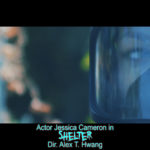 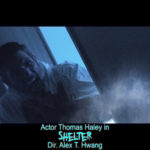 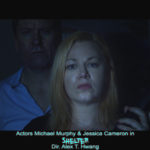 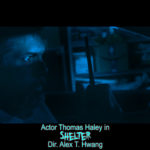 Photos from the ARCHENEMY World Premiere: "ARCHENEMY has its World Premiere at the Beyond Fest Drive In Screening on Wednesday, October 7, 2020 at the Mission Tiki Drive-In. 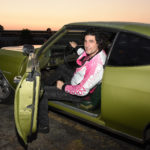 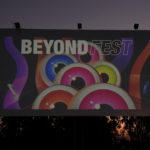 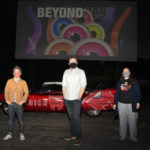 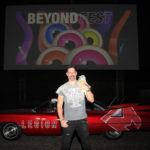 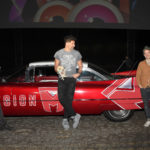 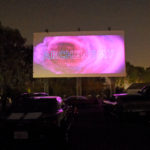 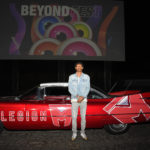 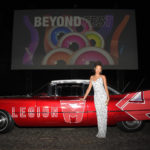