Kino Lorber brings 40 years of experience as a leading theatrical and home entertainment distributor of award-winning international and American indie films to Kino Cult, where the focus will be on the wild and the weird of genre cinema. Horror consistently ranks among the top VOD genres, serving a fanbase that is strong, loyal and engaged. Kino Cult plans to super-serve this audience with a deep catalog of hundreds of relevant titles, many of which are streamable for the very first time, all in HD and all completely free for genre fans. The channel will offer the best in cult cinema across action, horror, comedy, and sci-fi, both new and rare vintage hits of genre cinema, and ensuring that adventurous movie fans will have access to films that have not been easy to find in the streaming age.

Giant Pictures, a leader in the Free Ad-Supported (FAST) channels space, is the technology partner for Kino Cult, responsible for the device apps, channel distribution and ad-tech in the new venture.

“Kino Cult will stream the darkest thrills of visionary midnight cinema to fans at home,” says Kino Lorber CEO Richard Lorber. “With our vast library built over 40 years and key partner labels in many genre specialties, we have enormous potential to hyper serve genre audiences, the most passionate of all film lovers, with a selection of both new and rare films that they can’t find anywhere else, in incandescent HD. You no longer need to live in a big city with a great repertory theater to have access to the kind of curated cult gems we’re able to offer now for free!”

“Kino Lorber has been steadily assembling a massive library of deliciously strange cinema, and we are delighted to unveil it in one destination,” says Kino Cult curator and Senior VP Bret Wood, “And this is only the beginning. Playfully curated and continually expanding, Kino Cult is a cinematic funhouse where both devoted genre fans and curious viewers will find the films they love, while getting the chance to expand their palettes toward something more exotic.”

Those looking to add some European flavor to their horror this Halloween season can dive into the films of macabre master Mario Bava, like A Bay of Blood, Black Sabbath and Black Sunday; the vampire films of Jean Rollin; as well as the strange obsessions of filmmaker Jess Franco in films like Daughter of Dracula, The Erotic Rites of Frankenstein (previously unavailable!), Female Vampire, and more. Examples of curated categories include Golden Age of Exploitation, ’60s espionage films in Crime & Suspense, ’70s and ’80s Flashback, witchcraft and devil worship in Occult. Nearly all of these titles are streaming for the first time free without a subscription, with some making their streaming debuts on Kino Cult.

Following the launch of the VOD apps, before year end, Kino Cult will also launch as a linear channel experience, with its free ad-supported programming running 24/7 across multiple streaming devices. An expansion to the library is also planned, to include more genre greatness from other venerated cult labels like American Genre Film Archive, Code Red, Scorpion Releasing, Severin Films, Something Weird, and Vinegar Syndrome, in addition to the current offerings from Kino Lorber partners Artsploitation Films, Palisades Tartan, Raro Video, and Redemption Films.

Download the Kino Cult app in the U.S. and Canada and watch free on Roku, Amazon Fire, Apple TV, Google TV, iOS, Android and at http://www.kinocult.com."

And the Halloween night when Michael Myers returned isn’t over yet... Halloween Kills will be released on October 15th at Dolby Cinemas nationwide.

Dolby Cinema offers guests the complete Dolby movie experience. Dolby Cinema unlocks the emotional impact of every film, allowing you to see the subtle details and ultravivid colors of Dolby Vision, and hear the immersive sound of Dolby Atmos. Dolby Cinema is specially designed to elevate every type of movie experience - and Halloween Kills will be no exception." 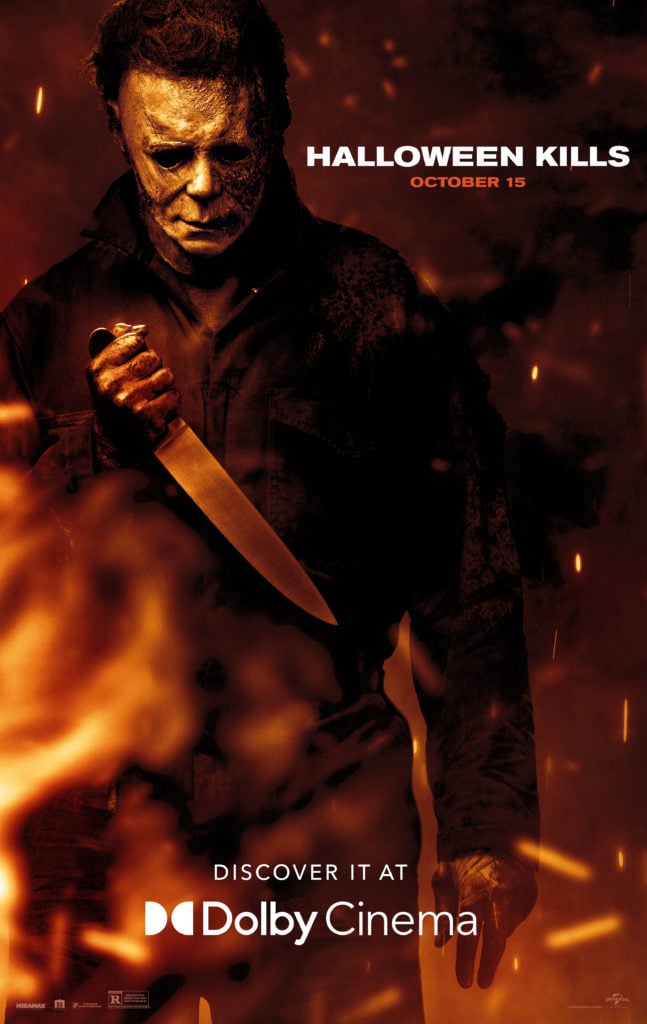 Set in the modern-day American west, the film meshes over-the-top humor and rampaging  horror at full throttle. It combines the pure terror of hearing Leatherface’s chainsaw with the gut busting laughs of a classic Jim Carrey film. Littered with scary, grotesque, and wildly energetic  characters, the film is a love letter to horror and stand-up comedy.

Neal will be voicing the role of Skelly, boney sidekick to the cannibal comedian character,  Charlie (Aaron Prager).

Actor quote: “Hey! There was NO way I was turning down work on a film as cleverly constructed as Cannibal  Comedian! The concept alone is worth the price of admission if all they had was 2 guys sitting at  a table pitching the project. This is fun stuff indeed. Few years from now, I’ll be sitting with my  grandchildren [...] going ‘and THEN I was the voice of a skeleton. Good times.’

Synopsis: A psychopathic cannibal is fed up with his lack of ambition. So he tries his hand at  standup comedy in an attempt to satay his appetite for normalcy. 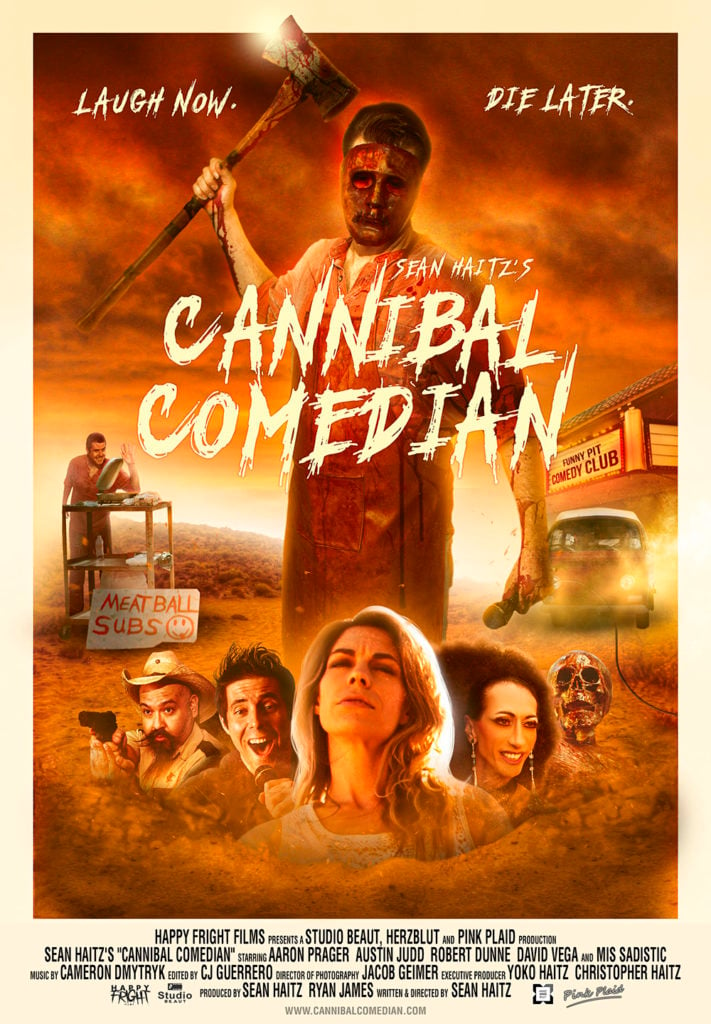 Each night of the stream will feature a genre favorite such as Night of the Living Dead, Brain Dead, Sorority House Massacre, Clive Barker’s Nightbreed: Director’s Cut and many more.

All films featured in 31 Nights of Horror will also be available for viewing on demand on ShoutFactoryTV.com; Shout! Factory TV’s Roku, Amazon Fire, Apple TV, and Android apps; and on various Shout! Factory TV branded channels including Tubi TV, Amazon Prime Channels, and the Roku Channel.

October 5: The Company of Wolves, Elvira’s Movie Macabre: The Werewolf of Washington (1981)

October 6: Galaxy of Terror, Elvira’s Movie Macabre: They Came from Beyond Space

October 8: Day of the Dead, Elvira’s Movie Macabre: I Eat Your Skin

October 19: The Stepfather, Elvira’s Movie Macabre: A Bucket of Blood

October 21: A Bucket of Blood, Elvira’s Movie Macabre: Manos: The Hands of Fate