New Clip from MOTHERLY: "A single mother is attacked by a vengeful couple who believe she's responsible for their daughter's murder."

Now available On Demand and Digital

Official Poster for WOLF: " Believing he is a wolf trapped in a human body, Jacob (George MacKay) eats, sleeps, and lives like a wolf – much to the shock of his family. When he’s sent to a clinic, Jacob and his animal-bound peers are forced to undergo increasingly extreme forms of ‘curative’ therapies. However once he meets the mysterious Wildcat (Lily-Rose Depp), and as their friendship blossoms into an undeniable infatuation, Jacob is faced with a challenge: will he renounce his true self for love." 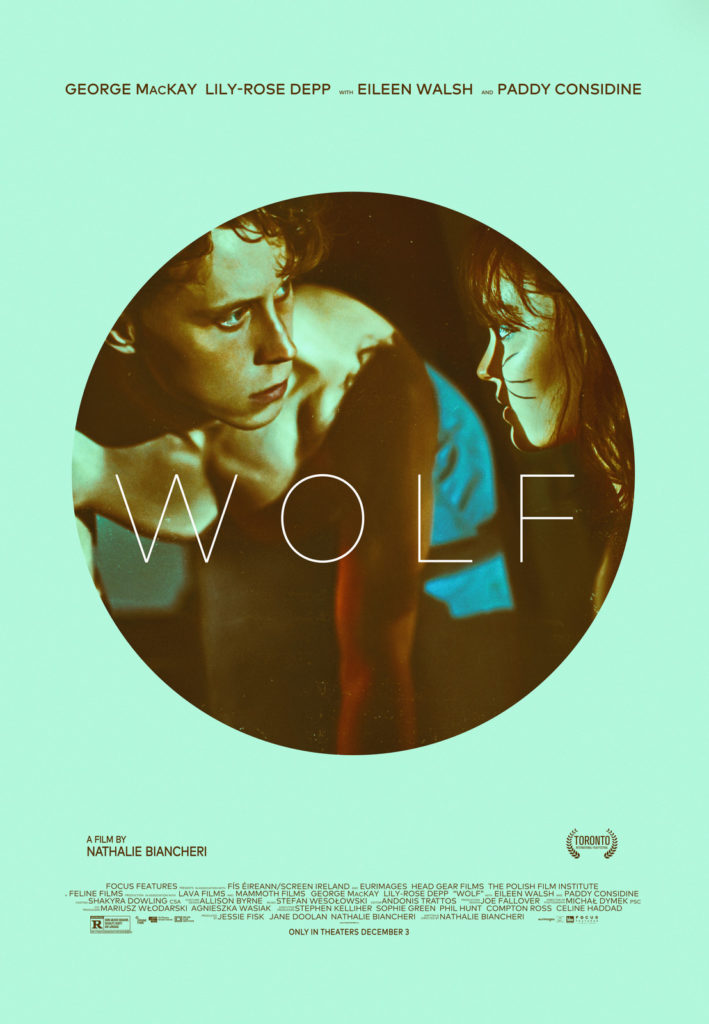 HAYRIDE TO HELL: "Hayride To Hell, a new horror film from producer/director Dan Lantz, has started production in exurban and rural Southeastern Pennsylvania.

In the film, a farmer (Moseley) takes his revenge in grand fashion on the unscrupulous town folk who try to steal his farm. Other cast members include Graham Wolfe (The Punisher, Mr. Robot, For Life) as Nixler, Amy Rutledge (RENT-A-PAL, NEIGHBOR, EYES OF THE DEAD) as Patty, and Brooke Stacy Mills (LAW ABIDING CITIZEN). HAYRIDE TO HELL will shoot on location in the exurban farmland west of Philadelphia, PA between now and the end of the month.

Following his breakout role as “Chop Top” in THE TEXAS CHAINSAW MASSACRE 2, William Lambert (Bill) Moseley has starred in numerous horror cult classics, including HOUSE OF 1000 CORPSES, REPO! THE GENETIC OPERA and THE DEVIL'S REJECTS, and he’s well-known as the cook in HBO’s Carnivàle. For his part, Kane Hodder has played horror legend Jason Voorhees in FRIDAY THE 13TH PART VII: THE NEW BLOOD, FRIDAY THE 13TH PART VIII: JASON TAKES MANHATTAN, JASON GOES TO HELL: THE FINAL FRIDAY, and JASON X, as well as the first three films in the HATCHET series (HATCHET, HATCHET II, and HATCHET III).

Dan Lantz spent the first twenty years of his career making TV commercials and reality TV shows before he transitioned into narrative short films, beginning with FELIX MELMAN. That film won several awards and led to Lantz writing and directing more shorts and a web series. In 2011, Lantz directed two low-budget feature-length horror films that got the attention of a few industry contacts. This led to him directing his fourth feature film BLOODRUNNERS, a Prohibition-era vampire thriller starring Ice-T with a worldwide release in 2017.

Most recently, Lantz achieved his dream of creating a film twenty-years in the making to life: ALPHA RIFT. A modern-day medieval sword and sorcery epic story of an average guy fated to hold a secret demon at bay, ALPHA RIFT releases November 19 from Vertical Entertainment. In ALPHA RIFT, Nolan Parthmore (Aaron Dalla Villa, PLEDGE, Gotham, Duels) is running his game store and flirting with his co-worker Gabby (Rachel Nielsen, GREEN PIECE, Mare of Easttown) when destiny comes calling. Nolan discovers he is an heir to the medieval bloodline “The Noblemen” when he dons an antique helmet and calls forth a demon recently released from his supernatural prison: Lord Dragsmere (Philip N. Williams, The Wire, The Blacklist, Broad City). He must quickly learn to harness his power and open the Alpha Rift: the only defense against these supernatural foes. Leading the Noblemen are Richard Corbin (Lance Henriksen, ALIENS, CLOSE ENCOUNTERS OF THE THIRD KIND, Millennium) and his lieutenant Vicars (Graham Wolfe) who must guide Nolan as he is forced to become the hero he never wanted to be.

Lantz, who recently won two awards as “Best Director of an Action Film” and “Best Director of a Fantasy,” from the bi-monthly Best Actor and Director Awards-New York, feels lucky to be making his second film in the Keystone State. “First, Pennsylvania may not have cornered the market on creepy, but it sure has a strong minority stake. The locations are dark and brooding—Wyeth country. Second, Pennsylvania does have a tax incentive program and that money is certainly helping a modestly budgeted production punch above its weight. The program is under constant threat to be axed by the state, so I do not know what the future holds. I do hope they keep it as it keeps proud Pennsylvania filmmakers like me from heading to other states.

“It’s an unusual spot to be in, making one film while releasing another,” Lantz concludes. “A lucky spot to be sure. It’s sometimes hard to keep things straight. But it’s a great spot to be in as a parent: I have one child going out into the world and another in gestation.”"