OFFICIAL SYNOPSIS
The debut film from writer-director Rose Glass, Saint Maud is a chilling and boldly original vision of faith, madness, and salvation in a fallen world. Maud, a newly devout hospice nurse, becomes obsessed with saving her dying patient’s soul — but sinister forces, and her own sinful past, threaten to put an end to her holy calling. 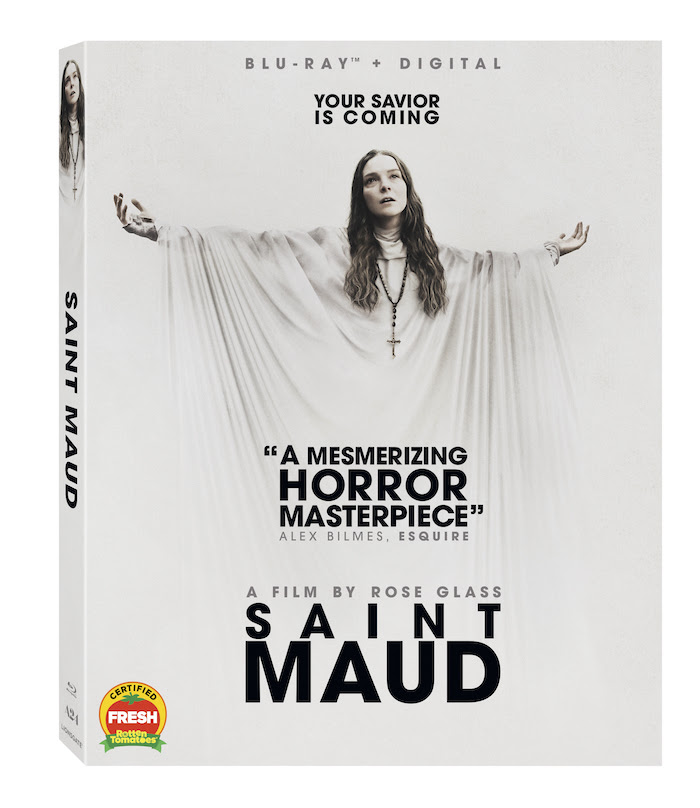 LAIR: "Synopsis: When Ben Dollarhdye is accused of murder, saying he was possessed by a demonic force, Steven Caramore investigates his friend's claims, setting off a chain of events that forces a young family into a terrifying battle for survival.

LAIR, which was completed in January 2021 during the global pandemic, is the feature debut from London-based writer/director Adam Ethan Crow following a series of celebrated and award-winning short films. The film is produced by ex-Fox VP Shelley Atkin, with an original score from Mario Grigorov (Fantastic Beasts) and SFX from Emmy-winning and Oscar-nominated Tristan Versluis.

LAIR is available on digital and VOD platforms in North America on Tuesday, November 9th

NIGHT RAIDERS: "Samuel Goldwyn Films will release the sci-fi thriller NIGHT RAIDERS in Theaters, on Digital and On Demand on November 19, 2021.

NIGHT RAIDERS is written and directed by Saskatchewan-born Cree/Métis filmmaker Danis Goulet who received the TIFF Emerging Talent Award at this year’s Toronto International Film Festival.  The film is executive produced by Oscar® winner Taika Waititi (Jojo Rabbit, “What We Do in the Shadows”).

SYNOPSIS: A mother joins an underground band of vigilantes to try and rescue her daughter from a state-run institution."

THE LOCKDOWN HAUNTINGS: "With the streets empty, free from activity of humans and machines, it is not just nature that takes advantage of global lockdown times. A notorious serial killer is back from the dead, with more potential victims than ever before."