Vengeance is hers. David Holroyd's The Haunted will be released by Vertical Entertainment on May 22nd. Also in today's Horror Highlights: release details for Camilla Bruce's new novel You Let Me In and info on the second season of DUST's Horizons podcast, titled Flight 008.

Synopsis: Arriving at an isolated house for her first nightshift, young carer Emily is left alone to face a terrifying vengeful spirit in this disturbingly clever, psychological horror." 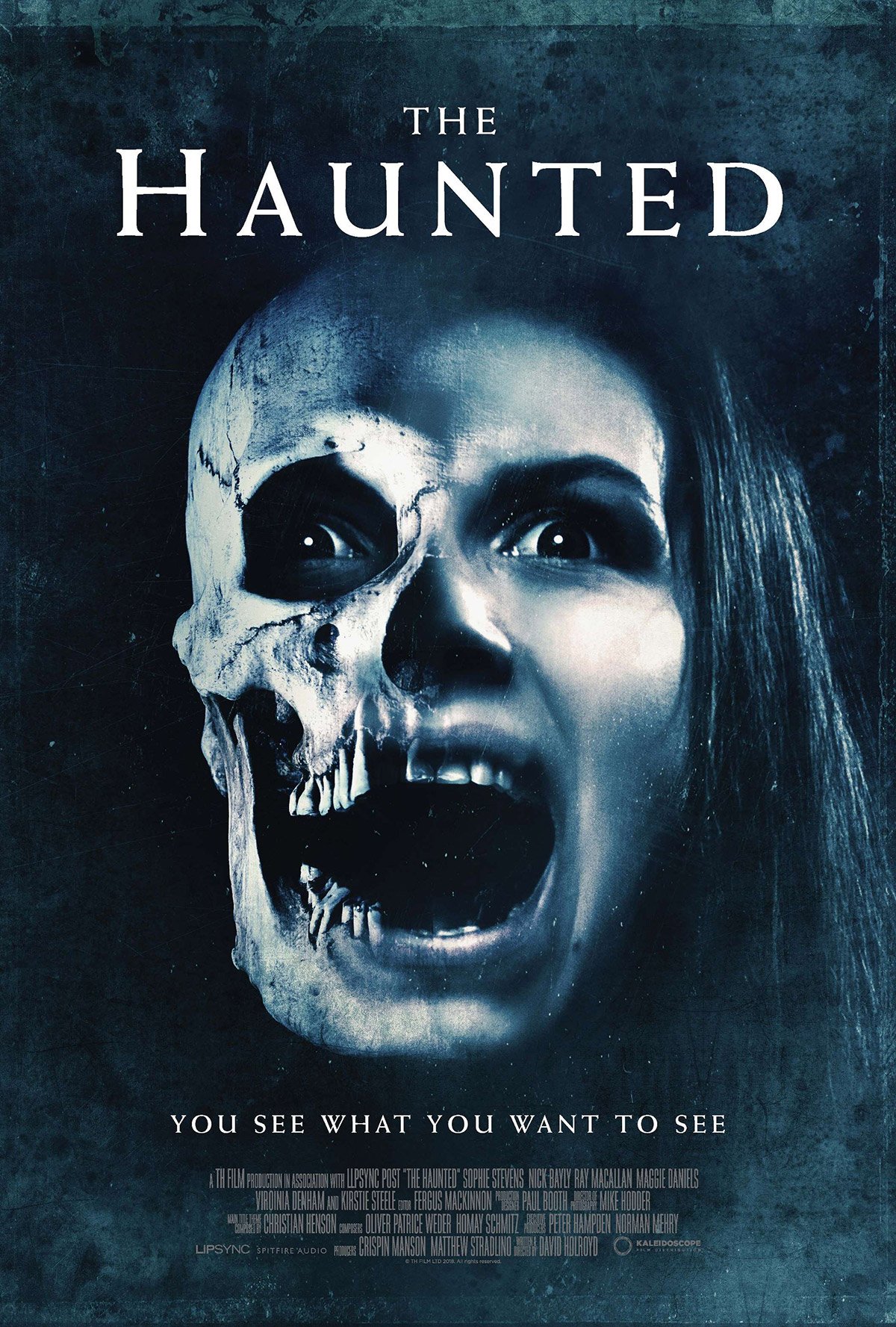 You Let Me In Novel's Release Details: "Camilla Bruce’s debut, YOU LET ME IN (On sale April 21, 2020), is about to make you question why you ever stopped checking the closet for monsters before going to bed each night. You’re about to experience that excellent feeling of finishing a story that makes you immediately question your reality. The sort of story that blurs the line between fact and fairytales, forcing you to reconsider even the smallest, most mundane details of your daily life.

This thrilling Gothic tale for a new age is every bit of Gone Girl meets The Haunting of Hill House. YOU LET ME IN combines a haunting mystery with otherworldly romanticism and ties it in a dark, sinister bow. Writing with spellbinding menace, Camilla Bruce will have your full attention from the first page. Camilla Bruce grew up in Norway and taught herself to write English through the fanfiction community, with YOU LET ME IN is the story that she’s always wanted to tell.

The story picks up after the mysterious disappearance of Cassandra Tipp, a notorious recluse and eccentric bestselling novelist. She’s left behind no body—just her massive fortune, one final manuscript, and a set of instructions for her niece and nephew who wish to claim her fortune.

Cassandra’s disappearance is less than shocking to both her family and neighbors. She’d always been prone to flights of fancy, telling incredible stories ever since she was a child. And, besides, there are enough bodies in her past—her husband Tommy Tipp, whose mysterious disembowelment has never been solved, and a few years later, the shocking murder-suicide of her father and brother.

Cassandra Tipp will tell you a story—but it will come with a terrible price. What really happened, out there in the woods—and who has Cassie been protecting all along?

YOU LET ME IN is more than just an unreliable narrator and an unsolved murder—it combines the mystery and action of a traditional thriller with the ethereal atmosphere and gorgeous prose of a fairytale, and ties it all together with an absolutely delectable storyline.

ABOUT THE AUTHOR
Camilla Bruce is a Norwegian writer who has published several short stories and novellas, including inclusion in the Interfictions 2 anthology (Small Beer Press/Interstitial Arts Foundation) in 2009. She also works as an editor at micro-press Belladonna Publishing (belladonnapublishing.com). This is her debut novel.

MORE ABOUT THE BOOK
Cassandra Tipp is dead...or is she? After all, the notorious recluse and eccentric bestselling novelist has always been prone to flights of fancy—everyone in town remembers the shocking events leading up to Cassie's infamous trial (she may have been acquitted, but the insanity defense only stretches so far).

Cassandra Tipp has left behind no body—just her massive fortune and one final manuscript. Then again, there are enough bodies in her past—her husband Tommy Tipp, whose mysterious disembowelment was never solved, and a few years later, the shocking murder-suicide of her father and brother.

Cassandra Tipp will tell you a story—but it will come with a terrible price. What really happened, out there in the woods—and who has Cassie been protecting all along? Read on, if you dare...

You Let Me In delivers a stunning tale from debut author Camilla Bruce, combining the sinister domestic atmosphere of Gillian Flynn's Sharp Objects with the otherwordly thrills of Neil Gaiman's The Ocean at the End of the Lane." 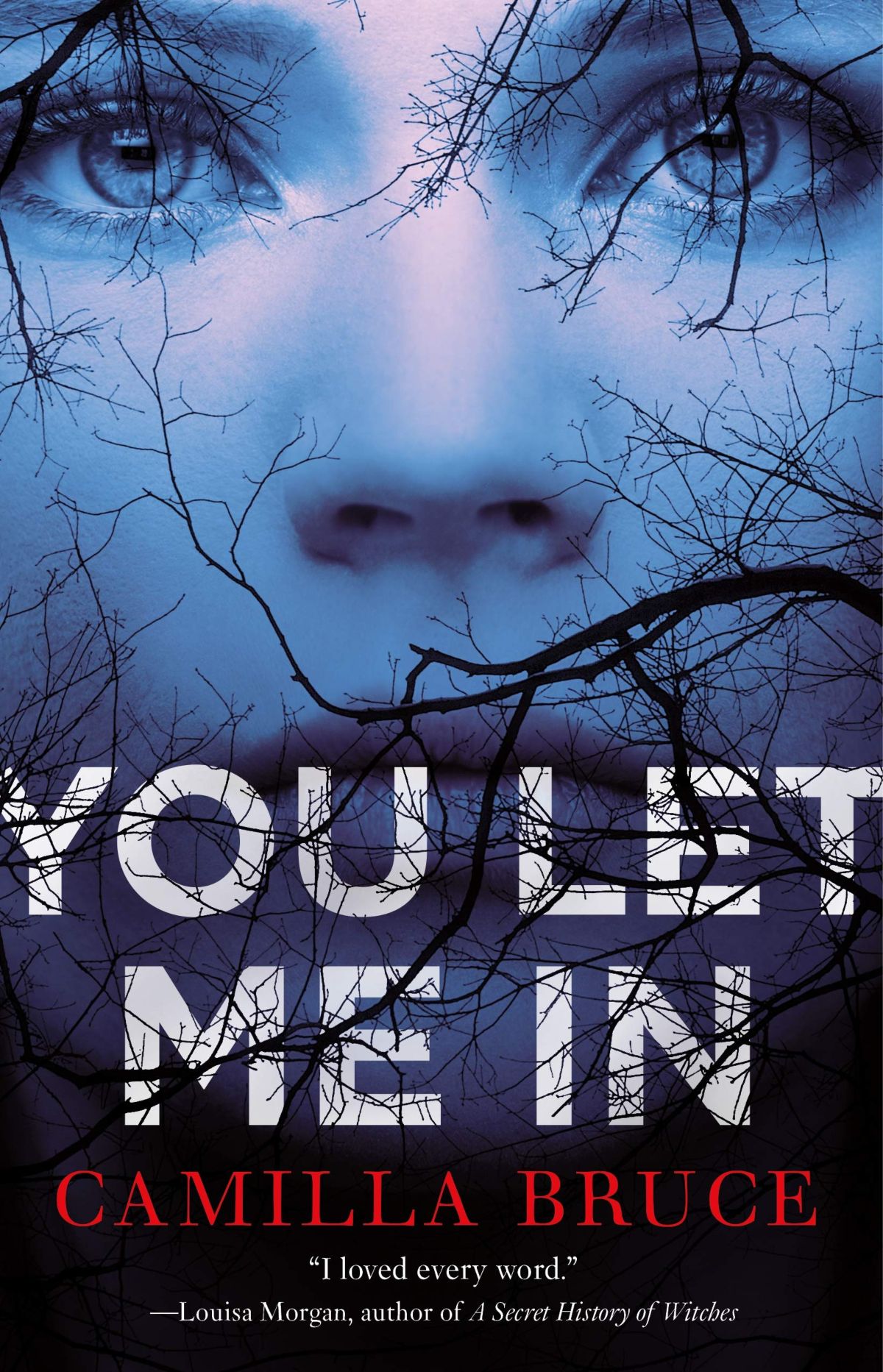 WHAT:
DUST, the studio behind the hit sci-fi podcast “Horizons” presents “Flight 008”, an exclusive second season debuting today on Apple and all major podcast platforms. “Flight 008” was created by 11 of the biggest writers in science fiction, through 11 unique stories, following one single thread: a non-stop flight from Tokyo to San Francisco that passes through a wrinkle in spacetime and lands in the year 2040.

EPISODES:
Episodes one and two of the new season are now available to a global audience, followed by a new episode airing every Wednesday.

WHEN:
Episodes one and two are NOW LIVE, with a new episode premiering every Wednesday until May 27th.

WHERE:
Subscribe and listen on Apple, Spotify, iHeartRADIO, Stitcher or Castbox

WHY:
DUST aims to engage sci-fi fans wherever they consume content and is the premier destination for immersive science fiction audio stories. Season one, “Horizons”, is an anthology of audio stories ranging from genre groundbreakers such as Philip K. Dick and Ray Bradbury to the electrifying emerging voices of today. “Horizons” was ranked #1 on Apple’s science-fiction list, #3 in fiction overall and #79 in their top 200 list. All season one episodes are now available.

DUST is the first premium sci-fi entertainment brand and channel that reaches fans across all platforms, giving voice to both emerging and established filmmakers. DUST presents thought-provoking science fiction content, exploring the future of humanity through the lens of science and technology. From timeless classics to cutting-edge movies, series, short films, and podcasts, DUST acquires, produces and distributes all content types.