Admittedly, I first came across Victor Moreno and Ruby T’s online shop—Cult Classics—because of an amazing Point Break print created by Moreno, but then I discovered all their killer horror-themed creations as well, and quickly fell in love with their respective styles—plus, Moreno also works with Garbage Pail Kids, so that’s something that I thought was super cool. Check out what Victor and Ruby had to say about working in the creative arts, and be sure to visit their Etsy store (https://www.etsy.com/shop/cultclassicsaz) to help support their endeavors.

Was there a point in your life when you realized you had these creative inclinations, and did you always know it would lead to creating various forms of art, whether it's through your own creation or the work you do for the Garbage Pail Kids?

Ruby T: I was always creative. We were poor growing up, and I would just make art out of anything lying around and my creativity sprang from that.

Victor Moreno: My mom was a creative person, and I remember her making me and my brothers little rag doll monsters when we were little to play with and always pushed us to be creative. So when I was little, I always had crayons and newsprint. That just evolved over time since I was kind of a quiet kid, so I always threw myself into drawing elaborate little worlds as my entertainment growing up.

What was it about the horror genre that you found particularly inspiring where you wanted to incorporate that into your art?

Ruby T: Horror is full of imagination, so it’s a natural outlet.

Victor Moreno: I think horror imagery lends itself toward sparking creative works. Whether it's a movie inspiring you to do some artwork because it speaks to something in you, or the idea of these dark, creative visions existing there to inspire you to create your own works. In general, I think it's a medium that encourages you to want to add to it and make things.

Obviously, Garbage Pail Kids are a big part of your creative lives—did you both grow up big fans of the property? Were there certain characters of theirs that were your favorites?

Victor Moreno: I remember when Garbage Pail Kids were being banned in school and my friends in grade school had them all plastered in their Trapper Keepers and you had to ask around to find a liquor store or bodega that was selling them and then get your folks to buy you one. I remember having this forbidden feeling opening my first pack and seeing these cutesy images of these little kids with exploding limbs and maggots coming out of their mouths and feeling like I had this forbidden arcane object, like when you picked up a movie with a really scary cover at the video store when you were little and weren't supposed to have it. So I was always a fan and it was a cool and trippy thing now decades later drawing those same freaky little kids that gave me that vibe when I was little.

Were there certain milestones in your careers where you felt like you were really starting to find your way as artists?

Ruby T: We were set up at a horror convention in Arizona a few years back where Tom Savini was a special guest. Years before, I had considered applying to his special effects school. He stopped by our booth and bought a Pennywise the Clown sculpture I had made, which made me really feel as if I was coming into my own. It was even cooler when I saw videos of his studio and saw my little clown poking out between all these elaborate masks he has collected throughout his life.

Victor Moreno: I think once I was able to support myself just by my artwork, that was the moment. That, along with getting design and illustration work from some brands I always loved like Fright-Rags, and Garbage Pail Kids, among others made me really feel like I was getting somewhere with my art. My personal geeky moment was getting to chat about my artwork with Guillermo del Toro at Monsterpalooza a few years ago when he stopped at my booth. It's the little things that make you feel like you got there.

Ruby, with your sculptures, can you discuss your approach to the medium? Is there something about the shape of a skull that inspires you?

Ruby T: Years ago, I had made some small skull sculptures for a Halloween market we did here in Arizona, at that time, using some small found skulls on stands as the base for them. Since then, I’ve been working with skulls in new and different ways for years, and they’ve become everything to me from Pennywise the Dancing Clown, to shrunken heads, and even Tarman from Return of the Living Dead. There's just endless possibilities with that shape.

What’s been the biggest challenge for you both as artists trying to carve out your place in the online marketplace?

Victor Moreno: I think the biggest challenge is making yourself stand out with your branding and your product. With my art, I do a lot of alternative movie poster art, so I try to find unique approaches in my art to make it feel familiar and tied to the film, but also try to make one of a kind, whether that's taking a comic book approach to a Creepshow print or making a black light circus themed poster for Killer Klowns from Outer Space. I also have a bit of an advantage in being associated with the Garbage Pail Kids and Star Wars brands as an official artist, so I try to introduce the fanbase that follows me for that art to my horror and film-inspired art to also try and make myself and our art stand out online. That's really important now, especially with the pandemic affecting the income we would have made exhibiting at horror and comic book conventions the last year.

Do you have any pieces that you have created that you would consider amongst your favorites?

Ruby T: One of my favorite things to do is take thrift shop paintings and turn them into pop culture/horror-themed paintings. I had found one of a pilgrim girl sitting under a tree that I turned into an alien from Mars Attacks sitting under a tree, mulling his nihilistic actions for a moment. I sold it at Monsterpalooza a few years ago, but I still miss having it in my hallway.

Victor Moreno: I have a few favorites. I did a Point Break-inspired art print for a screening a few years ago that we kept in print and is one of our best sellers. A few years ago, Lori Petty stopped by our booth and got one from us and was bummed we didn't have one of her character. She told me she's found a lot of Point Break art over the years, but this was the only one she'd ever actually liked enough to buy, which made my day. I also really like the triptych of Fight Club art prints I did in 2012 that I was lucky enough to get Chuck Palahniuk to sign for me to display a set of in our house. He really loved them and kept scribbling "Tyler-isms" in the background in little blank "My Name is" areas I worked into the piece. I suppose my favorites are the ones that I love and manage to get the subject or someone involved to love as much as I do.

Are there characters or properties that you haven’t had a chance to celebrate with your art just yet that you’re planning to do or want to do in the future?

Victor Moreno: I'm planning on doing some Trick ’r Treat and Return of the Living Dead-inspired art later this year, and a GPK-inspired horror card set this summer. I also really want to work on some Universal Monsters-inspired paintings for the Halloween season.

Photos of artwork courtesy of Victor Moreno and Ruby T: 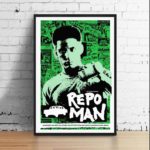 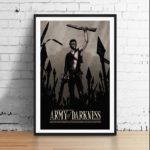 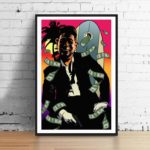 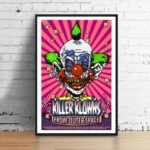 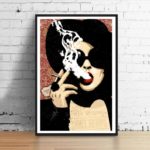 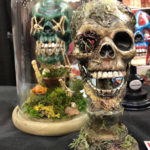 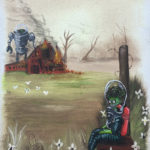 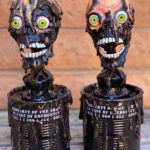 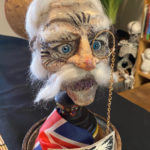 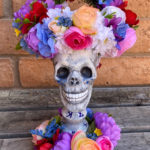 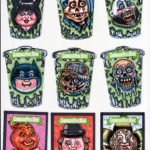 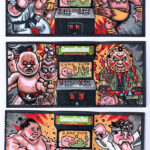 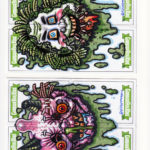 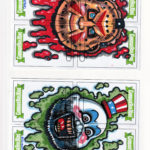 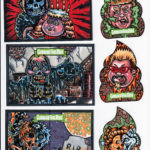