Interview: Co-Writer/Director Brandon Christensen on the Collaborative Nature of Z and More

For his first two features, Brandon Christensen has given us a pair of nightmarish examinations of parental paranoia with Still/Born and Z, with the latter officially headed onto Blu-ray and DVD this week, courtesy of RLJE Films and Shudder (it’s also now available on a variety of Digital platforms). Daily Dead recently had the opportunity to speak with Christensen and he discussed the inspiration behind the story of Z, the challenges of making “nothing” scary, collaborating with the film’s star Keegan Connor Tracy, and more.

Great to speak with you again, Brandon. You and Colin [Minihan] have collaborated together a few times now. I was hoping you could start off by discussing the process behind putting this story together for Z in particular, and how different that process was for you both this time around versus Still/Born.

Brandon Christensen: With Still/Born, Colin and I were both there from the beginning. We were talking about what we could do, and I had this initial idea about a mother losing one of her two twins and going into this deep depression. With Z, it is a little bit different, because Colin wasn't initially on board. It was my wife and I that were just discussing a script that we could potentially write, and we were looking into our own current station as parents, and my oldest kid was just starting kindergarten. It was the first time where we were letting him go out into the world by himself and come home with these new ideas and drawings and thoughts and things that he would tell us. It started this conversation about, “Well, what if he brought home something evil or something that would destroy us as a family?”

And that became the linchpin to the conversation of an imaginary friend, which my wife actually came up with. What does it mean to have an imaginary friend and how can that have a real-life effect on a family? So, we wrote the first draft together and then after that, Colin jumped on to help flesh it out a little bit more. We had a lot of the main concepts there, but we were really missing the why as to why Z was doing what he was doing and ultimately what the movie meant. So, Colin was really big at helping bring that out.

And it was just a lot of conversations, because in this film we're dealing with the impossible and the imaginary, which doesn't really have any roots in reality. You think about imagination, it can do literally anything. So, the conversation would go off in directions that we'd have to reign it back in to be like, "No, this is a story about a family. What does this mean? What does this mean if this imaginary friend does this to this family?" That was the hardest part, was just trying to figure that out.

This may sound like a really weird question, but at times you have to make “nothing” scary. Do you know what I mean? Like the camera is at a certain angle of a table, pointed at nothing and you have to build tension that way. That blows my mind because that's not something that's really easy to pull off, because not only are your characters believing in this entity, but you have to make sure your audience believes in it, too. Was that a huge challenge?

Brandon Christensen: Right. I think the biggest thing about that was just treating Z as if it was actually there. So, when you look at the framing of a lot of the shots, if you had Z sit in there, he would have been in the frame perfectly, so we would frame things up where there's two bowls of cereal. Josh [Jett Klyne] is on the right side, there's nothing on the left side and that is in the background in the center, and it's just like, if someone was there it would still be a shot that made sense.

So a lot of it just basically was trying to pretend that there was something there. Even when we were shooting on the day, there's a scene near the end where Elizabeth's having breakfast with Z, we would still give the invisible character the respect that a normal actor would get. We would frame them up, we would say, "Quiet on the set, everybody quiet, we're filming." And then you would call action and you would let the scene play out and you're filming nothing, but you're still trying to give it the respect it deserves because when the audience watches it, they have to believe that something's there, too. So if we didn't take it seriously then no one would. I think that was a big part of it.

I wanted to talk about Keegan in this movie. Everybody is great, but the weight of this movie is really on her shoulders a lot of the times, and she's so damn good. Can you talk about working with her and pulling back the layers on this character? Obviously there is this turn for her in the latter half of the movie where it just becomes heartbreaking, it becomes terrifying and she's so good.

Brandon Christensen: Yeah, she was a very fortunate find for the film. She came on fairly late, like a week and a half before production. And right out of the gate after our first conversation, she was already bringing ideas to the script. So we changed certain things just based on her understanding of the character and her experience reading it and things like that. That's such a big thing when you're a director on something like this, casting the best actors that you can get, because they're going to bring something that adds so much to the script. I'll end up getting credit for things that she's doing in the performance that I had no idea when I was writing it with Colin, we didn't know those things could even exist.

So, you have these different viewpoints that are portraying the same material, and it brings out so many new ideas, but she was so fun just to play with that. She'd never really done a genre film like this, so we had a little joke that whenever she was lost in a scene and she didn't really understand why her character might be doing something because it was a plot moment that we needed to hit for the genre to work properly. I would just basically just say one word, "Genre," and that would bring her back and she'd be like, "Okay. Yeah, no, that's what this is, that's what it's for." Then she would understand it.

With the last third of the film, when she's in that darker place, that was really fun because we did that at the end of the shoot. So she had basically four days to go down this rabbit hole and just find this really terrifying experience to relive. We got to watch her, as both an actor and as a character in the film, just lose touch with reality, and it was pretty inspiring to see.

I wanted to ask, because I know Still/Born was your first full-on feature film, how much did you take away from Still/Born that you were able to parlay into working on Z? I think both films demonstrate a really great evolution of you as a storyteller, and I’m really excited to see what you do next.

Brandon Christensen: I think part of that difference between the two was just the story itself in Z is much more mature than Still/Born was. That one is a lot simpler. It's a mother and a child and it's a very base instinct, whereas this has a bunch more layers with trauma and family and hereditary diseases, potentially mental illnesses, things like that that are layered in there purposely to evoke more of an emotional feeling than Still/Born would have done. I think Still/Born's a little bit more fun than Z, because Z ends on an especially dour note. But I think the biggest thing that I took away from Still/Born was just not worrying about little things. There are so many times when you're shooting insert shots and you can get lost in making sure that this is the perfect thing.

Ultimately what happens there is that you sacrifice the time that you can give the actors to perform in scenes that need it. So really allowing the actors to just step back from their performances and let them do their thing and really see it from far away. These actors, like I said before, they're bringing so much of themselves to these characters and if you let them enhance the characters, it will enhance the script so much just by performing it in a way that makes sense to them. So, I think just allowing the actors to just be the characters was something that I took away from Still/Born, where I might've micromanaged certain things because I had something in my mind. That was definitely a big thing. 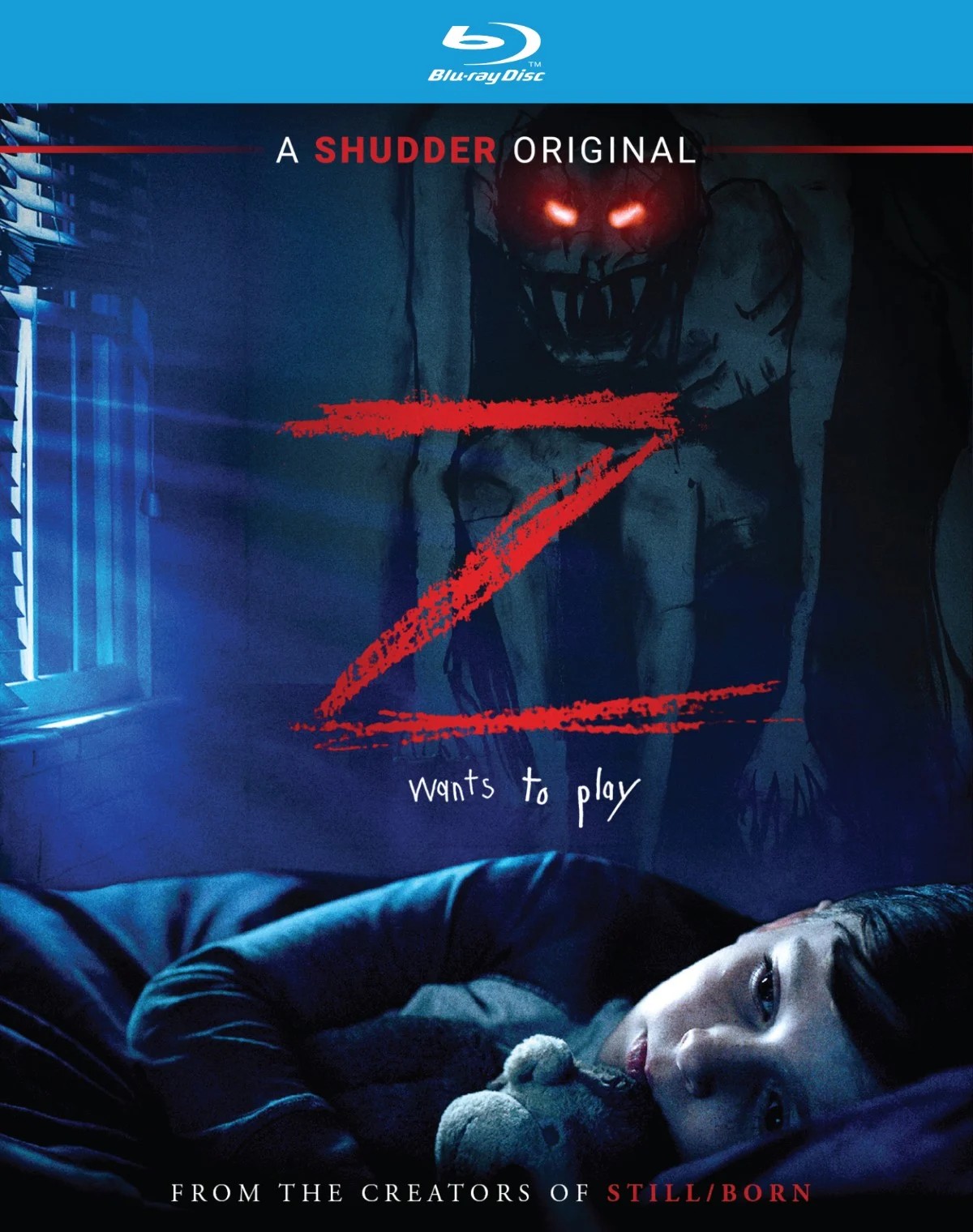