Interview: Co-Writer/Director Courtney Paige Discusses THE SINNERS and Her Love of JAWBREAKER

For The Sinners, actress Courtney Paige takes the directorial reins on her first feature film to tell the story of a clique of high school girls, known as “The Sins,” who find themselves caught up in the middle of a deadly murder mystery where someone is looking to eliminate the group, one member at a time. Co-written and directed by Paige, The Sinners stars Kaitlyn Bernard, Brenna Coates, Brenna Llewellyn, Lochlyn Munro, Michael Eklund, and Tahmoh Pinikett.

During the recent press day for The Sinners, Daily Dead spoke with Paige about the project, and she discussed the inspiration behind the story, her love for ’90s teen-centric genre movies, the challenges of taking on such an ambitious story for her feature film debut, and more.

The Sinners will be released this Friday, February 19th, courtesy of Brainstorm Media.

Great to speak with you today, Courtney. I really love this idea of a clique that represents the seven deadly sins. The concept of a trendy clique of young women is something we’ve seen in movies before, but this spin on that concept feels very contemporary and different here. Was there something specific that inspired this story?

Courtney Paige: I grew up on a cheerleading squad in a very cliquey high school. I started writing when I was nine, and then quite quickly got into acting after high school, and always wanted to write features and act in them. Then, it wasn't until later in my acting years that I decided I wanted to direct. So, circling back on an idea that I had thought of actually seven years ago, was to have seven women who are in this cult and they're embodying these deadly sins.

Then, I brought on Erin Hazlehurst and Madison Smith to co-write the script with me. We all just bounced ideas off of each other, and landed at what we were really happy with in the first draft. We actually did 30 drafts before picture, though. We wrote the feature in December of 2019, and then we shot it in May, and we're really proud of how it came together. Honestly, it was super-inspired by Jawbreaker, Scream, I Know What You Did Last Summer—all those ’90s teen cult classics that we all love so much.

You're literally listing off all of my favorite things [laughs). Jawbreaker is definitely one of the more underappreciated movies from that era. I love it so much.

Courtney Paige: Darren Stein is incredible. I think maybe he was inspired by Heathers, who knows, but I definitely was inspired by him. I have another feature that I'm wanting to create called Croquet that is more Heathers-esque. But for The Sinners, we wanted to diversify The Sinners and make each one very individualized and unique. I think the girls did such an incredible job of that in their roles, and their performances just speak for themselves.

You do have a rather large central cast for this. Was that a big challenge for you going into this? Just making sure that we were able to really get to know all seven of these girls throughout this story?

Courtney Paige: Oh yeah. I've said this in other interviews, but I really wish that we could have made this into a TV series. Knock on wood, maybe later we will get that opportunity, because there's so much to explore with each girl and their individual sins. But in 95 minutes, you just don't have nearly enough time to do that, and I do feel like the girls deserve so much more screen time. We did what we felt that we could in that short amount of time, but I think there's so much more to explore, and honestly, the performers did such an incredible job bringing what they could out of their characters. I'm really proud of them.

I know this is your first feature, which is again, pretty amazing that you were able to pull off everything that you're able to do here. How much did your experiences in front of the camera as an actress help you out as you were directing The Sinners?

Courtney Paige: I think it really helps because as a performer, you need so much. You need direction, but you also need room to play. You need to be vulnerable, but also so strong in this industry. So I think there's such a fine balance, and it's nice to walk in the shoes of an actor first before directing, so that you know what those actors' needs are. Every actor is different. The way that you speak to one actor won't be the same way that you speak to another. It's so interesting to figure out how each individual actor works, what their process is, and how you can help facilitate the best performance for them. I think that directors are very much like sounding boards, and the more you let an actor have freedom and room to play, I think the better the performance will be. That's what makes a good actor's director.

You just mentioned having to change up styles for different performers and things. How much did you end up learning about yourself through that process of having to change things up with everybody?

Courtney Paige: I learned so much. I think Kaitlyn taught me so much as well. I'm a person who's very blunt and outspoken, and at first I started directing them in the way that I would like to be directed. I think by the end of the feature, I had developed more empathy and compassion than I ever have in my life, simply because I was realizing Kaitlyn was very young when she shot this film. There are so many things we need to take into consideration, what an actor is comfortable with, what their boundaries are. There are so many things you have to think of.

Plus, you have to help an actor also wash off their characters. You're going to take them to these scary, dark places, so you better be prepared at the end of the day also to make sure that they feel safe, and they feel comfortable when they are leaving the set, because performing is only one element of it. You need to learn how to deal with them after. You can't just have them go into this scary death scene where they're bawling all day and then you’re like, "Okay, great, we'll see you tomorrow." You have to make sure they're okay. In that, I think I learned to have more patience and more empathy, and that's a gift that I'll be forever grateful for.

Looking at this experience, because it was your first time getting to step into the director seat to take on a full feature, what was the biggest thing that you took away with you through this process?

Courtney Paige: I think I did way too much. I was driving our three and five-ton Garrett trucks bringing crafty to set, then I was dealing with the banks, handing out paychecks, directing, writing, acting, and cleaning up garbage. I slept two hours a night. By the end of it, we had weighed like 15 pounds less and I think the stress level of wearing multiple hats is something that I never want to put myself through again, even though I just did another feature and did it again a little bit.

I did have a very supportive team on this one, though. I think it was just when you're making an indie, it's like you're making a movie with a gun to your head. You only have so many resources, and everyone's wearing multiple hats, so you have to just dig in. But I think it's important for me to also acknowledge that the producing team that we did have for The Sinners put in their best effort, too. 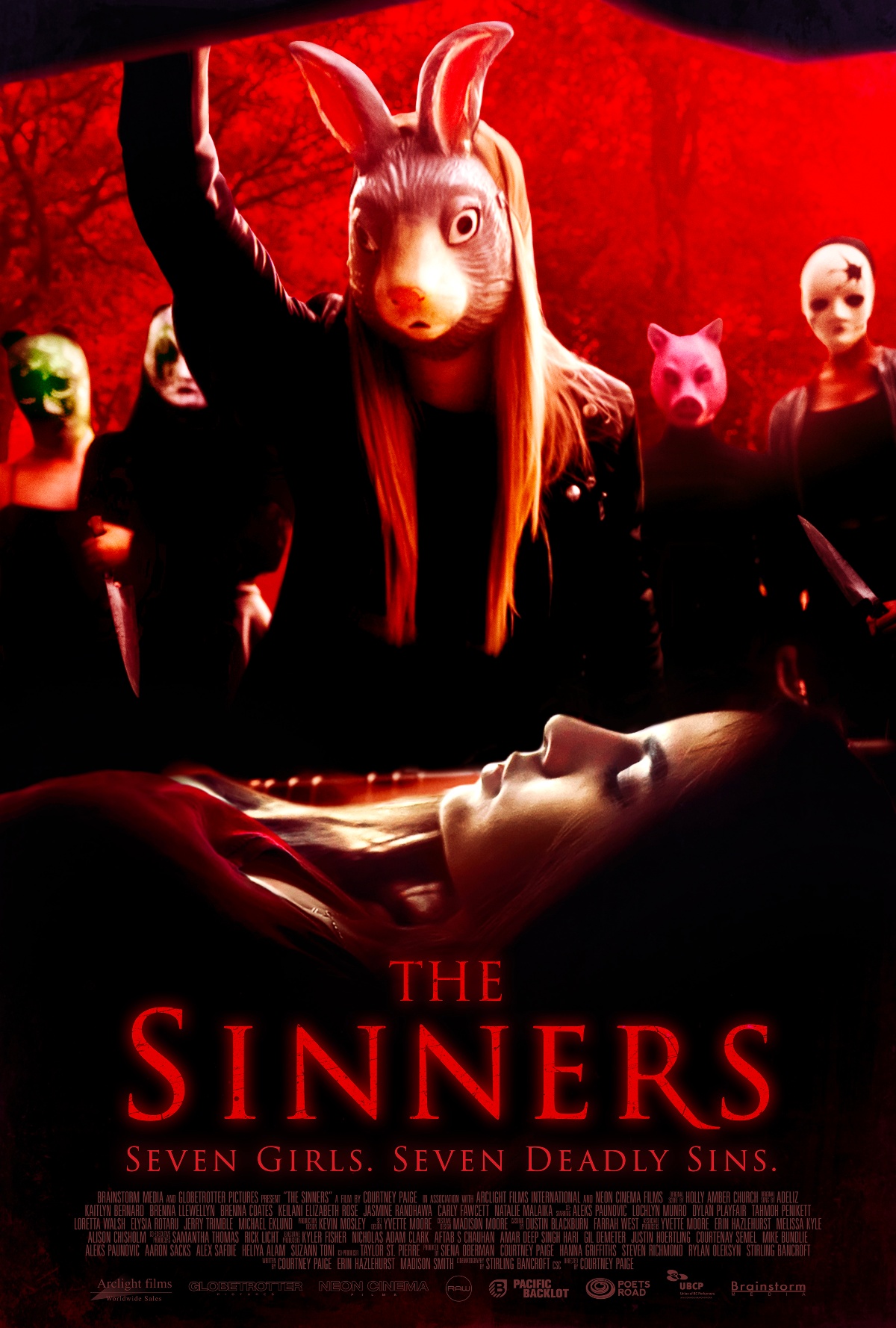