Interview: Director and Executive Producer Jeff Wadlow Discusses Bringing the Shadowman to Life and Channeling THE GOONIES in ARE YOU AFRAID OF THE DARK?: CURSE OF THE SHADOWS

The co-writer and director of Blumhouse's Truth or Dare and Blumhouse's Fantasy Island, Jeff Wadlow is no stranger to bringing fun and frightening stories to life on the big screen, and he brings that same ambitious approach to the realm of television as the executive producer and director of four episodes of the new season of Nickleodeon's Are You Afraid of the Dark? reboot, Curse of the Shadows. With the six-episode new season premiering tonight on Nickleodeon, we caught up with Wadlow to discuss Curse of the Shadows, including bringing the Shadowman to life, channeling The Goonies in the new season, and pushing the scares even further this time around.

Just out of curiosity, how did you get involved? Was this something that was brought to you and you just couldn't pass up on it because of the franchise and the history there?

Jeff Wadlow: Yeah, it's funny. To be completely honest, and I haven't really told anyone this, I got sent the first season of the reboot, and I'd just finished shooting Fantasy Island, and I was like, I remember the original show and I liked it, but the production values were really low, and I was just like, "I just don't want to do that." And then I saw what they did with the first season and it was so elevated and the production values were so high, and I got it. I was like, "Oh, this is what they're doing." And then I got sent the second season and the scripts were even better. I mean, I was blown away by what JT Billings wrote for this season. And normally I only direct things that I either write or co-write now, and I was just floored by his scripts. And when I thought about the elevated production value of the first season, I just said, "Yup, I'm in, let's do this."

And so for me, this was a chance to kind of do my Goonies. I've really tried to pattern my career after Richard Donner's, and he worked in all different genres. He refused to be confined by one genre, and The Goonies is one of my favorite films that he made. And so I thought, "Okay, this is my chance. This is my chance to make my Goonies, to do my Stand By Me, and to really do something elevated and fun."

That's awesome to hear. I'm a huge fan of Richard Donner, too, and the setting of this is perfect for that. Were you a fan of Are You Afraid of the Dark? before coming on to this? Was it something that you'd watched and knew the atmosphere and then how to kind of subvert that and play with it?

Jeff Wadlow: Yeah. I'd seen a few episodes when it was on the air originally. Keep in mind, I was in high school, so I wasn't watching a ton of Nick at the time. There wasn't a lot of streaming, rebroadcasting, and chances to see things again. You had to either catch them when they were on or you missed them, but I do remember watching a few episodes and thinking it was a lot of fun. It had a kind of a Twilight Zone vibe, which I've always loved. And I thought it took some real risks and was way scarier than a kids' show should have been, and that's been kind of the guiding principle for us is that this is scarier than you think a kids' show should be. In fact, I said to a bunch of people while we were making it, "If you're making it your kids' show, I'm making something different than you, because I'm not making a kids' show."

Right. It's like Rod Serling but through a different lens on Nickelodeon, which is awesome. And I love that Are You Afraid of the Dark can be episodic, but you have, like you mentioned, Carnival of Doom. They had this great linear story that ran throughout it. Can we expect to see a little bit of the tales around the campfire, but then this overarching story where they kind of get immersed into it and sucked into it themselves?

Jeff Wadlow: Actually, it kind of slants even further in that direction. It is heavily serialized. It's basically a feature film told over six episodes. And again, that's why I was excited to be a part of it. You look at what's happened to TV in the last 10 years, and TV today is a lot more like a feature film than it was like TV ten years ago. Ten years ago, 22 episodes, everything was self-contained. Now you get these amazing shows on Netflix and Amazon that are completely serialized and told over six to ten episodes. And so that's what we did here. It's basically one story told over six episodes. Because it's ultimately an ensemble story, we're able to go on these sidetracks and sort of explore the lives of different members of The Midnight Society, so there's always these subplots and converging storylines, but it is a singular narrative as these six kids have to deal with the Curse of the Shadow.

I love that the scares in the first season of the reboot were way more intense than I expected. You mentioned just kind of being blown away from Carnival of Doom, and this looks like Nickelodeon gave them free rein, total creative freedom, and really let them push the boundary with the scares. Was that the case for you working on the second season, as far as not having to hold back?

Jeff Wadlow: We went even further. It was such a success for them. A big reason why they hired me was to push it even further. They said, "Go for it. Don't hold anything back."

I love that the first season of the reboot had Mr. Tophat, who's kind of this iconic, super creepy character. It looks like with The Shadowman in this new season, you're getting to kind of create your own character. And I believe the magician who viewers of the original series might remember, is in this, too. Is there anything you can tell us about The Shadowman? It almost seems like a Freddy Krueger kind of vibe, or maybe a little bit of all sorts of nightmares thrown in there.

Jeff Wadlow: Yeah. We certainly try to do something unique with him. That was a big thing that I brought to this production was really kind of figuring out what Shadowman looks like, how his powers work, how he moves, how he can create visual jump scares with this character. So, I'm sure he's referencing a lot of things from different movies, because I'm a movie fan. But also we tried to do something unique, something that you necessarily haven't seen before, certainly an amalgamation of things that create a unique mixture. And in addition to having Sardo in the show, we have lots of references to the original show as well, some that are very subtle that super fans will only catch after maybe a second or third viewing. But then there's a couple really big ones, specifically in the last episode, that I think are really going to blow people's minds.

That's awesome. Like you mentioned, you came off Fantasy Island, and with that you took this iconic TV series and added your own twist to it. Did that experience help in working with a pre-existing franchise, when you're coming into something and you're like, "Okay, I need to pay homage to this franchise that a lot of people love, but I also need to do something different with it so that it's just not the same thing again," and kind of put your stamp on it?

Jeff Wadlow: I wouldn't say so much putting my stamp on it. It always just goes back to being a fan. I'm a massive pop culture fan. I love watching these shows. I love going to see these movies, so I always just think, "Well, what do I want to see?" What would I be excited about? And as a fan, you're excited when they honor the original material, or even if it's an original story that you're telling, like Truth or Dare, that you have an awareness of things that have come before you.

And so you have to keep that in mind. But then you also have to try to offer a fresh spin, allow the property or the genre or whatever you're doing to evolve, to create a new iteration of it so that fans feel like you're aware of what has come before. But you're also trying to offer them something new to get them excited about this story that you're telling.

In addition to Are You Afraid of the Dark?, do you have any other projects coming up that you can tell us about?

Jeff Wadlow: I had Bloodshot come out that I wrote right when Fantasy Island came out. This past year has been a really full one for me between those two features and this TV show. So now I'm kind of in a phase where I'm just writing again. I've got a couple of things brewing, a couple scripts in two different studios. The pandemic has just really kind of thrown everything in flux, so I can't really comment on what is exactly next for me, because nothing's real until it's real in Hollywood. But I've got a bunch of different things in different genres going. And I have a deal at Blumhouse, an overall deal there, so I feel very fortunate as a fan that I get to keep telling stories. 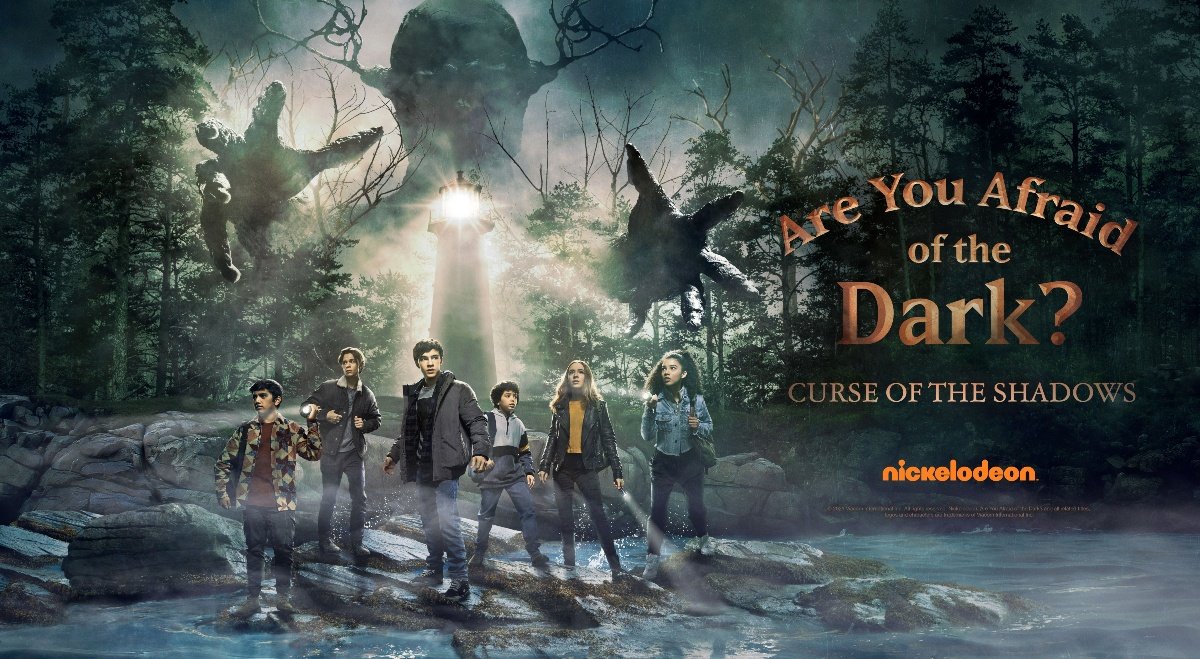