This writer was a huge fan of director Marc Meyers’ previous genre-adjacent effort, My Friend Dahmer, which peeled back the layers on real-life killer Jeffrey Dahmer during his teenage years, which is why I was thrilled that he was back to dipping his toes into horror, albeit this time in a much more fictional way for We Summon the Darkness.

The film is centered around a trio of ladies (Alexandra Daddario, Maddie Hasson, and Amy Forsyth) who head out to a heavy metal concert looking for a good time. When they get there, they pair up with a trio of dudes (Logan Miller, Keean Johnson, and Austin Swift) for a long night of partying. But as the festivities roll on, things take an unexpected and deadly turn, leaving all of the metalheads in a fight for their lives.

Daily Dead recently had the opportunity to speak with Meyers about his involvement with We Summon the Darkness, and he chatted about how he initially came on board to direct, as well as how the documentary short Heavy Metal Parking Lot was a huge influence on him for this project. Meyers also discussed collaborating with Alexandra Daddario and the rest of the cast, and how much fun he and his department heads had embracing the ’80s aesthetics while working together on We Summon the Darkness.

Look for We Summon the Darkness to hit VOD and other digital platforms this Friday, courtesy of Saban Films.

Great to speak with you, Marc, and congratulations on the movie. I lived through the Satanic Panic during the ’80s, so this struck a few chords with me.

Marc Meyers: Yeah, I was in high school at that time and I remember that I was scared of some of the heavy metal characters in my high school. I thought they were all going to beat me up, and in the end, I managed to give them a movie that I feel like they can appreciate.

So, was this story brought to you, then? How did the stars align for you taking on We Summon the Darkness?

Marc Meyers: Well, after My Friend Dahmer, Christian [Armogida] and two other producers, Jarod [Einsohn] and Kyle [Tekiela], they brought the script to me. And after I got the script, I got on the phone with them to talk about it. But to me, after doing Dahmer, I felt like where that movie ended, as a filmmaker for me, was right where this story starts off. That was leading up to a monster and a murderer and all of those things, and then this is taking that so much further and it’s much crazier and much wilder.

I also loved the fact that the script was funny and smart and subversive and about another subculture. I really enjoyed how Dahmer was embracing the punk community a little bit in addition to being a genre film, and here was something for the heavy metal crowd that was also a genre film. So there were just a lot of things that aligned. But I didn’t know anyone associated with the film until it was brought to me and my wife, who is my producing partner.

This film does a great job at subverting expectations in genre filmmaking. Was that a big challenge for you? Because nothing makes me happier than when a movie surprises me, and this one did.

Marc Meyers: Oh, thank you. I looked at the original script and I felt like for who I am and the story that I could tell, I wanted to tell this as authentically as possible. I don’t know if it was a challenge as much as it’s something that I like to do. So, I find I’ve done this in different ways on different films, where you build a foundation and a story at the beginning that has the room for the audience to know and the actors to know that there’s a lot of fun to be had in these roles.

But at the same time, there’s an underbelly of something that’s eerie or suspenseful brewing below the surface, and that allows me to do something like embrace the color, the vibrancy, and the playfulness of something like a heavy metal parking lot and what it must be like to be asked by three gorgeous women to go back to their house and party after a heavy metal concert. And at the same time, the audience is looking for clues of “how is this movie going to take a turn,” because I’m not trying to have a brooding or ominous dark tone over the film at the beginning. I want the story to gradually and naturally find its way into its mayhem, without broadcasting where it’s heading at the top. And I feel like that’s always what I enjoy doing.

Everyone in this is excellent, but Alexandra really leads the pack and ends up driving most of this story. Can you discuss your experiences working with her in particular?

I’m forever grateful for her talent because I think she really carries this movie in a really fun, beautiful way, and she does some crazy stuff along the way. But also, I think what makes the film work as well as it does is this entire cast, because they were all as authentic as possible and you can feel that in their performances. I also think, to the screenwriter’s credit, there were enough clues in the original script that each actor could quickly see a way to distinguish themselves from the other ones.

For We Summon the Darkness, you had to set this story in the ’80s. As we get further away from that decade, I feel like it gets a little harder to nail that aesthetic, but your team does a great job here. How difficult was it to make it feel as period authentic as it does?

Marc Meyers: I think a period piece is really a lot of fun. It can help focus the collaboration between your collaborators because you can find reference source material for everyone to gather around and try to pull from it, so there’s this aspect of shared inspiration. You can do that with a contemporary movie as well, but in this instance, everyone was able to bring their past experiences of what they remember, which is a lot of fun.

It allows props to really find those authentic things from that era, it allows production design to look for those awful pieces of furniture and other things to turn the interior of that house over into a house from the ’80s, or you have to work to find the right vehicles to fill up the parking lot at the concert. It becomes a really fun way to work with people leading up to shooting because you almost become an anthropologist in a way. There’s that short documentary which I’ve referenced a few times when talking about this project called Heavy Metal Parking Lot, which was also great inspiration for not only the script, but then also for all of us. It was like, “Look at what these characters were dressing in, look at those haircuts. Look at that 23-year-old guy dating a 15-year-old girl.” Like, the ’80s were a crazy time [laughs]. 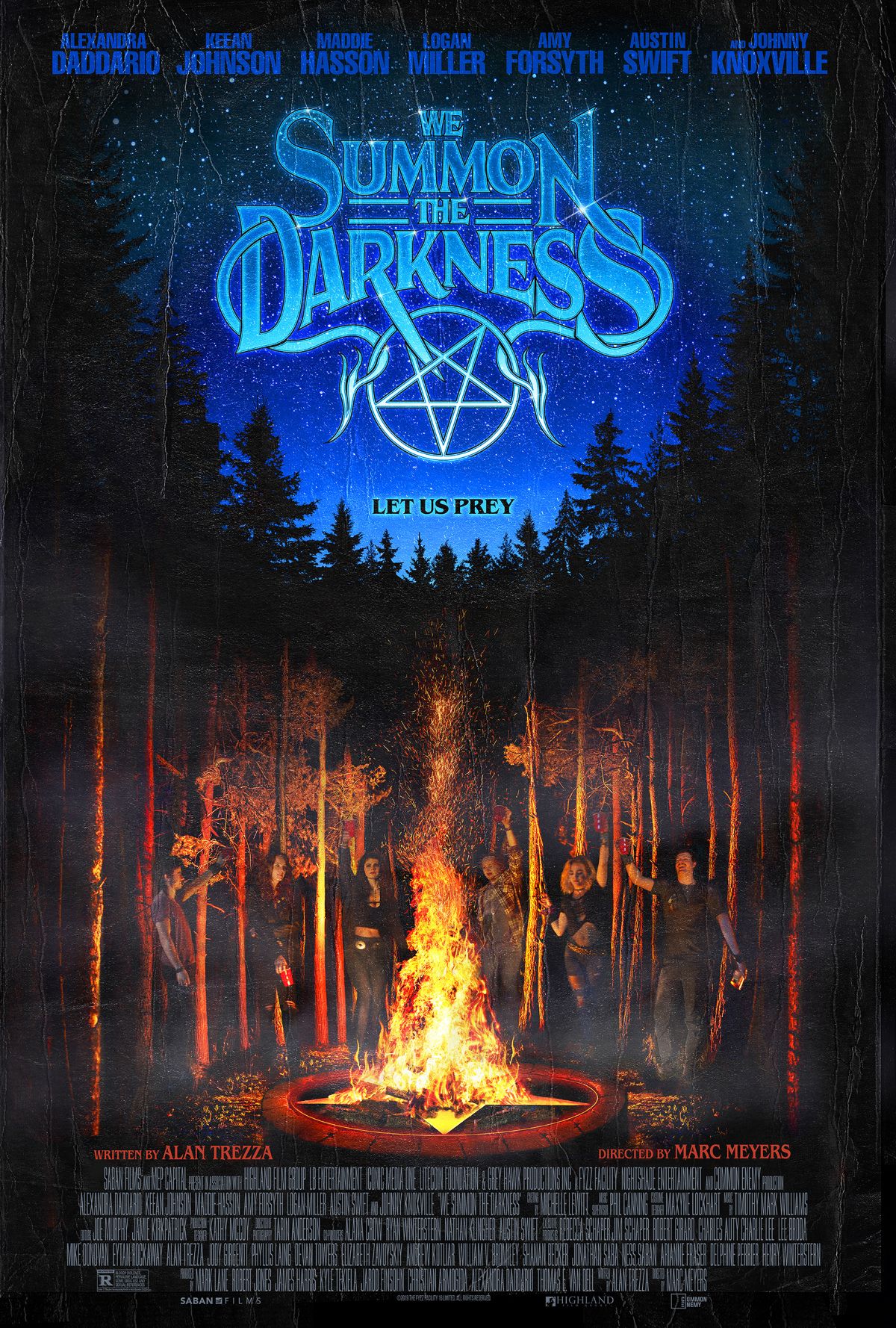