Earlier this month, filmmaker Rob Schroeder celebrated the world premiere of Ultrasound, his mystery box debut feature that follows a series of interweaving stories that play around with viewers’ perceptions and expectations at every turn, and is based on Conor Stechschulte’s graphic novel series Generous Bosom.

Daily Dead recently had the opportunity to chat with Schroeder as well as with two of Ultrasound’s co-stars—Chelsea Lopez and Breeda Wool—about their experiences working on this project together, and they discussed their responses to Stechschulte’s story and concepts, how Ultrasound parlays into today’s issues, and more.

So great to speak with you all, today. This movie took me in so many different directions, I had no idea to expect, but I really enjoyed it. Rob, for you, in terms of the story, can you talk about how you got connected with Connor on this and what the process was in terms of putting this project together, and how this story felt right for you to take the helm as the director?

Rob Schroeder: I'm a big comics fan. I love indie comics and personal stories and that style of comic and graphic novel, and Connor's story is episodic. It's four issues, and I picked up the first one six or seven years ago, and I started getting into it. Then, as the story began to unfold in the second book, I reached out to Connor to see if this might be something he'd want to adapt. He was into it, but he really wanted to write the script, and that's not very conventional, but we went for it and it started translating. For me, I just tried to service that original experience of reading the graphic novel and translating those fascinations, because it's such a mysterious world that he's created. We just tried to do it in an economic way because there's more story in his books and a lot more going on, too. So the real challenge was just condensing it and still preserving the experience.

For Chelsea and Breeda, I'd love to hear about your initial reactions to reading the script and pulling apart the mystery of everything, and how that pertains to your characters. What was going through your minds?

Chelsea Lopez: Yeah, the initial reaction was just like, wow. Complexity, layers, what's real? What's not real? Discernment, logic. It really challenged that side of my brain in understanding Connor's books and how I wanted to develop this character and her humanity. I was talking about it earlier a bit, but I think she's, in certain regards, just a lost soul being manipulated and unaware of that. I also did a lot of research on hypnotism, which is really interesting, and talked to Rob a lot about that, just the influence of the mind. I think I've always been fascinated by the subconscious mind; in fact, the first book I ever read was The Power of the Subconscious Mind.

I'm a very layered soul, so I love the layers of this story. To be honest, of the scripts I'm sent, I now only do things that are meaningful to me, that arise a feeling out of me, that I feel like I might be able to move someone by stepping into it. So this script just really was original. It felt like a great opportunity, and I trusted Mandy Sherman, who cast me in it, to make a real piece of art together as a team, and that's what happened.

Breeda Wool: I think for me and my role in this story, if you look at any great leap forward in technology, there's an idea that comes with a great leap forward in consciousness as well. And in our 20 years to 30 years of these great leaps forward of technology, we also see a tremendous amount of people turning bad. I always keep thinking of the pharmaceutical companies, and in this story, there's Tunde’s character and this facility, where what they’re doing is much more physiological. I've always found it really fascinating when you look at these companies, you're not talking about the CEOs, you're talking about thousands of people's participation in hurting people. When I was a kid and I learned about World War II, and you say, “Well, how could the German people do this thing?” And you're just talking about like a baker and a this and a that. And in this story, I'm a researcher who's gotten her dream job, and I'm doing very important work. But I discover that I'm hurting people.

So, in the framework of these large companies, when do the workers understand and know what they're doing and how do they turn? Most people just have extreme cognitive dissonance and have a drink after work and just bury it down. And in this story, because of prior trauma that is shown in the story a bit, I just can't bury it. I have to take action. And there are always the outliers, there are always the whistleblowers, and those people defy the curve, and that's why I did this project. I thought that sounded exciting.

There are aspects of this movie that deal with the concepts of manipulation and lies. This is just an open-ended question, so anyone can answer, but I'm curious if you all realized just how much of this resonates with where we are right now today in society between the things that we see on social media, the news that we're getting, just how things can be so easily manipulated and how that changes people's perspectives so drastically?

Chelsea Lopez: I really want to speak to this really quickly because I'm so excited with your thought process because I think about this a lot. We are the information we know, and so for example, when I was young in middle school, it's like, “Christopher Columbus sailed the ocean blue,” and they teach you this rhyme or whatever. But then as you do your own research, you realize that there's a different plot at hand, or you reeducate yourself. I think reeducation is a super important thing, but sometimes it's true, we're influenced. Personally, I'm very protective over what I watch and intake because I believe that it ripples in my subconscious, so I act in horror and scary things all the time, but you won't catch me watching too much of it.

I don't know if that's just a protective layer, but I do think there is this manipulation occurring and this influence, and I think you hit it on the head with what you said. But it's fucked up, and it's fascinating to see the multifaceted aspects of this world and to be in the process of reeducation, I think, for myself. I hope that made sense, but that's where my brain is at.

Breeda Wool: We spend an average of like three to six hours online every day, right? I remember when I was a kid, I learned that Sweden or Norway doesn't allow advertisers to advertise to children because their frontal lobe isn't fully developed, so they're much more susceptible, especially children under 11 or 10. And thinking about the culture of advertising and media to children and then social media to children and how indoctrination from very early, I don't know if you guys have ever seen a baby try to use a cellphone or iPad, but they can't walk, but they can totally use an iPhone or cellphone. You'll see their little baby finger scrolling, it's kind of amazing.

Rob Schroeder: One thing that was really interesting for me was that we had started this process pre-2016. So with that election and with a lot of the news that was coming out, it was very surreal to see parallels with election tampering and all this stuff that's been art imitating life and life imitating art. A lot of these themes that Connor's been working on for nine years with his books are very relevant, and that was very unusual because somehow, when put into that new context, the story changes. Even though the words in the page haven't changed, just the meaning and how people perceive this story right now I think is probably different than if we had made the film when we had intended five years ago or something. It's interesting how timing works, but I think it's a terrifying story now and it was then, too, but that's been a strange thing to experience.

Breeda Wool: Rob, just a testament to your point of view as a director, but you hit this feeling in this movie that is both terrifying and charming, which is so challenging and difficult as an artist to hit that, but you did it, dude.

Rob Schroeder: Thanks. I mean, a big part of it is the casting, too, because not every actor has that same ability to do those two things at the same time. Then there's stuff in the script that is towing a line beyond that, so I think just getting the ingredients right in the right ratios is a big part of it. 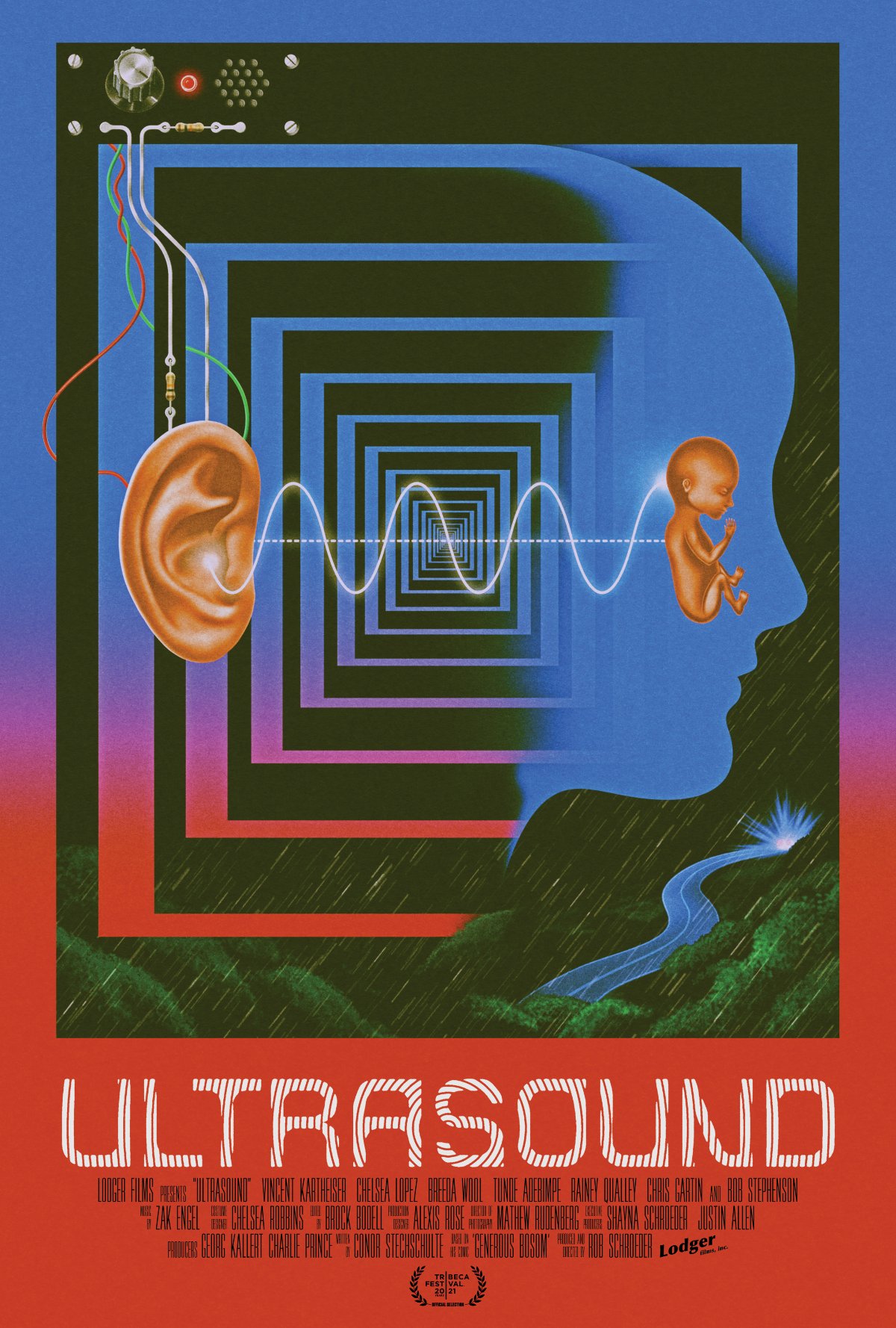