Interview: Lori Cardille Talks DAY OF THE DEAD and Returning to George A. Romero’s Zombie Universe to Co-Narrate THE LIVING DEAD Audiobook

Today sees the release of The Living Dead, George A. Romero’s previously unfinished novel, completed by Daniel Kraus. This all-new story set in Romero’s “Living Dead” world is available as a hardcover, but they’ve also brought the story to life in audiobook form, with narration by Lori Cardille (who portrayed Dr. Sarah Bowman in Romero’s Day of The Dead) and Bruce Davison (1971's Willard, Creepshow TV series).

I recently had a chance to catch up with Lori Cardille, and we talked about her work on the new audiobook, what to expect from The Living Dead, and her work on 1985’s cult classic Day of the Dead:

Our readers are very excited for the new “Living Dead” book from Daniel Kraus and George A. Romero. And I’m very excited to speak with you because it was recently announced that you, along with Bruce Davison, are narrating the audiobook. Can you tell me how you got involved with this project?

Lori Cardille: We've been doing a lot of work around the George A. Romero Foundation. It's carrying George's legacy forward and doing good things in the community, as well as helping film students. I'm on the advisory board of that, so there've been different meetings, and I met Daniel Kraus at one of these gatherings, and I hit it off with him.

Right before the pandemic, I got a text from Daniel that said: "[Macmillan] wants you to audition for the audiobook." So I auditioned, and then I got the part, which was great. It was such a pleasure, the book is so good, and the fans are so lucky they have something so cool to look forward to.

Did your recording plans change due to COVID-19? I recently took part in some interviews for the Sandman audio drama, where much of the cast ended up recording from home.

Lori Cardille: I also live in Manhattan. My husband and I have an apartment and our kids live in Manhattan, but when the pandemic hit, my kids said, "You are not coming here. It is so bad." Everything was pushed back anyway, so [we recorded] it from a studio here in Pittsburgh.

What can you tell our readers about the story and characters you’re bringing to life?

Lori Cardille: There are so many characters and I would do it an injustice to single anybody out. Because I can tell you this… there're a lot of incredibly strong women throughout [the story] that experience personal journeys of self-discovery. It's beautiful, poetic, and I cried at the end as I read it. When I was finished reading the book, I just sobbed, because it was such a heartfelt, beautiful story of love and perseverance.

When I did the recording, I didn't want to make them completely different characters, like a cartoon. So there's an insinuation of accents and tone of voice, rhythm of the dialogue, so that it's not like we're imitating all these characters. I found it really interesting to try to find each character's voice. It was a subtle kind of switch each time, and I hope the audience gets to feel that and gets close to those characters, because I know in reading them, I did. I miss them.

Unintentionally, because this was written before we were living in the middle of a pandemic, but it sounds like this may be a cathartic experience for people who are stressed out or overwhelmed with the state of the world today. There’s a need for ways to explore emotions in a fictional scenario.

Lori Cardille: I agree that it works on that level, which is why I think fans will appreciate it, because it is so timely.

You ask yourself all these questions, and you sort of reevaluate your own life through this time. I really have come to understand truly what it means to be willing to die for your country. That's a pretty heavy thing to really feel that it's dropped down inside of me. I mean, I've always appreciated the people that have died for our country, but I personally feel now that democracy is so important, and the rule of law is so important, and I would do anything to fight for that now, as we can feel that we're losing it or are on the way to losing it, if we aren't smart and don't show up and vote.

Yeah, I'm hoping there are enough people out there that want to make a change, and that everybody shows up to vote in November.

Lori Cardille: Yeah, me too. It's hard not to talk about what's happening now. I don't want to make the book political or anything, but I would think anybody, whatever their politics, would have big, broad questions of life and what it means to them.

I did want to talk about your role in Day of the Dead, because this is a movie that was way ahead of its time. When people had looked at George's “Living Dead” trilogy, Day of the Dead kind of stood out as the different one.

It’s taken time for people to come around to it, but now there's a sea of zombie movies, and in a lot of cases, those movies follow the exact same formula as “Night” or “Dawn.” They're using the same mold, same template, and they don't try to change things, and maybe they lack the social commentary. Especially with so many people locked inside during a pandemic, you watch this movie with different eyes and I hope people are realizing just how special of a movie it is.

Lori Cardille: Oh, that's so true. When it came out, like I always say, we were all so disappointed, because we knew we had something special. We experienced it making it together. I think that people expected it to be like Dawn of the Dead, which was so wonderful. At the time that when “Day” came around, it was like, "What? Are you kidding? This is so dark. We don't want to... Forget it. No. It's too talky." But I'm so grateful that it caught on.

Yeah, thanks to Scream Factory’s Blu-ray and the movie being on streaming services, so many people are seeing it for the first time or are revisiting it.

In past conversations with George, he talked about how Day of the Dead was one of his favorite filmmaking experiences because he just had such a good time making the movie with his friends. Can you talk a little bit about your experience during filming?

Lori Cardille: We were so tight, because we would go to the cave at 6:00 in the morning, and we wouldn't see daylight. We'd be in this cave all day and into the evening, and then go back. Most of the stuff in the cave was dank and dark, and it was a grueling shoot. But we were all in this together. You're all complaining together, and laughing at things together, and experiencing hardship together. It just added to the creativity and the feeling of the movie. You can hear and  feel it through the performances, and through the scenery that Cletus Anderson did, and of course George's wonderful direction. It was just an incredible experience.

We are still very close friends to this day, really close. We say “love you” to each other. A lot of us came from the theater, so none of us were in the world of trying to make a big career for ourselves. We were just trying to do good work, which is kind of how a lot of us went into the business anyway, taking roles that were interesting and doing plays to not huge audiences. So a lot of us came to it with this really strong work ethic. I think that added to the quality, and there were no egos involved. We were all wanting to please George and wanting to help his vision, so we had a common goal. He was such a nice guy, and he was such a talented man. Everybody respected George on set, and he was fun, and interesting, and very bright.

We felt blessed while we were doing it and we were so happy. My daughter, Kate, who's your age, learned to walk on the set, along with George's daughter, Tina Romero. They are the same exact age, Katie and Tina, and they were on the set for some of the time. Katie and Tina are good friends to this day. It is like a big family. That movie has just really given a lot to us.

Are there any upcoming projects you wanted to talk about? Where can people find you online?

Lori Cardille: I'm also a photographer, and I do a lot of art photography, so they can find me on Instagram for that. But they can hear my political views on Twitter, because I'm a maniac.

I'm taking care of my 90-year-old mom right now, so I want to walk her through this life and take projects that come to me, sort of like Day of the Dead did, and also for the book. I believe that when you're meant to be matched with the job and the people, it'll appear. So I'm open to that energy, rather than going to New York and chasing it.

The Living Dead is now available in hardcover and as an audiobook. To learn more, visit: https://us.macmillan.com/books/9781250305121 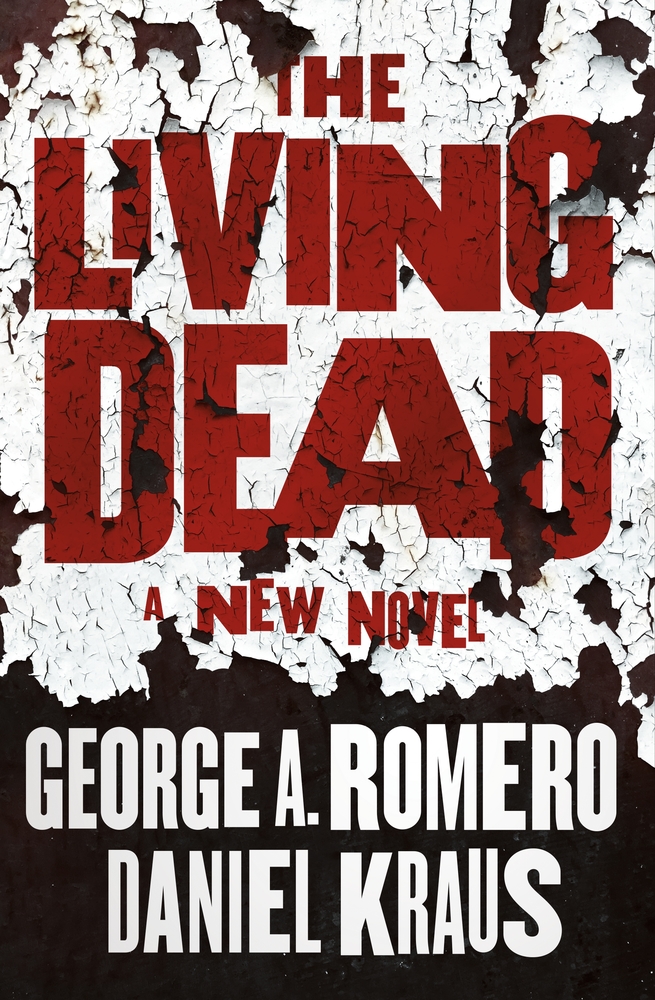