"When a horrific shooting disturbs the peace of a sleepy town in the Old West, Marshal Holt is called upon to investigate. But as Holt digs deeper, he discovers that evil may just run to the core, and it all seems to stem from a place called Canary."Available on July 19th, Canary is a new and must-read horror comic book series from Scott Snyder & Dan Panosian, who told me all about the origins of the series, working together, and the horrors that await readers over the series' seven issues:

Interested in learning more about Canary? We've got you covered with preview pages below. We also have details on the Comixology's West Coast addition of Scottober, which includes new comic book realeases, signings, and much more!

Comixology is returning to Comic-Con International San Diego in 2022. Headlining Comixology’s presence at the show will be Scottober: West Coast Edition, which follows the success of last October’s Scottober festivities at New York Comic Con. Timed to the convention, July 19th will see the simultaneous debut of the next batch of Comixology Originals creator-owned titles penned by #1 New York Times bestselling writer Scott Snyder and co-created by some of the top artists in the industry, all edited by veteran comics editor Will Dennis.

“These three series are some of the most ambitious comics I’ve ever been a part of creating,” says Scott Snyder. “They run the gamut from romance, to western, to all ages adventure, and each one is a singular passion project, developed from the ground up with an incredible partner. Tula, Dan and Jamal are co-creators in the truest sense, and I couldn't be prouder - or feel luckier - to be teamed up on these. Don't miss them!"

A high-flying adventure romance set at the height of The Roaring Twenties. This Bonnie and Clyde romp brings together writer Scott Snyder and the breath-taking illustrations of Tula Lotay — her longest sequential work to date.

Meet Hawk E. Baron – a pilot fresh from the airfields of the Great War who supports himself by taking civilians for barnstorming joyrides in the sky for a small fee. But Hawk has a secret, and when an impromptu wedding crash turns into an early getaway with Tillie, the would-be-bride, unexpected new bonds form in this thrilling tale of love...and murder.

A rollicking adventure story about a boy, his dog and a machine that controls time and space! What could go wrong?

Have you ever wondered why all the great figures in history had a pet companion, and if they were all running from the same mysterious threat? Such questions have never crossed the mind of Dudley Datson, a fifteen-year-old with a penchant for invention. But when dastardly foes turn his world upside down, Dudley is going to have to start facing things beyond his wildest imagination in this modern day fable.

It's 1891 and a mine collapses into itself. But was the collapse an accident, or does something far more sinister lurk beneath the blood and rubble? Find out, in this mind-bending horror Western!

When a horrific shooting disturbs the peace of a sleepy town in the Old West, Marshal Holt is called upon to investigate. But as Holt digs deeper, he discovers that evil may just run to the core, and it all seems to stem from a place called Canary.

Fans at the convention can find Comixology in a new location with a more spacious booth #2314, which will be decked out for the occasion and feature the following:

In addition to what’s happening inside the convention, Comixology will also be hosting an exclusive VIP party on Thursday evening in celebration of Scottober: West Coast Edition. A number of lucky fans will have a chance to score an invite to the festivities. Learn more on Comixology's social media.

Additionally, this year Comixology Originals has two Eisner award nominees—Adora and the Distance by Marc Bernardin and Ariela Kristantina and Snow Angels by Jeff Lemire and Jock. The winners will be announced at the gala award ceremony on Friday, July 22.

Fans who want to receive the news in real time can follow Comixology throughout the convention on social media @Comixology and #ComixologySDCC2022. 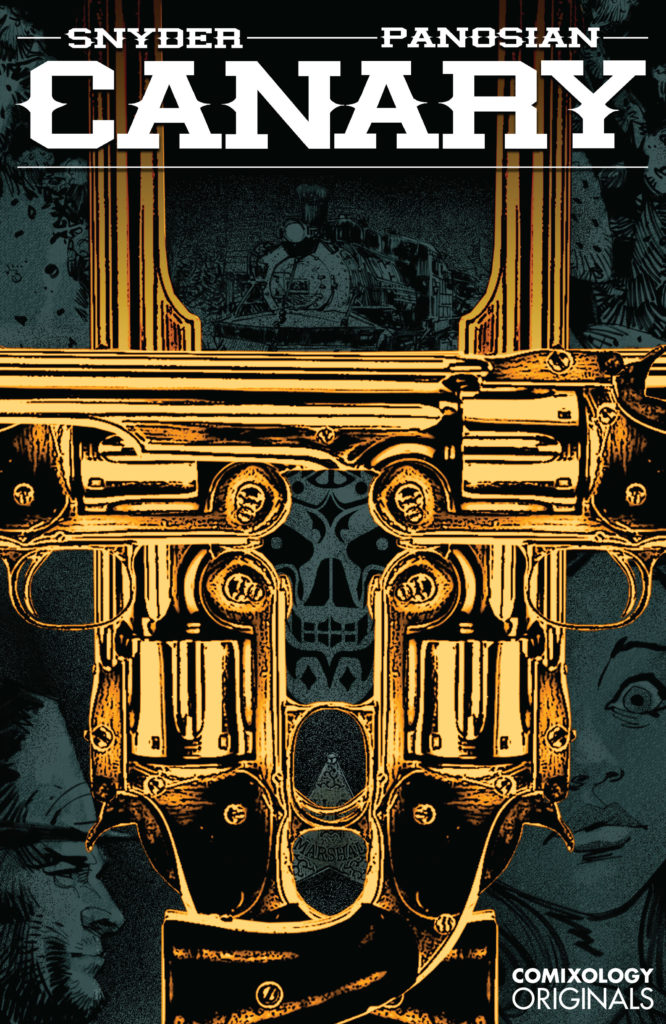 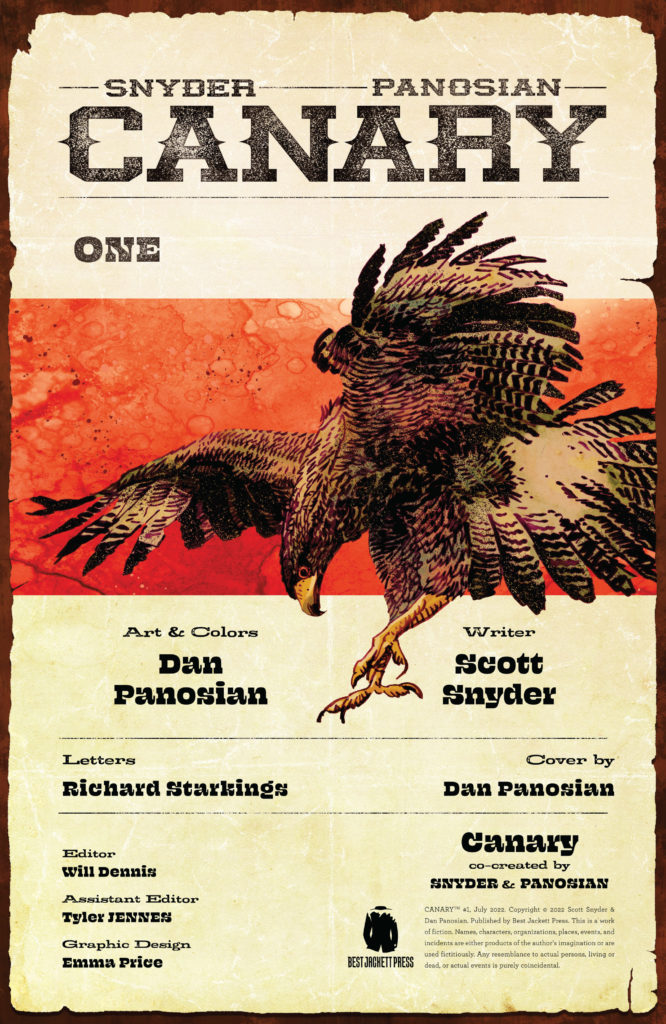 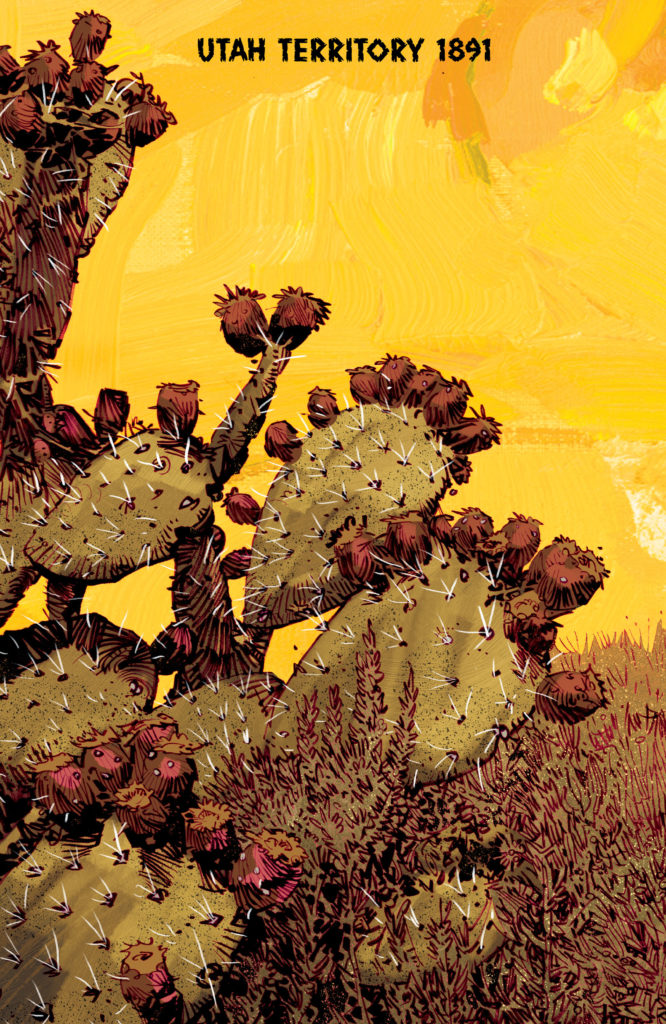 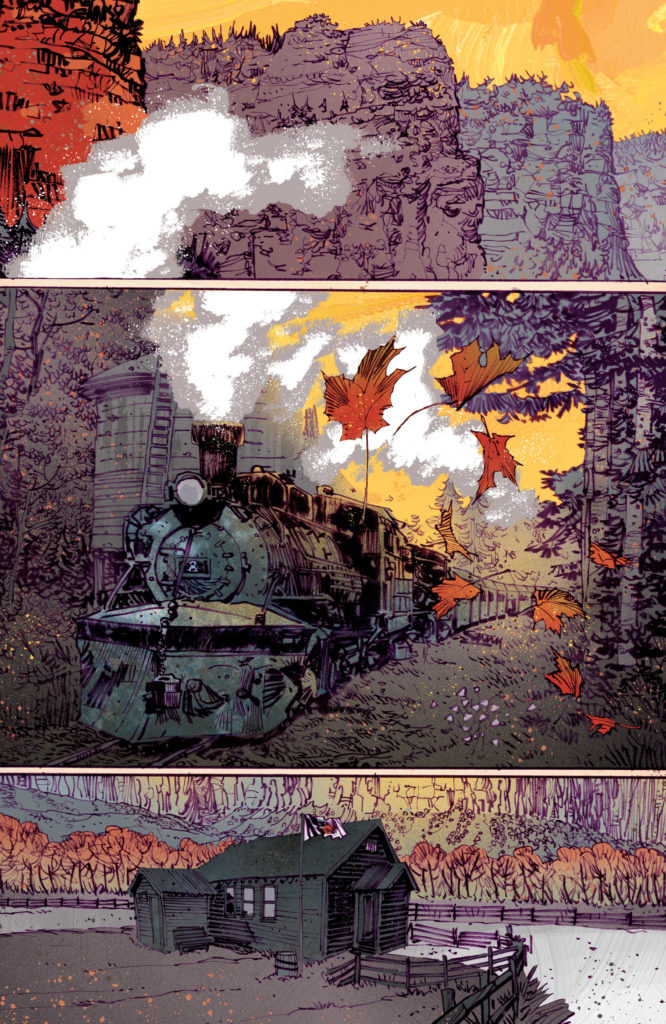 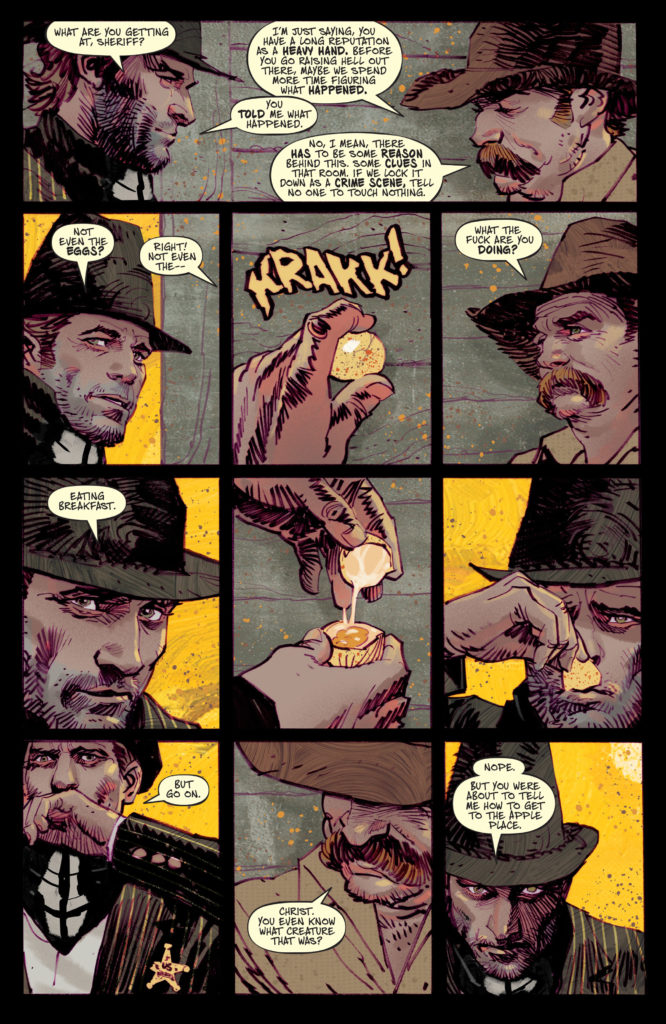 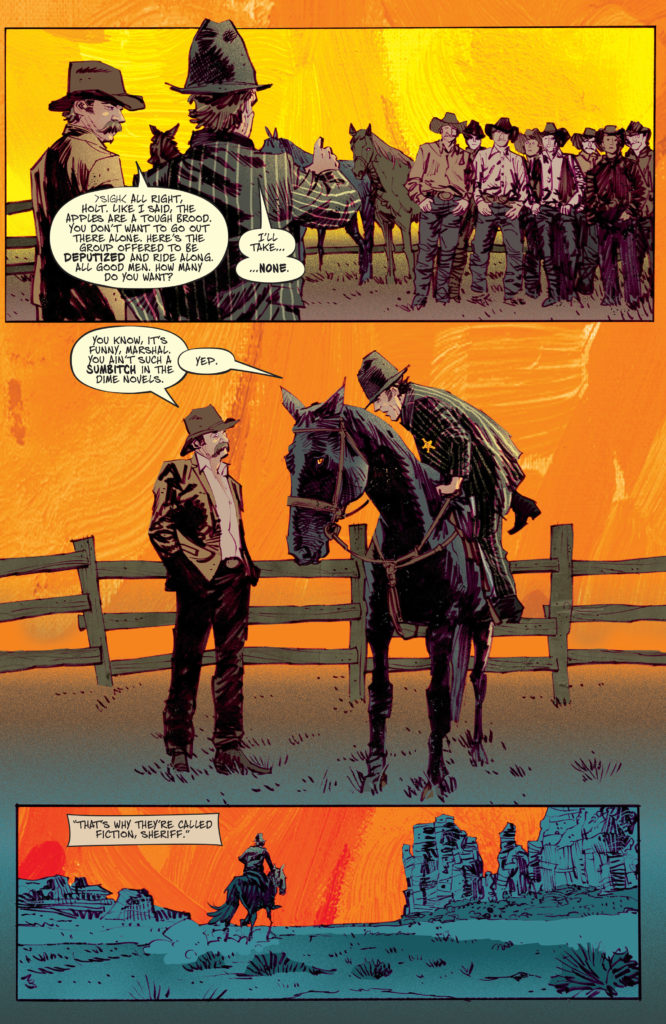 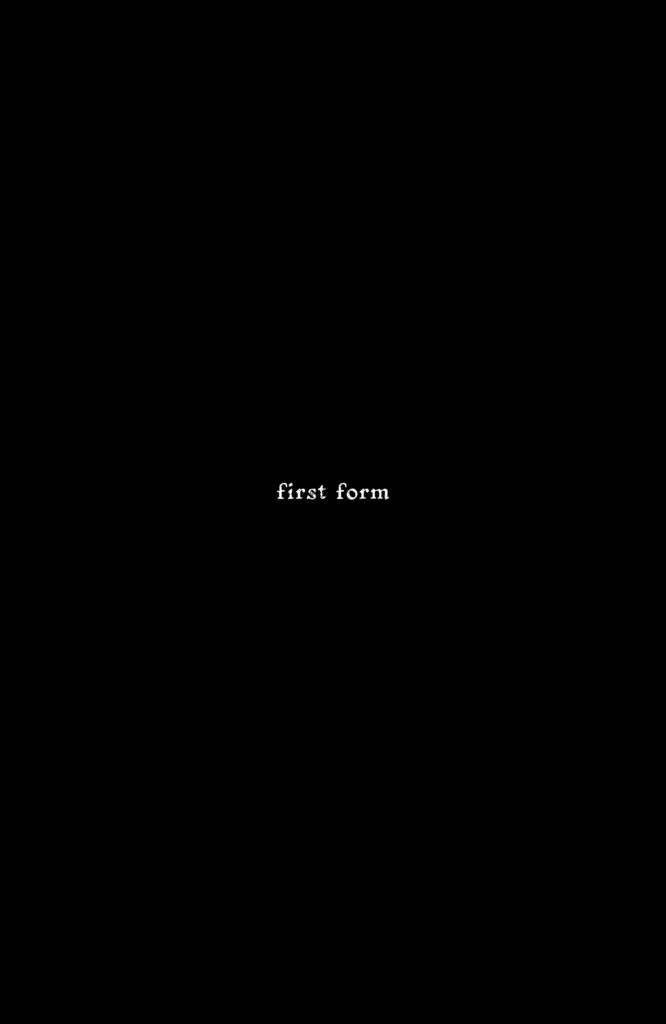 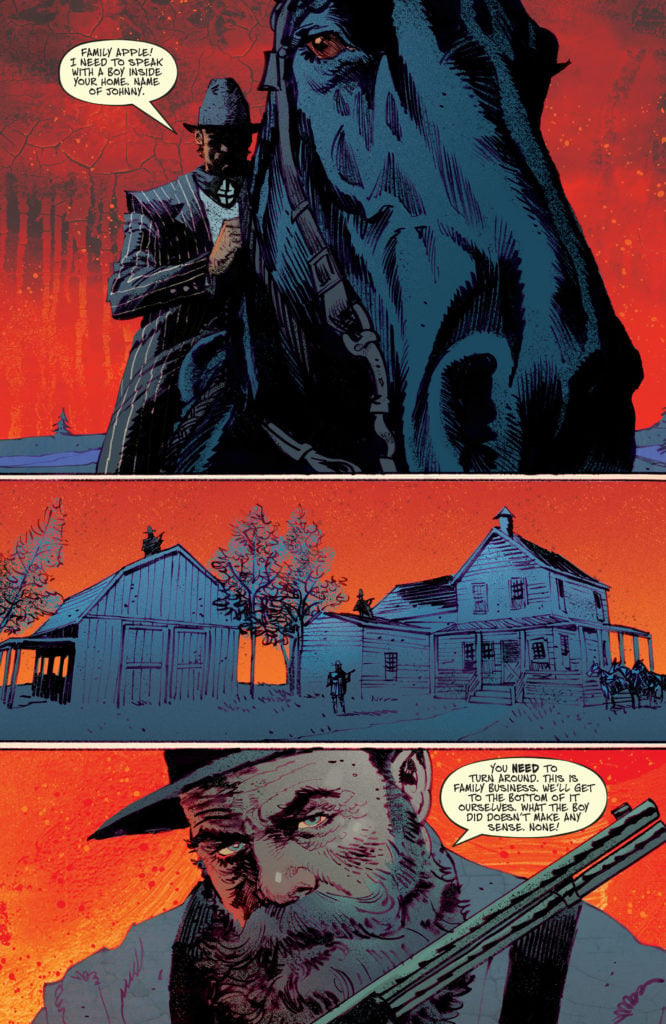 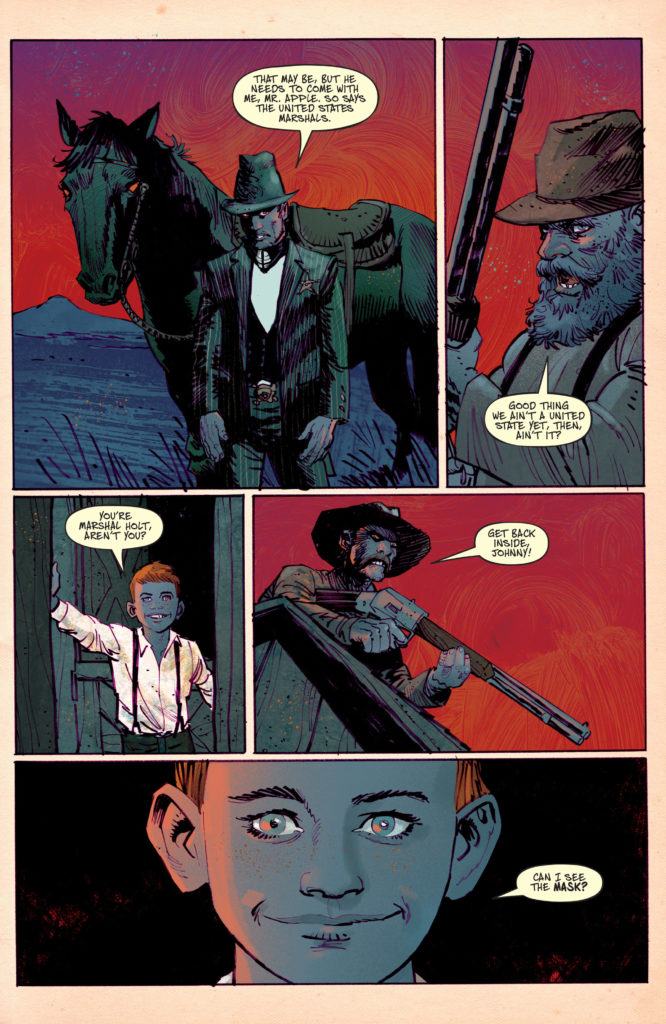