Steve Gonsalves helped bring the art of paranormal investigation into the mainstream in 2004 as part of Syfy’s original Ghost Hunters team, opening many new doors in the paranormal world and putting a genre on the map. Now, he’s back with Ghost Hunters alums Dave Tango and Jason Hawes, diving into new cases across the U.S. with Travel Channel’s Ghost Nation.

Ghost Nation is the response to over a decade of experience in the paranormal TV world. Steve and the team put the good name they’ve built and years of experience to good use with an increased focus on specifically helping families either debunk or manage their haunting, while also working with local paranormal teams (that sprung up in the wake of Ghost Hunters) that have called them in to help crack their cases.

This is such a treat! I won’t lie, I’ve been watching you guys since I was about 11 years old with Ghost Hunters. It was definitely a gateway horror thing for me, so I’m so happy to see you guys back on TV with Ghost Nation. I have to imagine you wouldn’t keep doing it if you didn’t love it. I’m always fascinated when people come back to things years later.

Steve Gonsalves: Thanks, man! We’re very lucky and very fortunate that the paranormal, and what we do, has given us the ability to be on television. We don’t take that for granted and think there’s always another show around the corner. You know, as paranormal investigators, we’re all in a boat that we didn’t have very long ago. For us, this is a pretty awesome thing. Even though we had been on television for 15 years prior, and even though the paranormal has been a staple of television, networks and audiences and people can change their minds in a minute. For me personally, I’ll always be a paranormal investigator and I didn’t stop doing that. Ghost Nation is a very different paranormal-type show in the sense that we’re able to go full ride with this investigation, really helping our clients. That, for me, in terms of being in the television world in this genre is quite important. It’s not just, “Let’s make a TV show and get out.” We’re really helping people.

You were kind of touching on it, but a big part of Ghost Nation is connecting with many other paranormal investigators around the nation and helping them crack their cases. I love the giving back aspect and I think it comes with the legacy you guys have already created within the paranormal TV world.

Steve Gonsalves: That’s a great point! Working with all of those local teams has been cool. We don’t take the cases over from them, we investigate with them and we’ve learned a lot from them, honestly. It really goes both ways. When the paranormal TV boom happened around 2004, we were sort of the show at the time that kind of catapulted that and it gave us a big network through the show. Back then there were maybe five or six teams in the country, they weren’t all over. Now, we have a team in every town and luckily most of them know who we are. I never want to sound like we're the big guns, but also if you don’t know where to turn to with your case, call us! Our reach is a little further. As a paranormal investigator, you might be able to get with the city of Springfield, Massachusetts, and get them to open up their vaults and deeds and records to you. But as a team that has been in it for years and has television behind them, our reach is a bit bigger.

There are so many new shows out there, which is great, but do you ever feel somewhat protective of the paranormal investigative world?

I’m always so interested in what an investigator's favorite piece of equipment to do an investigation with is. It’s so essential. What is a piece you swear by?

Steve Gonsalves: For me, it would be a video camera. Sounds plain and simple, but without documenting your experiences and what you’re seeing, you just have stories. They may be true stories, but just stories, and they don’t offer any insight or purpose to the field, whereas you can capture what you’re seeing on video and you can analyze it, study it, and further the field. Then you also have the ability to go full-spectrum or just infrared, so now not only are you able to see what you can see with your human eye, but you can also see in spectrums that your human eye can not see in. So, with a video camera, you’re really covering a lot.

In terms of handheld gadgets that people might associate with paranormal investigating, it would be the electromagnetic detector, for me. It helps disprove things and it helps find possibilities and it’s honestly helped us disprove quite a lot and help a lot of people. You get those high EMFs and you have someone fix their electrical box and a month later no more haunting. But then on the other side of that, you can also get a free-floating ball of energy. You can find the source of what is happening, or you can find what’s not happening.

You guys are in the midst of your second season with Ghost Nation. What is a standout case you guys are proud of or excited about?

Steve Gonsalves: I’m going to answer that in two parts! If I had to pick a well-rounded investigation and where we really helped people and had amazing activity, it would have to be episode two on Witching Tree. There's another one coming up that was a very tragic situation involving a little girl who may or may not have taken her own life. Her parents were not really aware of the mental strife she was under and there’s a good chance we may have made contact with her. It was very emotional. Things like that stick with you. We filmed it months ago and I’m still thinking about it.

I think the best thing about what you guys do is that you’ve already left such a permanent mark on the paranormal, and when it’s all said and done, what do you think you guys really want to be remembered for?

Steve Gonsalves: That’s a heavy one! I would like to be remembered, and it might sound cliché, but for helping people. I was a part of the field before the shows and people made fun of what we did. We did help put it on the map, but I don’t think it’s that. It’s more about helping people and that our mission stayed true. For us that have grown up in the paranormal and you that have watched it your entire life, it’s a bit demystified and we can be a little desensitized to it. But for people going through a haunting, these people are in a crisis. Some didn’t even believe in it until it started happening to them, and being able to offer help and education is pretty awesome. People are ready to move out of houses and it breaks up families and drives wedges in between couples. It can do a lot of damage when not handled properly, so I’m happy to be a part of making sure this world of the paranormal and this scary journey we’re on doesn’t affect people negatively.

Ghost Nation airs every Saturday at 9/8c on Travel Channel. 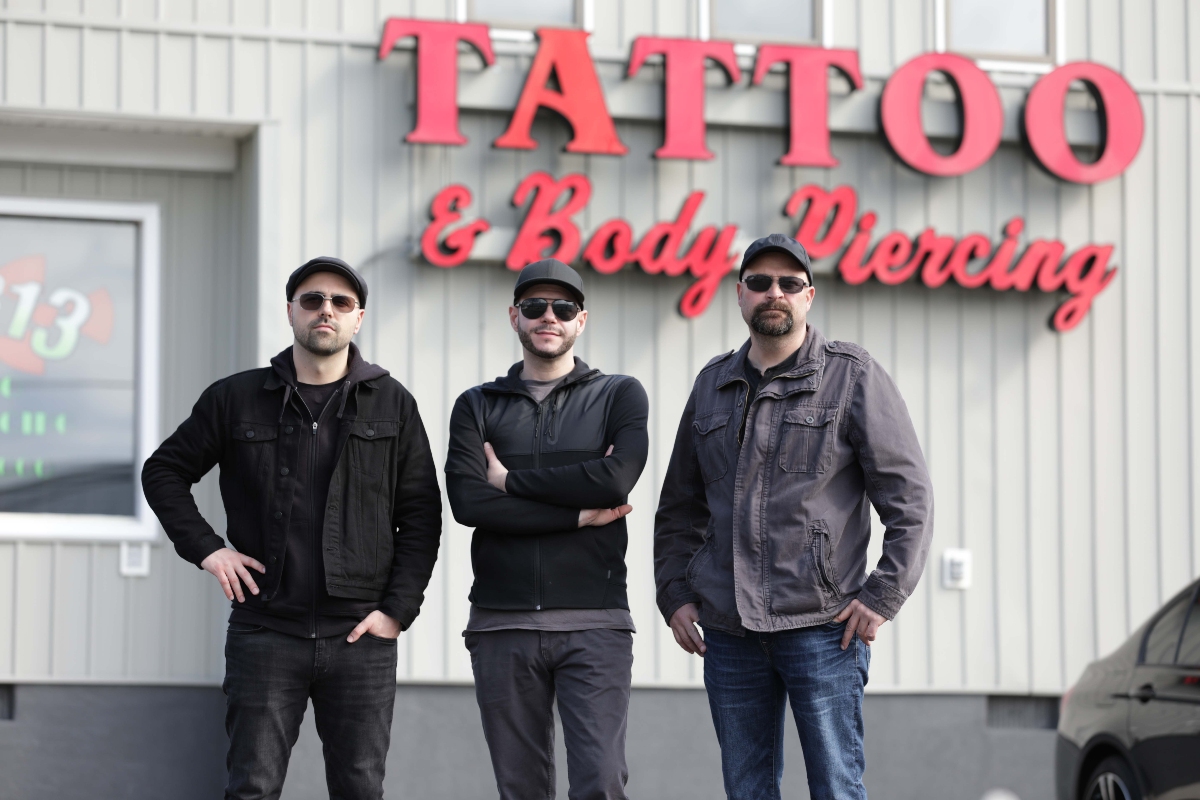