Interview: Talia Shire on RAD Getting its Moment Finally and the Evolution of Connie in THE GODFATHER Series

As someone who has been a huge fan of Talia Shire’s work for decades now, this writer was absolutely thrilled to have the opportunity to speak with her recently in support of the recent restoration of Hal Needham’s Rad, which celebrated the BMX Bike craze that was all the rage during the 1980s.

For Shire, the project has always been a family affair; her late husband Jack Schwartzman produced Rad, and her son Robert has been the driving force behind the film finding a new life after nearly 35 years now. Rad was recently released by Vinegar Syndrome in 4K Ultra HD and on Blu-ray, and it’s also headed to AltaVOD on Friday, July 10th, with a subsequent On Demand Release on July 24th.

During my recent conversation with Shire, we discussed the timing of Rad’s resurrection, how personal the film and this restoration process has been for her and her family, her experiences working on the film back during the 1980s, and her thoughts on the filmmaking force that was Hal Needham. Also, because this writer couldn’t resist, I briefly talked with Shire about her character Connie in The Godfather trilogy, and how timely that character’s experiences still remain even more than 40 years later.

So great to speak with you today, Talia. I love that Rad is coming back and is part of this movement of rediscovering films that time has pushed to the side a bit. Was there something in particular about the timing being right for you guys to return to this film and help preserve it and bring it to new audiences now?

Talia Shire: You know, it is, Heather. It is a weird thing about movies that some movies live, some movies fade away, some movies refuse to die and Rad never had its moment in theaters. But I’ll tell you, Jack Schwartzman, who is my late husband, tried so hard with this film, and I was heartbroken for him because he tried so hard and it didn’t have its moment. So, it’s particularly meaningful that this movie is having a renaissance, or just a chance to live again.

But Rad is one of those great movies, where it just wouldn’t die. I would go to different places through the years, and people would say ‘Oh Rad, Rad!’ There was something about Rad and I wanted to put things in order because there were a lot of legal issues with the movie that were complicated. So now it’s Jack Schwartzman’s son Robert Schwartzman who has made this happen. He’s given it an incredible restoration and I just saw it a week ago and it is super. It’s alive! It’s alive!

It really is. There’s so much to love: the soundtrack, great performances from the cast, all those great bike stunts and characters you really care about, too.

Talia Shire: Well, they’re innocent kids, right? It’s that kind of town where a kid delivers the newspapers and the town gets together to support the kids, where a kid with a gift to ride a BMX bike is empowered. So, it is a combination of innocence and a moment in time that I think is very dear and very meaningful to all of us.

I think it’s a lot of fun how Rad mixed up a lot of fresh and new talent alongside more experienced actors, including yourself. How great was it to have that blend of up-and-coming talents and veterans of the industry?

Talia Shire: It’s fascinating that you say that. Bill Allen, who was our star in the movie, was talking about his experience back then all those years ago, coming to work and being with these really extraordinary actors. I was in awe of Ray Walston. This guy had a huge career on Broadway. And I love when there is that blending of old and young actors because it’s a real chance to have an exchange, where older actors can teach the younger actors.

We were a family. My character is a widow, and not in a million years did I ever think I would become a widow, but that’s what happened. It is very hard to keep your children focused and disciplined. It is hard to be a single mother. But what I loved in the movie, is that she does actually acknowledge his skill. She doesn’t fall all over him because there was a moment there when I started to nod, where I’m telling him, “You’re a man now. You’re doing great.” It is very hard as a single parent to get your kids all the way through to their adulthood. It’s very, very tough.

You mentioned being a family on set and there’s definitely a genuine sense of affection in Rad. Was it always like that behind the scenes?

Talia Shire: Jack Schwartzman, God I miss him, but he brought to the set such love. He and Hal together really cared about these young riders, especially Hal. Some of those things were dangerous, but there was on the set a great deal of affection. One more thing is that part of what is giving me a great deal of joy is that Robert Schwartzman was only three when this movie was made. All these years later, he has given this movie a new life and that’s a thing that he’s doing because that’s a way for him to re-experience, not just the movie, but his own father. So, it has a lot of meaning for me.

You mentioned Hal, and I’m such a huge fan of his. Especially with him going from working as a stunt actor to a director, he definitely had a great working knowledge of what it takes to thrill audiences with stunts. How was your experience working with him?

Talia Shire: He was a lovely man. He was just a fine guy. The first day of shooting he had his mother with him, and we all stood outside in a circle and she said a prayer. Hal was just a good guy and I have to say, if you look at the Helltrack sequence in the movie, at the end when the kids do all those dangerous things, I was scared to death. I don’t think anybody else but Hal could have handled that scene, and we were able to do it because we trusted him. He was a creative man and he could do these very dangerous things and he did it all so well. I think it’s important for people to respect his work, because he was lovely and talented.

So, before we go, I wanted to indulge in a geeky question if that’s okay. I grew up watching you in the Rocky films and especially The Godfather films, too. There’s something about Connie and her story that feels extremely timely these days, seeing the effects of her growing up with this destructive masculinity all around her. Did you realize at the time how that character would ultimately continue to resonate some 40 years later?

Talia Shire: Well, my approach to her those years ago, was that she really was living in oppression. She really was trying to survive, she really was a victim. What a horrible situation to be in that role. The Godfather is monumental because it’s like a Greek tragedy and drama, where you find that her own brother would kill her husband. It’s amazing what she lived through. But she is able to endure somehow and take on a motherly role. But you’re right, she is extremely victimized, I guess that’s the way it was back then for women, but she was definitely victimized.

In The Godfather Part III, my approach to her was when her brother decided he really wants out of this, she, who has had her whole life victimized, doesn't want to leave it like that. She’s a villain, but she’s also another kind of victim, too. Francis [Ford Coppola] allowed me to portray her that with that kind of duality.

Looking at your experiences on Rad and the heartbreak with the release of the film, to now getting to celebrate it properly, how much has this process meant to you personally in terms of being able to get this film out there for the fans?

Talia Shire: It’s meant everything, and I’ll just be very personal again. For Robert Schwartzman, to revisit his father’s work and allow it to have this life, that’s a pretty big deal because it allows Robert to revisit his father and that has a lot of meaning for me. And it’s very important that this film has the opportunity to find a life, believe me. 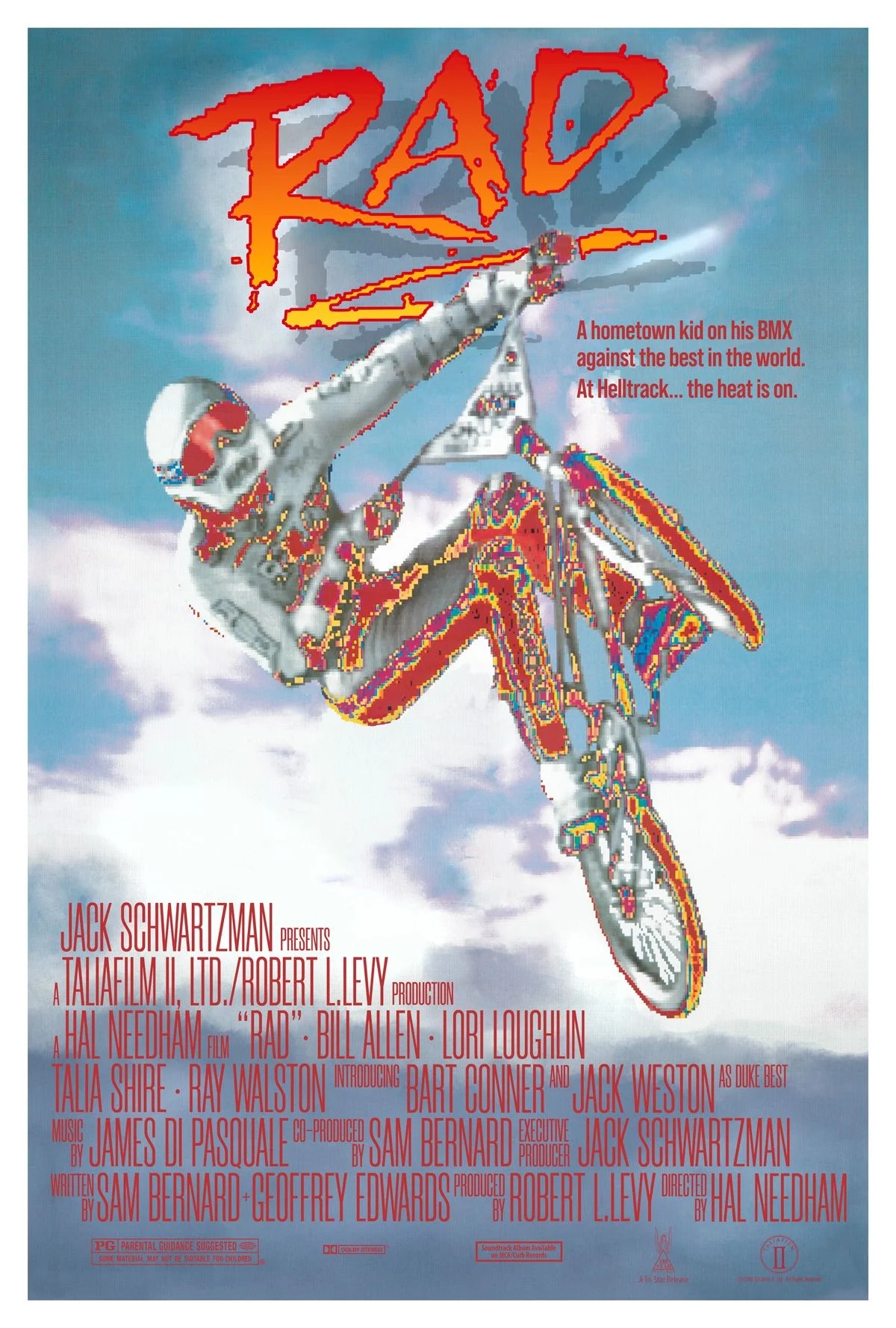