It's capable of transforming loved ones into bloodthirsty killers, and after initially being featured in David Cronenberg's Rabid, the hunger-inducing infection finds new life in Jen and Sylvia Soska's remake of the 1977 film. Following its theatrical, VOD, and Digital release in December, Scream Factory is unleashing Rabid on Blu-ray this February, and we have a look at the cover art and full list of bonus features, including an audio commentary with the Soskas.

Press Release: Rabid comes to Blu-ray™ from Scream Factory on February 4, 2020, and includes an audio commentary with directors & writers Jen & Sylvia Soska, an interview with actress Laura Vandervoot, and the theatrical trailer.

A gruesome accident ... an experimental treatment ... an unstoppable nightmare. Jen and Sylvia Soska bring you a terrifying new take on the legendary David Cronenberg's Rabid.

Demure and unassuming fashion designer Sarah (Laura Vandervoort, Jigsaw), horribly disfigured after a grisly collision, agrees to undergo an untested procedure involving stem cells to restore her damaged face. This miracle cure causes her to recover beyond her wildest imagination: Sarah now looks as beautiful as the models she works with. But as her confidence – and her sexual appetite – grows, it comes with a price: Sarah is now the carrier of a contagion that causes her lovers to become violent spreaders of death. As the disease spirals out of control, time is running out in the race to find a cure. 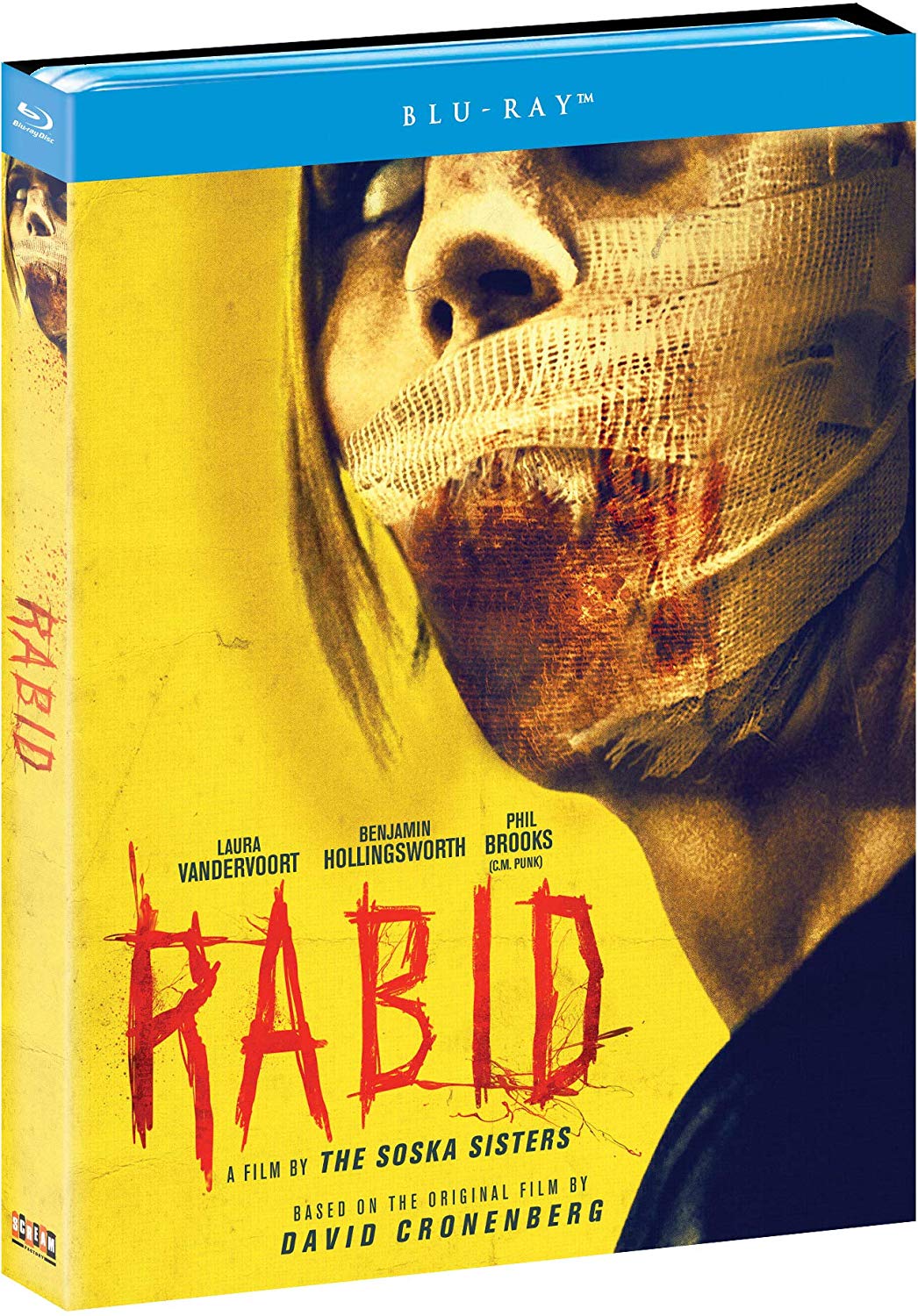