The first story to be set after the conclusion of B.P.R.D.: The Devil You Know, Mike Mignola, Christopher Golden, Thomas Sniegoski, Peter Bergting, Michelle Madsen, and Clem Robins are back for Frankenstein: New World, a four-part miniseries that begins this August!

"Legendary Hellboy creator Mike Mignola, bestselling novelist and comics writer Christopher Golden, comics writer Thomas Sniegoski, artist Peter Bergting, colorist Michelle Madsen, and longtime Hellboy letterer Clem Robins are returning to the Hellboy universe for Frankenstein: New World, an all-new four-part miniseries from Dark Horse Comics. Frankenstein: New World features the return of Mignola’s take on the Frankenstein monster with the first story to be set chronologically after the conclusion of B.P.R.D.: The Devil You Know, which had concluded the epic story of Hellboy and the B.P.R.D. Mignola will illustrate a variant cover for issue #1, colored by award-winning colorist Dave Stewart.

“At the end of B.P.R.D.: The Devil You Know when we burned down the world and then started it again with frog people, I really did think that would be all we’d see of it,” said Mignola. “And in that same issue, that little glimpse of the Frankenstein monster in the center of the earth, that’s the last I thought we’d see of him. But…when Chris and Tom came to me with the idea of having Frankenstein’s adventures in Frog World, I think it took me about ten seconds to say YES. And then two minutes later I think we were on the phone talking about all the possibilities. I just don’t seem to be able to put a lid on this thing—which I guess is a good thing.”

Safely tucked away inside the hollow earth where humanity survived after Ragna Rok, precocious young Lilja receives visions of a new darkness taking root on the surface. Defying her elders, Lilja awakens the timeless oracle––once known as Frankenstein––to investigate the warnings and, perhaps, even explore the new world above.

“I’ve always had a thing for Frankenstein’s monster,” said Thomas Sniegoski. “I loved the idea of using him as a recurring character in his own adventures, so when Mike added him to the Hellboy universe, I was ecstatic. The stories that we got with the character were cool, but I most definitely wanted more. The last we saw of him was at the end of B.P.R.D. when he was leading some survivors of the apocalypse to the center of the earth. I always wondered if we would see him again—and now, I guess we are! Working with Chris, Mike, and the amazing Peter Bergting has been an absolute blast. This is the kind of weird-ass Frankenstein story that I’ve always wanted to read, and now I get to help write it!”

“Frankenstein: New World actually started with artist Ben Stenbeck, though he doesn’t know it,” said Golden. “Ben had drawn a group shot of a number of Hellboy universe characters (plus Lord Baltimore) together and included Frankenstein holding a staff that had the sword of Hyperborea atop it. Thomas Sniegoski and I were on the phone the next day talking about it, and Tom said something about what a shame it was that the Frankenstein character was lying fallow. As so often happens, a casual comment turned into something more. I said, off-hand, that since the last time we’d seen him he was leading the last of humanity down beneath the surface of the world, we should do a series about Frankenstein returning to the surface world after two thousand years in the hollow earth (after the events of B.P.R.D.: The Devil You Know) and wandering a New World that has no memory of humanity. The second it came out of my mouth, I knew we had to do it. One of Tom’s favorite comics of all time is DC’s Kamandi, and I knew his imagination was already firing like crazy. About five minutes later, we told the idea to Mike Mignola, and he said yes faster than he’s said yes to anything we’ve ever suggested to him. Frankenstein: New World is the weirdest comic either of us has ever done, quiet and creepy and—we hope—a nice balance of dread and wonder. Peter Bergting is doing maybe the most beautiful work of his career thus far, unburdened by pesky things like architecture. This is Peter’s natural element, right here.” 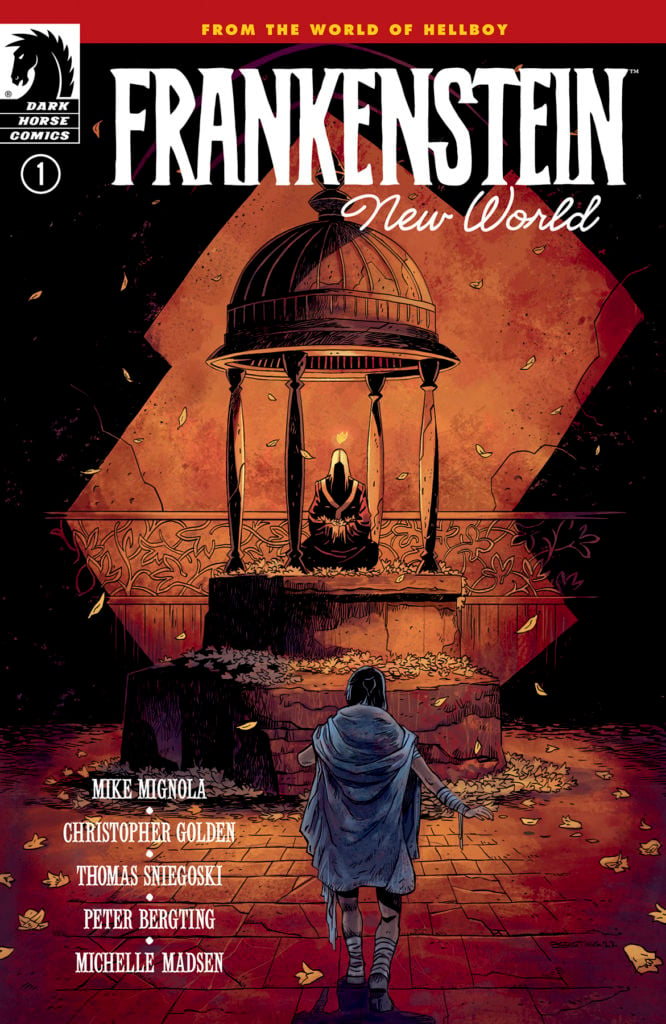 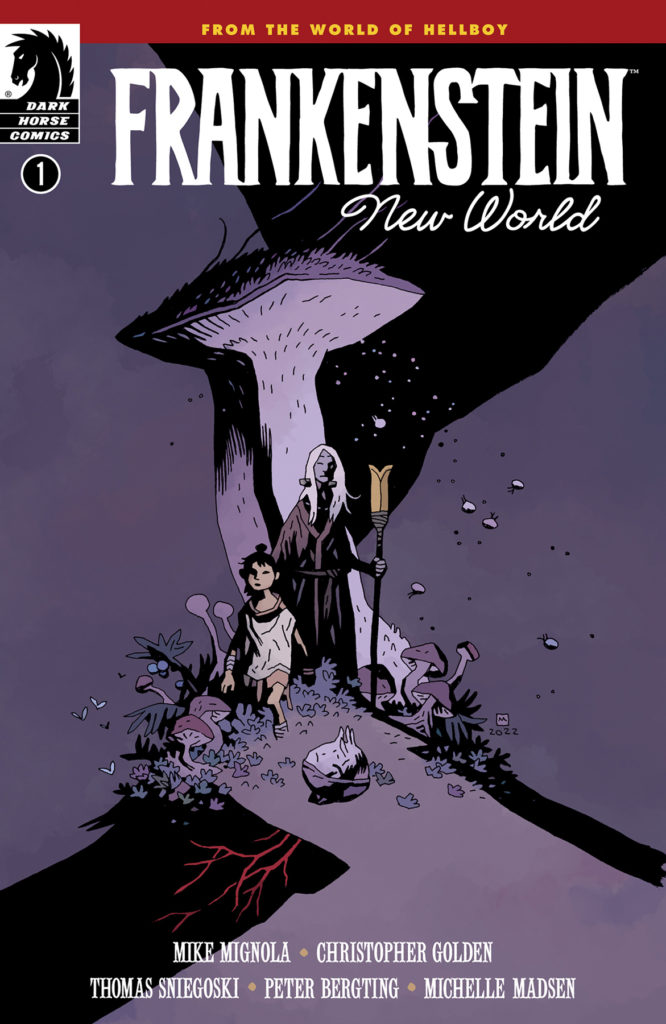