MORBIUS Coming to Digital on May 17th and 4K Ultra HD, Blu-ray, and DVD on June 14th

If you're waiting to see Morbius from the comfort and safety of your own home, then your wait won't be long, as Sony Pictures Home Entertainment will release the film on Digital beginning May 17th, followed by a 4K Ultra HD, Blu-ray, and DVD release on June 14th, and we have a look at the cover art and full list of special features.

Synopsis: "One of the most compelling and conflicted characters in Sony Pictures Universe of Marvel Characters comes to the big screen as Oscar® winner Jared Leto transforms into the enigmatic antihero Michael Morbius. Dangerously ill with a rare blood disorder and determined to save others suffering his same fate, Dr. Morbius attempts a desperate gamble. While at first it seems to be a radical success, a darkness inside him is unleashed. Will good override evil – or will Morbius succumb to his mysterious new urges?" 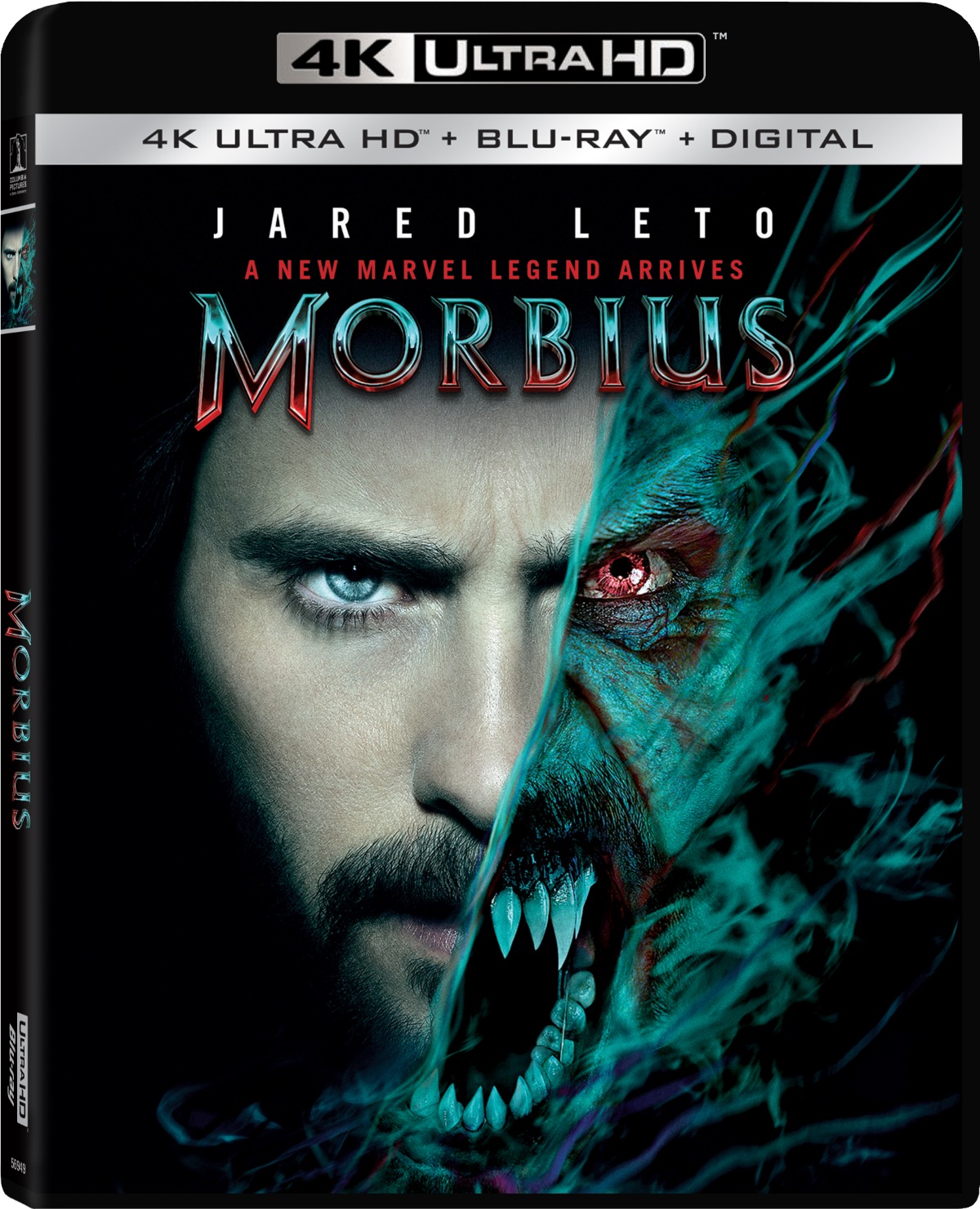