Following its initial release on AT&T AUDIENCE Network back in 2019, the entire third season of Mr. Mercedes (based on Stephen King's Bill Hodges trilogy) is coming to Peacock on March 4th, joining the first two seasons on the streaming service:

Press Release: Based on the best-selling Bill Hodges trilogy (Mr. Mercedes, Finders Keepers, and End of Watch) by Stephen King, MR. MERCEDES returns for its much-anticipated third season. When beloved local author John Rothstein is found murdered, Hodges, Holly, and Jerome, along with local police, must track down his killer. But this case is more complex than the cold-blooded killing of an American icon. Unpublished novels of Rothstein’s were stolen from his home, and they are worth millions. As the case unfolds, the trio learns that although Brady Hartsfield may be gone, his depravity lives on in the lives of his victims.

Season three of MR. MERCEDES premieres on Thursday, March 4 on Peacock. All 10 episodes will drop at once. Seasons one and two are now streaming on Peacock. 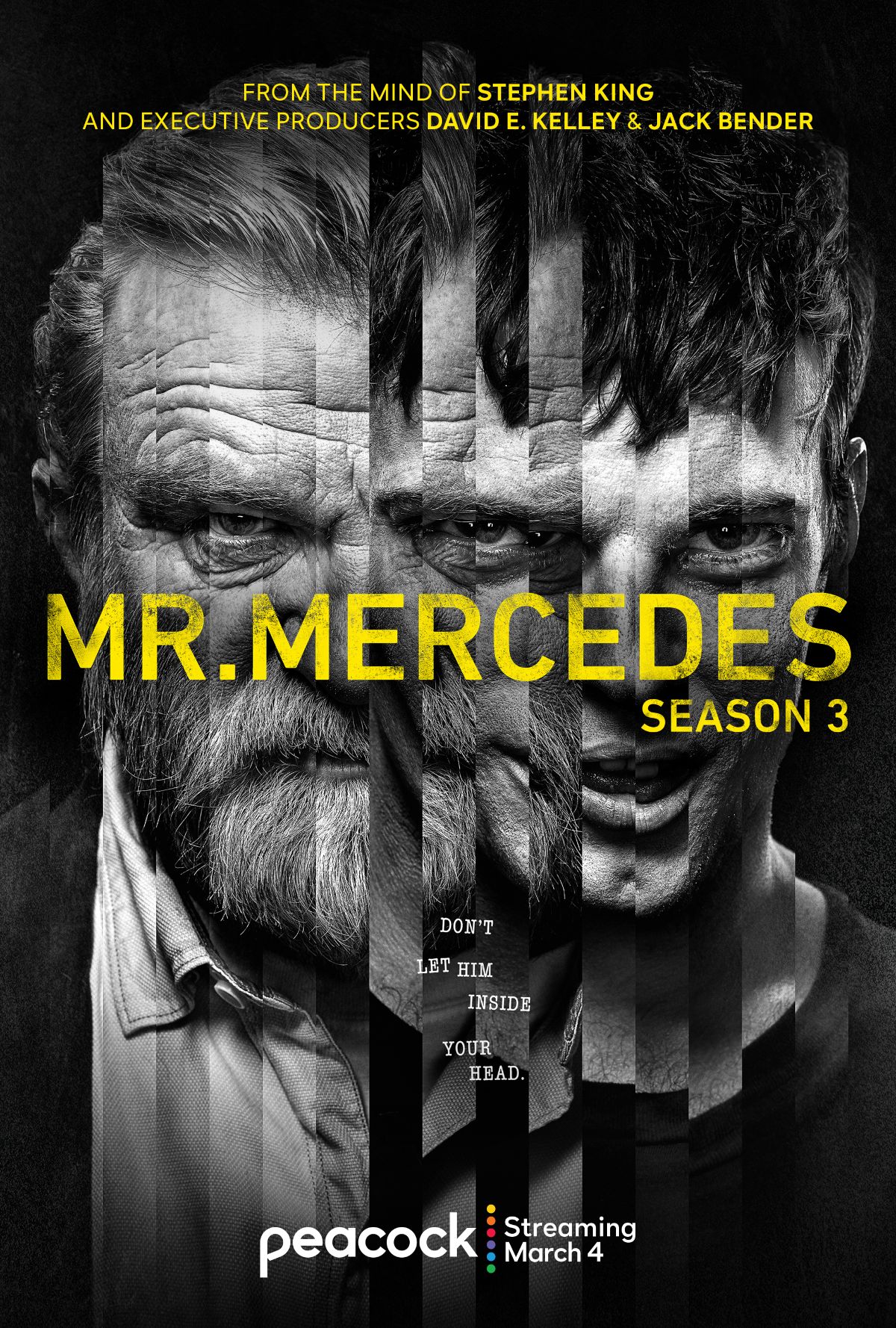