While The Walking Dead comic book series may have come to a surprise end last year with the 193rd issue, writer Robert Kirkman and artist Charlie Adlard are picking up the story of Negan for a good cause in a new one-shot.

Continuing the story of the polarizing former leader of the Saviors, Negan Lives #1 will be released exclusively in comic book stores on July 1st, with 100% of the book's revenue going to the shops that sell it.

This is Kirkman and Adlard's way of giving back to comic book stores in the days of the COVID-19 pandemic, and it will also be a special treat for readers to re-enter the world of The Walking Dead.

For additional details, we have the official cover art and press release:

This shipment arriving in July will be without financial burden to receiving retailers—with no freight cost for them to worry about. “I've been inspired by Steve Geppi and Diamond's efforts to shine a light on how essential the Direct Market is to our beloved industry with their #backthecomeback campaign,” said Kirkman. “While Charlie Adlard and I had laid the series to rest, this felt like something special we could do for the store owners who made our series a success to begin with. To that end, I'm happy to report that 100% of the revenue generated from this book will go to the stores selling it. The retailer community does backbreaking work to get comics into the hands of our loving fans, we should all be doing more in these trying times to show them how appreciated they are.”

Negan Lives #1 will not be available digitally and will be available exclusively at comic book shops. Fans interested in ordering a copy can find the comics store closest to them on Local Comic Shop locator. Many comic book shops are fulfilling orders online and via curbside pickup.

Spurned by a slowly rebuilding society, Negan lives a life of desperate isolation... or does he? In the tradition of Here’s Negan, this all-new story in Negan Lives #1 gives readers a glimpse into what has happened to one The Walking Dead's most popular characters in the time since his last appearance in The Walking Dead #174.

As long-time readers of the post-apocalyptic survival series will recall, The Walking Dead #174 proved to be a pivotal point for Negan, as he was tracked down and confronted by a vengeful Maggie, still heartbroken and furious over the murder of her husband, Glenn, in The Walking Dead #100.

ABOUT SKYBOUND ENTERTAINMENT
Founded in 2010, Skybound Entertainment is a multiplatform entertainment company specializing in television, comics, film, digital content, interactive, gaming, and merchandise. The company is led by The Walking Dead creator Robert Kirkman and his longtime producing and business partner David Alpert. 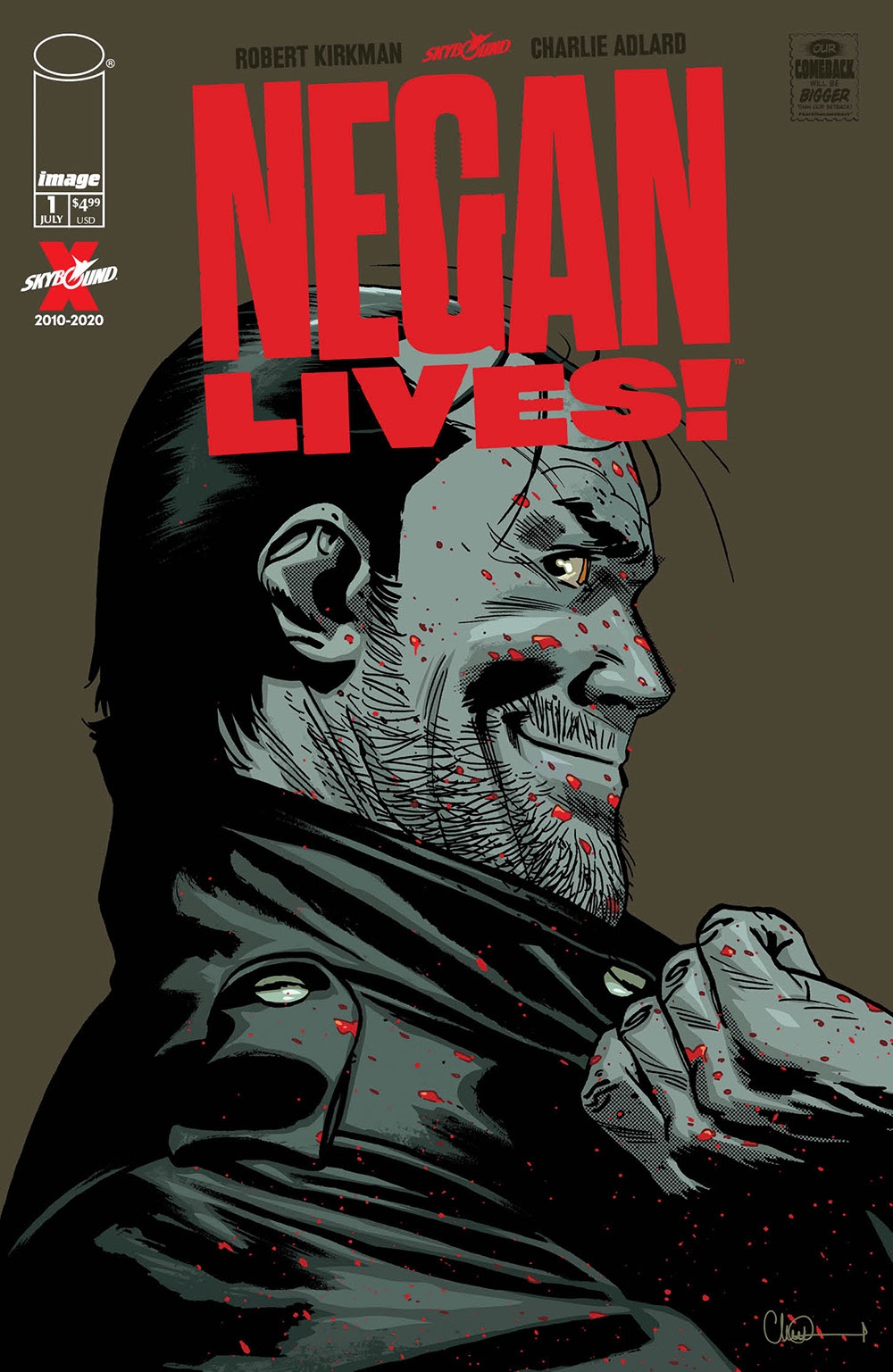