HBO has announced that they'll be taking viewers into Lovecraft Country (based on Matt Ruff's novel of the same name) on Sunday, August 16th, and along with the premiere date comes a new poster for the series that's executive produced by Misha Green, Jordan Peele, and J.J. Abrams.

Press Release: From showrunner and executive producer Misha Green, HBO’s new drama series LOVECRAFT COUNTRY debuts SUNDAY, AUGUST 16 (9:00-10:00 p.m. ET/PT) on HBO and will be available to stream on HBO Max. Based on the novel of the same name by Matt Ruff, the ten-episode series follows Atticus Freeman (Jonathan Majors) as he journeys with his childhood friend Letitia (Jurnee Smollett) and his uncle George (Courtney B. Vance) on a road trip from Chicago across 1950s Jim Crow America in search of his missing father Montrose (Michael Kenneth Williams). Their search-and-rescue turns into a struggle to survive and overcome both the racist terrors of white America and monstrous creatures that could be ripped from an H.P. Lovecraft paperback. 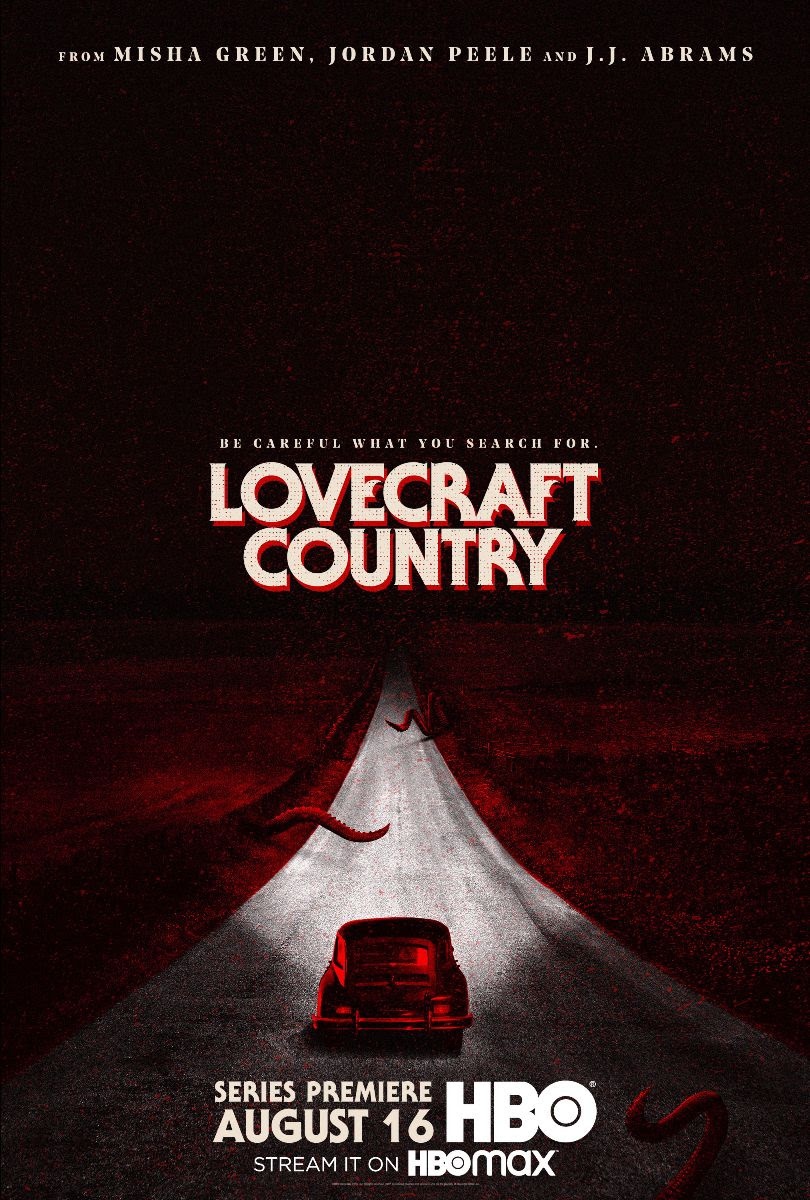