You can view some of the immaculately detailed illustrations below, and to learn more, visit the new release's Amazon page and Hijo's official website.

"Let the fantastic vision of Guillermo del Toro guide your tarot practice with this sumptuously illustrated deck inspired by the haunting world of the award-winning filmmaker.

From the macabre world of Guillermo del Toro comes a deliciously twisted take on a traditional seventy-eight-card tarot deck. Designed and illustrated by Tomás Hijo, this deck features sumptuous original artwork inspired by the themes, imagery, and characters of some of del Toro’s most popular films, including Pan’s Labyrinth, Crimson Peak, and The Shape of Water. Featuring both major and minor arcana, the set also comes with a helpful guidebook explaining each card’s meaning, as well as a simple introduction to creating and reading spreads. Packaged in a collectible gift box, this imaginative set is the perfect gift for del Toro collectors and tarot enthusiasts alike." 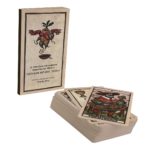 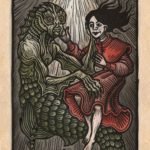 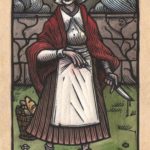 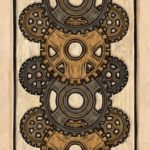 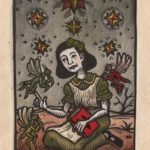 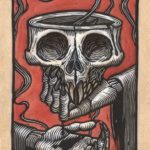 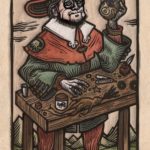 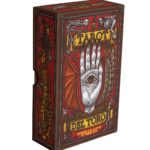