A twisted take on one of the most popular Grimm fairy tales, filmmaker Osgood Perkins invites viewers deep into the woods with his new movie Gretel & Hansel, and with the film's release fast approaching, we've been provided with a new "Witchcraft" featurette and images from the movie.

You can watch the cast and crew discuss Gretel & Hansel in the new video below, and we also have a look at new images from the film following their unveiling on Bloody Disgusting.

"Sophia Lillis (IT: Chapter 2) is Gretel in Orion Pictures' upcoming GRETEL & HANSEL. Directed by Osgood "Oz" Perkins (The Blackcoat's Daughter, I Am The Pretty Thing That Lives In The House), the dark reimagining of the classic fairytale we know and love creeps into theaters nationwide on January 31, 2020.

A long time ago in a distant fairytale countryside, a young girl (Sophia Lillis, It) leads her little brother (Sammy Leakey) into a dark wood in desperate search of food and work, only to stumble upon a nexus of terrifying evil.

From Osgood Perkins, the director of The Blackcoat's Daughter and I Am the Pretty Thing That Lives in the House, the film also stars Alice Krige ("The OA," Star Trek: First Contact), Jessica De Gouw ("Underground," "Arrow") and Charles Babalola ("Black Mirror," The Legend of Tarzan). 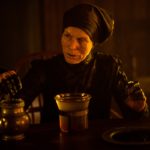 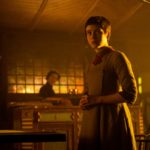 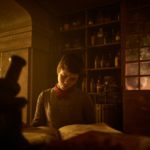 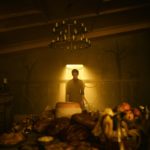 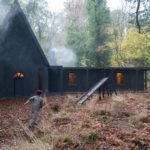