Nominations for Fangoria’s 2022 Chainsaw Awards Include CANDYMAN, CHUCKY, THE STYLIST

It's that frightfully delightful time of year again for Fangoria's highly anticipated Chainsaw Awards, with this year's nominees including Nia DaCosta's Candyman, Don Mancini's Chucky series, Jill Gevargizian's The Stylist, and many more!

You can check out the full list of nominees below, and to cast your votes, visit:

In their most recent magazine issue, FANGORIA officially announced the nominations for its 2022 Chainsaw Awards, and horror fans everywhere can currently cast their votes at https://www.fangoria.com/original/chainsaw-awards-2022/ for their favorite films, television series, directors, artists, and more that kept us all thrilled, chilled and entertained throughout the course of 2021. Winners will be celebrated later this year during a yet-to-be-revealed Chainsaw Awards event.

The 2022 Chainsaw Awards Nominees include fan favorite films such as James Wan’s Malignant, Candyman from Nia DaCosta, and Edgar Wright’s Last Night in Soho, as well as indie hits like Werewolves Within from Josh Ruben, Rose Glass’ Saint Maud and Censor from Welsh filmmaker Prano Bailey-Bond.

2021 was also a big year for televised horrors, too, with the release of shows such as Chucky from creator Don Mancini, Mike Flanagan’s Midnight Mass and the hit anthology series Creepshow which all were honored with nominations, and this year sees the Chainsaw Awards adding a Best Documentary category for the first time ever as well.

“Horror is always fertile ground for excellence, and 2021 offered an embarrassment of riches,” said FANGORIA Editor-in-chief Phil Nobile Jr. “Most of the voter feedback this year has been how hard it was to pick a favorite in any category. We concur.”

All of the 2022 Chainsaw Awards are chosen by the horror community, and everyone can cast their vote now at https://www.fangoria.com/original/chainsaw-awards-2022/. Voting for this year’s Chainsaw Awards will close on Thursday, March 31st at 11:59 PM EST.

Here’s a full list of the 2022 FANGORIA Chainsaw Award nominees:

My Heart Can’t Beat Unless You Tell It To

The Boy Behind the Door

The Queen of Black Magic

I Know What You Did Last Summer

Clint Mansell, In The Earth

Francois Dagenais, Spiral: From the Book of Saw

Chieko Matsumoto, Prisoners of the Ghostland

Dark Shadows and Beyond: The Jonathan Frid Story

FANGORIA first launched in 1979 as a magazine celebrating genre filmmaking and continues to be published as a printed quarterly to this day. The mag was acquired in 2020 by producer Tara Ansley and entrepreneur Abhi Goel who have looked to expand its brand while also resurrecting its sister brands Starlog and Gorezone in the digital space. 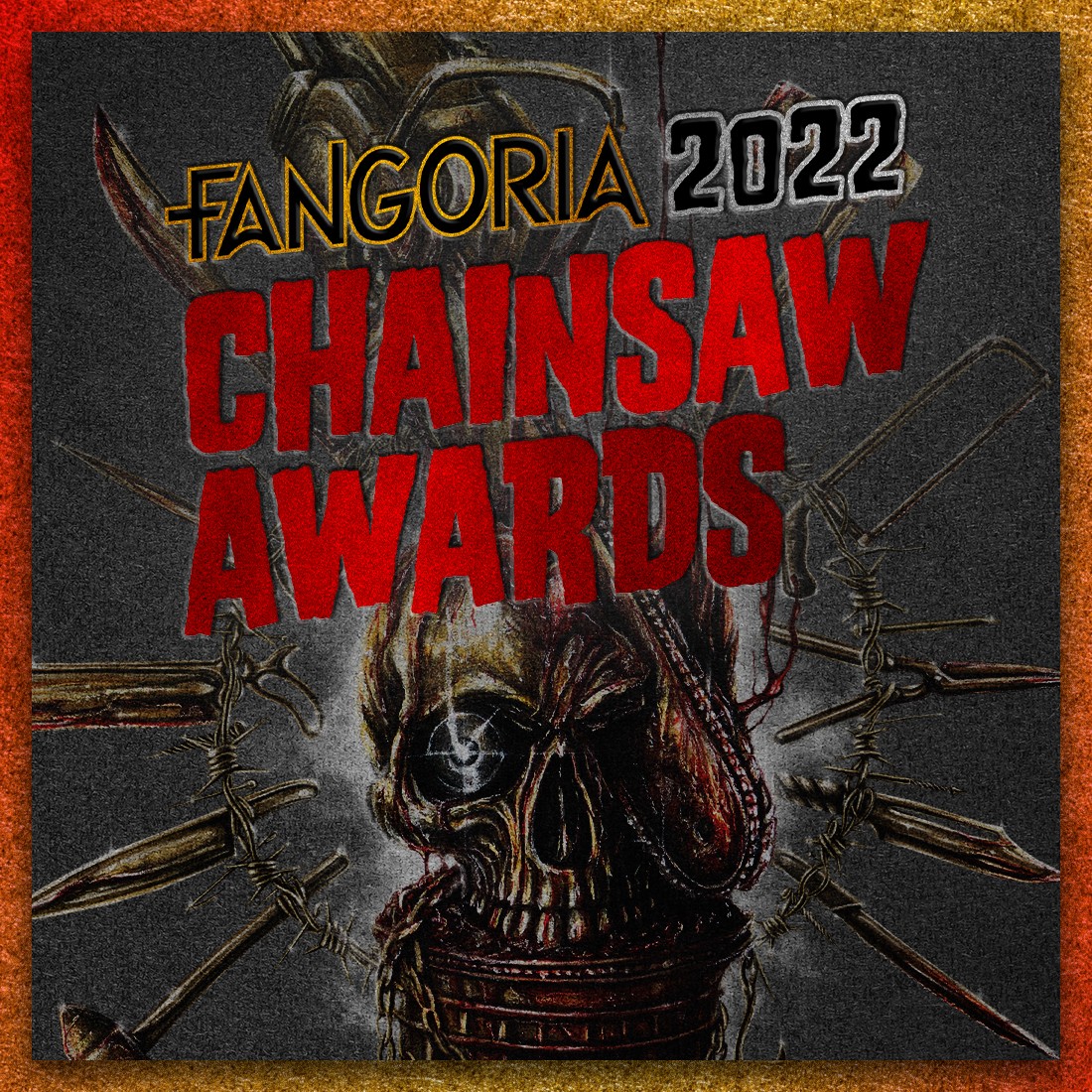