Back in 2015, Jason Lei Howden rocked horror viewers with his heavy metal horror film Deathgasm, and now he's back behind the camera with his second feature film, Guns Akimbo. Ahead of its release this February from Saban Films, the official trailer and poster for Guns Akimbo have been revealed, featuring Daniel Radcliffe, Samara Weaving, and a whole lot of intense action.

Synopsis: "Miles’ (Daniel Radcliffe) nerdy existence as a video game developer takes a dramatic turn when he inadvertently gets caught up as the next contestant with SKIZM, an underground gang live-streaming real-life death matches. While Miles excels at running away from everything, that won’t help him outlast Nix (Samara Weaving), a killer at the top of her game." 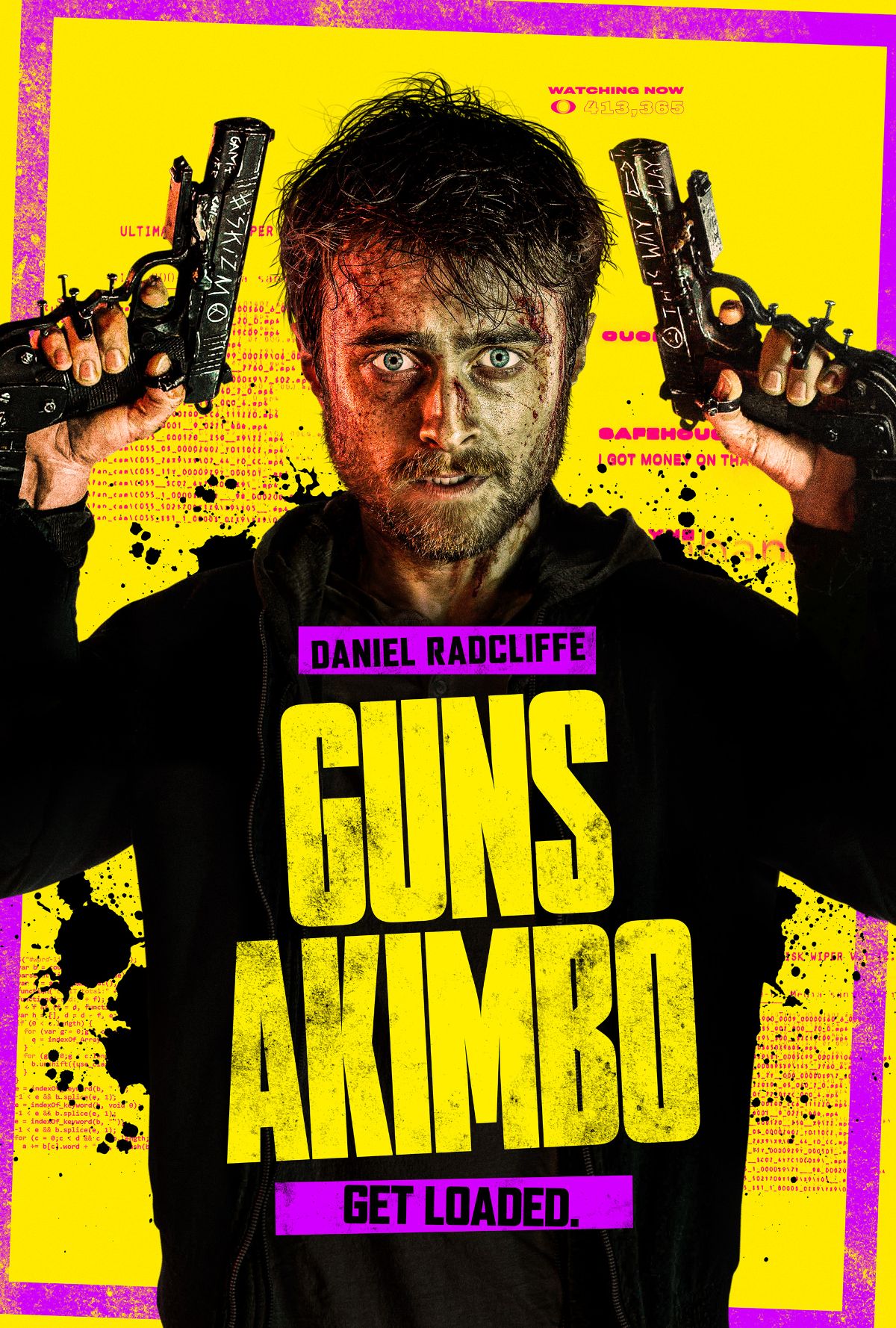