Official Trailer and Poster for SWALLOW

In her five-star Fantastic Fest review, Emily von Seele wrote that Swallow "is a captivating film that explores gender roles and mental health in a unique way." Following its run on the festival circuit, you can soon see the thought-provoking thriller for yourself, as IFC Films is bringing Swallow to select theaters and digital and VOD on March 6th, and we've been provided with the official trailer and poster to share with Daily Dead readers:

"IFC Films invites you to screen genre-bending feminist thriller SWALLOW, directed by Carlo Mirabella-Davis. The film had its world premiere at the 2019 Tribeca Film Festival 2019 where it earned glowing reviews, made an audience member faint, and won the “Best Actress” Award for its lead, Haley Bennett. The film also garnered awards at multiple festivals throughout the U.S., specifically sweeping the awards at Brooklyn Horror Film Festival, including another "Best Actress" and "Audience Award".

Joe Wright, the director of DARKEST HOUR and ATONEMENT, was an active creative executive producer on the film. As well as, Mollye Asher, winner of the Producer Award at this year's 2020 Indie-Spirit Awards and Emmy-nominated, multiple Indie-Spirit Award winning producer, Mynette Louie were all on board.

On the surface, Hunter (Haley Bennett) appears to have it all. A newly pregnant housewife, she seems content to spend her time tending to an immaculate home and doting on her Ken-doll husband, Richie (Austin Stowell). However, as the pressure to meet her controlling in-laws and husband’s rigid expectations mounts, cracks begin to appear in her carefully created facade. Hunter develops a dangerous habit, and a dark secret from her past seeps out in the form of a disorder called pica - a condition that has her compulsively swallowing inedible, and oftentimes life-threatening, objects. A provocative and squirm-inducing psychological thriller, SWALLOW follows one woman’s unraveling as she struggles to reclaim independence in the face of an oppressive system by whatever means possible." 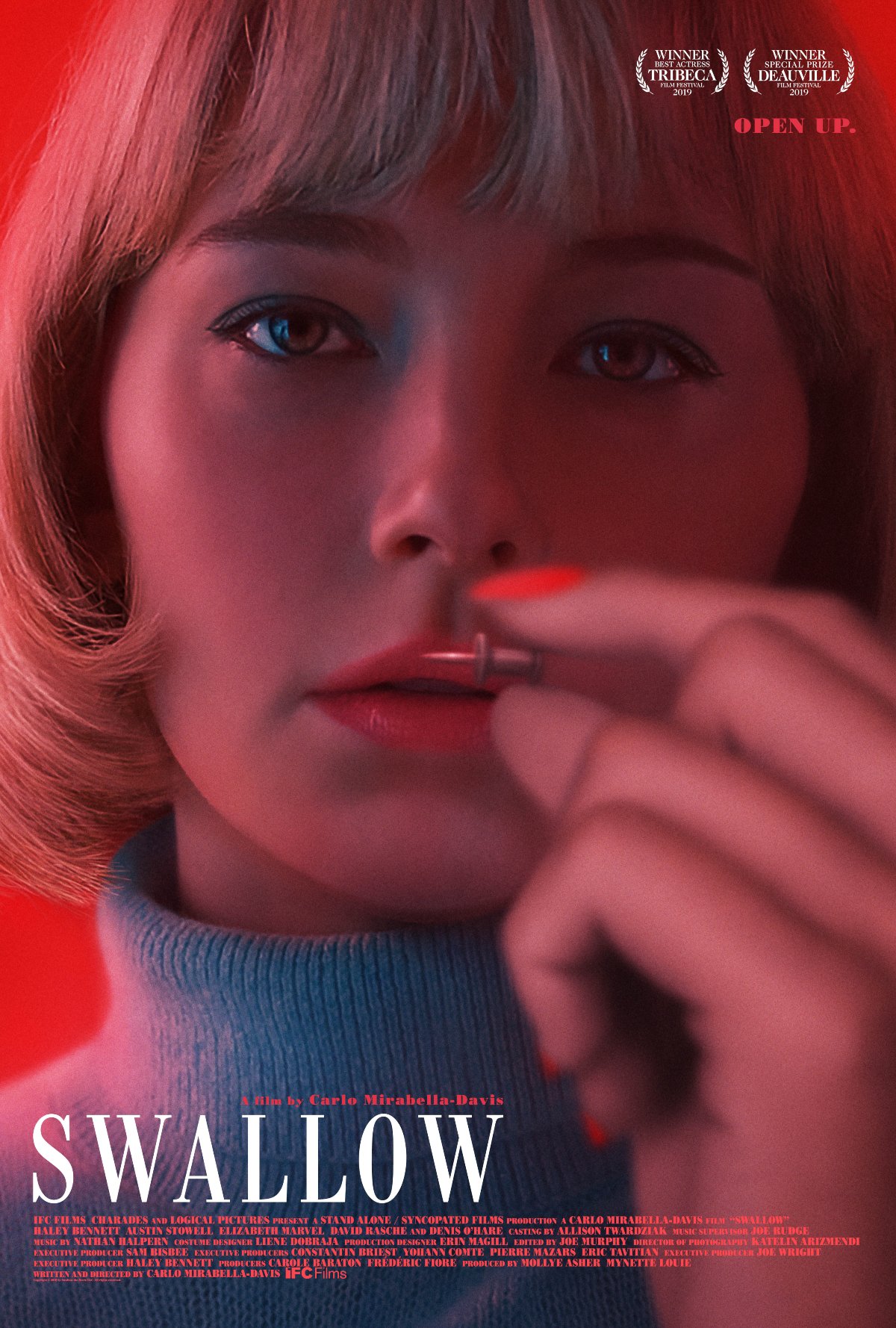