"Just as the Predators make their Marvel debut, fans can experience their original comics legacy in PREDATOR: THE ORIGINAL YEARS OMNIBUS VOL. 1. Following the landmark 1987 film, the Predator franchise thrilled comic book readers with various series depicting terrifying encounters with the extraterrestrial hunters and exploring the dark history of their species.

Both Predator aficionados and newcomers will be able enjoy these classic tales in hardcover format this July.

Nowhere is safe when the remorseless alien killers stalk the concrete jungle of New York City, leave a trail of death across the American Southwest and ignite the Cold War by landing in Siberia! Find out if the Predators came to Earth during Vietnam or World War I and see the hunters make a new enemy in Dutch’s brother, Detective John Schaefer. Read on as an Arizona prison becomes a slaughterhouse and witness a Predator vs. psychotic Predator showdown in the Pine Barrens of New Jersey! Finally, take a trip to 1950s Hollywood, where only a child with special glasses can see the monster in the midst of Tinseltown! It’s total carnage, Predator-style! This unprecedented collection includes: PREDATOR (1989) #1-4, PREDATOR 2 #1-2, PREDATOR: BIG GAME #1-4, PREDATOR: COLD WAR #1-4, PREDATOR: THE BLOODY SANDS OF TIME #1-2, PREDATOR: RACE WAR #1-4, PREDATOR: BAD BLOOD #1-4, PREDATOR: INVADERS FROM THE FOURTH DIMENSION, PREDATOR: DARK RIVER #1-4, PREDATOR: STRANGE ROUX and PREDATOR: KINDRED #1-4 — plus material from DARK HORSE PRESENTS (1986) #46, #67-69 and #119; DARK HORSE COMICS #1-2, #4-7, #10-14, #16-18 and #20-21; and A DECADE OF DARK HORSE #1.

Check out the cover by artist Iban Coello below, the direct market variant cover by artist Chris Warner, and stay alert for more news about future Predator collections and comic books coming your way! For more information, visit Marvel.com." 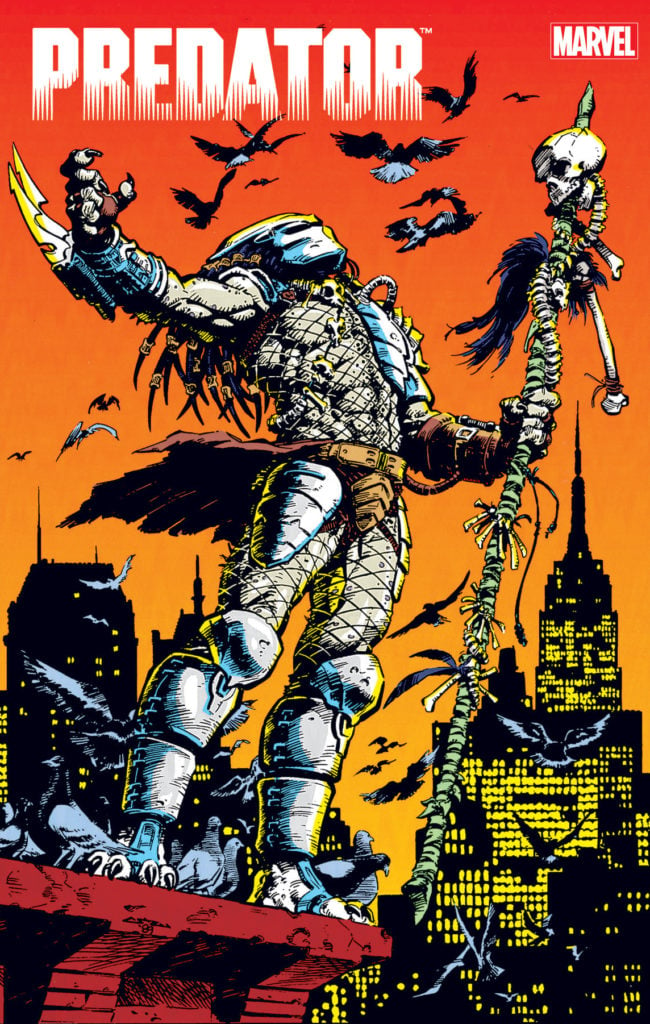 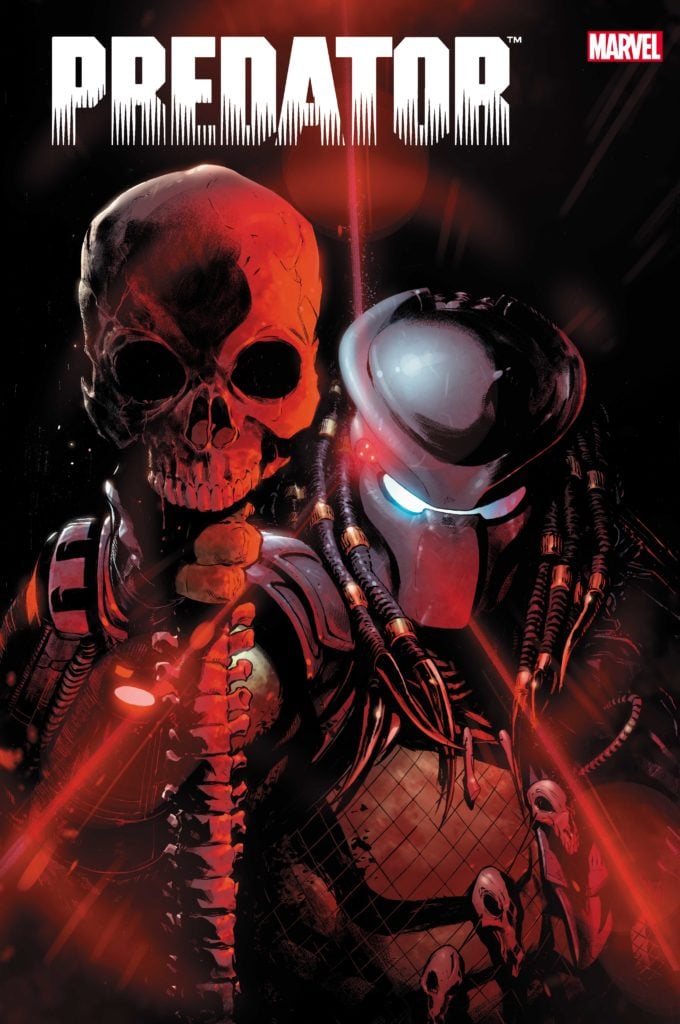