In a truly collaborative spirit of keeping the horror genre alive and well in the COVID-19 era, the Overlook, Popcorn Frights, Boston Underground, Brooklyn Horror, and North Bend Film Festivals are coming together to form Nightstream, a virtual festival happening this fall.

Taking place October 8th–11th, Nightstream will include both feature-length and short films, with proceeds from the festival being shared among the filmmakers involved, as well as local businesses and charitable causes in the respective communities of each festival.

The lineup for Nightstream will be shared at a future time, but you can check out the exciting announcement below, and visit the virtual fest's official website for additional details, including how to secure Earlybird Badges!

Press Release: Thursday, August 13th, 2020 — In response to the many challenges impacting the film community amid the Covid-19 pandemic, and the concerns of safety and security that presently come with physical exhibition and festivals, a collective online initiative will be launched by organizers of a number of American genre festivals for the upcoming fall season to offer a singular experience for U.S. audiences. Together the Boston Underground Film Festival (MA), Brooklyn Horror Film Festival (NY), North Bend Film Festival (WA), the Overlook Film Festival (LA), and Popcorn Frights Film Festival (FL) will join forces under the banner of NIGHTSTREAM to present a dynamic and accessible virtual festival, to run from Oct. 8-11.

Programmers from all five festivals will collaborate on the NIGHTSTREAM feature film line up, and these films will be recognized as an official selection of each festival entity as well. The short film programs will be individually curated by each fest, along with a full slate of live events and panels taking place over the weekend. The lineup is expected to be announced in late September.

Proceeds from the event will be shared with all participating filmmakers and artists, and donations will be made on behalf of each associated festival to charitable causes and local businesses in their home cities. Earlybird Badges are now on sale, and NIGHTSTREAM will offer two options for badges: a five film bundle and ten film package, priced at $55 and $90 respectively with each badge granting unlimited access to live events and panels.

The Boston Underground Film Festival, which usually takes place every March at the historic Brattle Theatre in Cambridge, MA, was forced to abruptly cancel their 22nd annual event due to the pandemic. Popcorn Frights Film Festival, the largest genre film festival in Southeast US, postponed their 2020 edition that was originally slated to take place this month in Fort Lauderdale, FL. Having previously been postponed for this year, the Pacific Northwest destination event North Bend Film Festival was originally set to take place this month in the famed Twin Peaks town near Seattle, WA. The Overlook Film Festival, which annually programs a celebrated slate of horror cinema alongside live performance and interactive events, postponed their upcoming edition, which had been planned for late May in New Orleans. The Brooklyn Horror Film Festival, which specializes in cinema that pushes horror’s boundaries, will move its planned fifth edition up by one week with this transition to virtual.

NIGHTSTREAM will be geo-locked to the U.S. and hosted on Eventive, which offers enhanced security features including the same DRM technology used by Disney+, iTunes, and Netflix, and is trusted by leading distributors and studios including A24, Sony Pictures Classics, Starz, Showtime, and National Geographic. It will function on multiple internet browsers as well as Roku, Apple TV, Chromecast and other connective devices to ensure the most wide-reaching compatibility, as well as comfort for viewers.

The festival will feature a program showcasing a mix of international horror, fantasy, sci-fi, vanguard, and underground films that capture the distinct curatorial l spirit of each festival. Highlighting imaginative, daring, and bold voices in cinema, NIGHTSTREAM will encompass the full scope of genre storytelling and provide an exciting home experience for film fans this Halloween season.

For more information about NIGHTSTREAM, and to view our open letter of intent signed by each collaborating festival, please visit https://nightstream.org

About Boston Underground Film Festival
Since 1999 the Boston Underground Film Festival has been bringing the finest in vanguard filmmaking to New England cinephiles. Taking place every March at the Brattle Theatre and other venues around historic Harvard Square, BUFF celebrates unconventional stories, idiosyncratic voices, fever dreams, nightmarish visions, and all manner of cinematic forms, in service of an audience ravenous for an annual sensory bacchanalia from beyond the mainstream.

About Brooklyn Horror Film Festival
Bringing the best of domestic and international genre cinema to New York City since 2016, the Brooklyn Horror Film Festival is a premier East Coast genre festival that embodies the eclectic spirit of its namesake. Brooklyn Horror not only provides the nightmare fuel that audiences expect but also prides itself on challenging those expectations, spotlighting films that push the boundaries of what is normally deemed horror. Taking place in venues throughout the borough every October, BHFF compliments its ambitious features and shorts programming with exciting and unique live events, crafting a must-attend festival experience for industry members and film fans alike.

About North Bend Film Festival
Best known as the original shooting location for cult-hit and recently re-birthed TWIN PEAKS, North Bend Film Fest engages local and national audiences to enrich, promote and support the creation in independent genre film. Using the town’s fantastical and mysterious energy that once inspired David Lynch, The North Bend Film Festival seeks to provide a platform for emerging filmmakers who focus on vanguard storytelling as well as features groundbreaking virtual & augmented reality experiences and mixed-media immersive events. Working directly with the town of North Bend, NBFF is an event for the local community, Northwest creatives, and national genre film industry to enjoy together.

About The Overlook Film Festival
The Overlook Film Festival is a 4-day celebration of horror set in haunted, historic & iconic venues throughout New Orleans that typically runs in late May. Presenting superior film programming with an expanded focus on experiential events, the festival showcases exciting work in new and classic horror cinema alongside the latest in interactive and live shows for a fully immersive weekend. As a summer camp for genre fans, The Overlook is a community event bringing the best of horror in all its forms to an enthusiastic and appreciative audience within an intimate and inspirational environment.

About Popcorn Frights
Popcorn Frights Film Festival presents the best of contemporary genre cinema from across the world as it celebrates the art of horror. The seven-day festival is Southeast U.S.' largest genre film festival and prides itself on premiering films from emerging and established filmmakers, enabling the industry and general audiences to experience the power of storytelling through genre film. 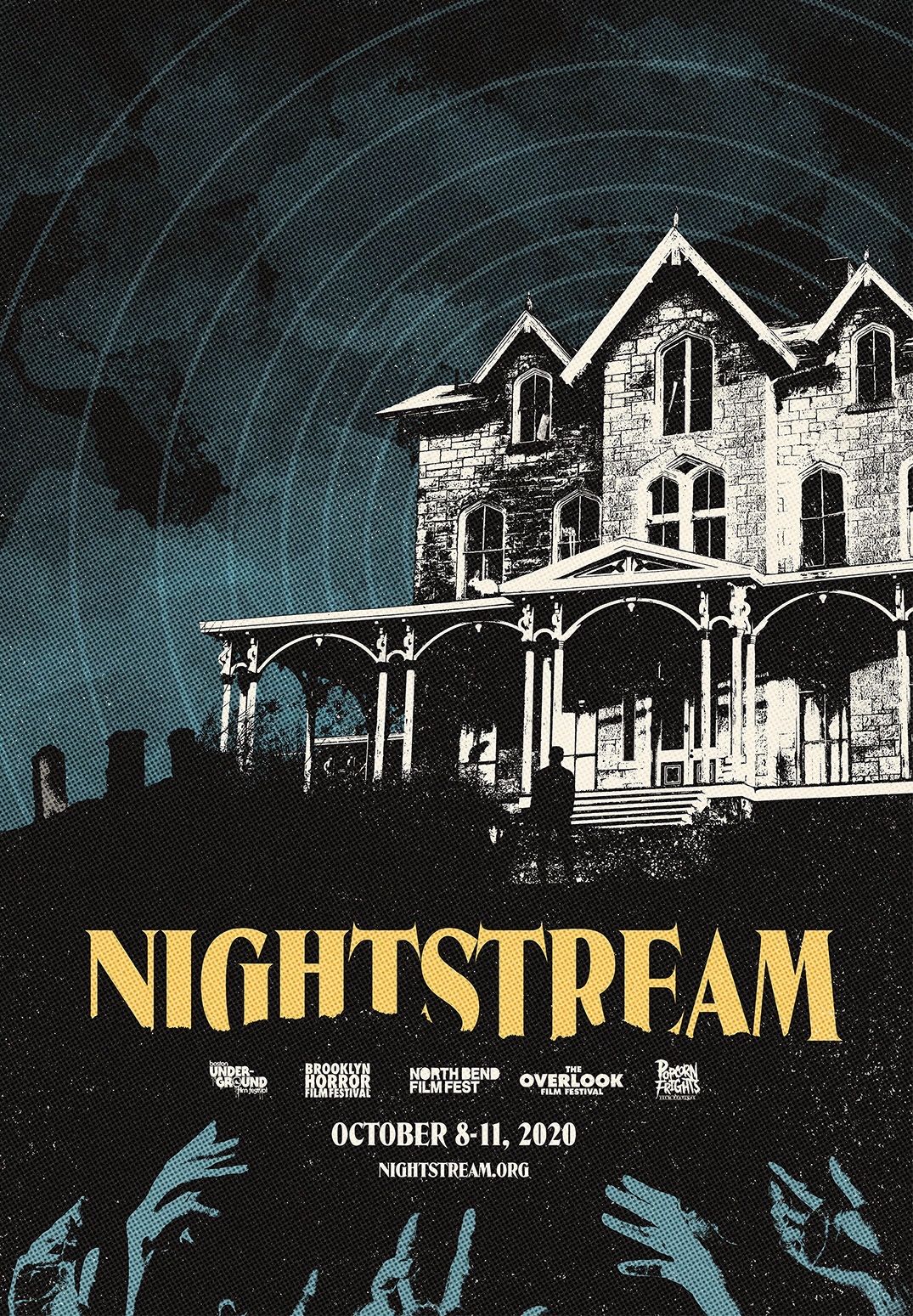